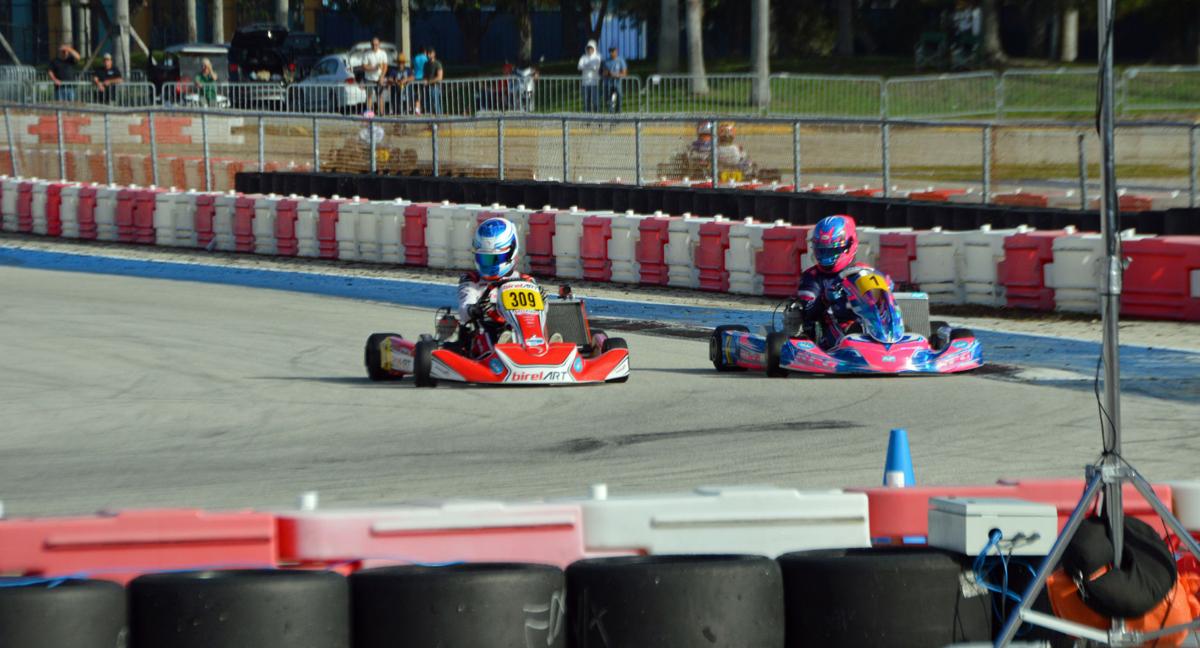 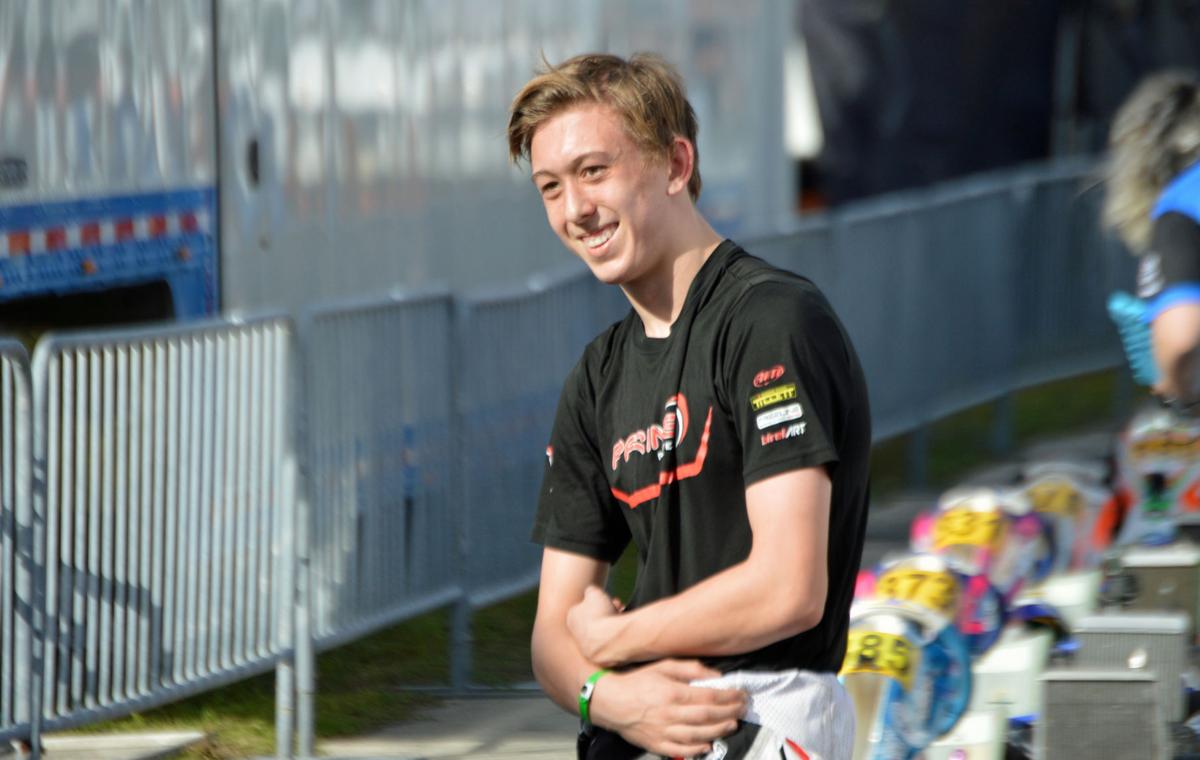 Canadian 16-year old driver Patrick Woods-Toth recorded the best win of his young career when he took the checkered flag of the X30 Senior race in Round 1 of the SKUSA Winter Series at AMR Motorplex.

Woods-Toth passed reigning four-time SKUSA champion Ryan Norberg on the final lap after a back-and-forth battle to win the 22-lap race by .155 seconds.

“The best win of my career for sure,” Woods-Toth said.

“It was a crazy race from the start,” Woods-Toth said. “I had tons of speed all weekend, but Ryan is solid. He’s always fast and he’s almost unbeatable here. We knew we had the speed and just had to play a smart race and follow him. By then we were a little bit faster, he made a little bit of a mistake on the last corner, and went around on the outside.”

Norberg got in front of Woods-Toth in the final laps with a strong pass and initially held off Woods-Toth who was having a look to pass on the next lap before eventually coming through with the late pass.

“I knew if I stayed within a few karts he would have to block,” Woods-Toth said. “As long as I kept the pace up within a few tenths of him, it was just going to come down to the last lap or two.”

The X30 Senior race featured a 44-kart lineup with action all around the 0.7-mile, 11-turn track.

Round 2 of series was held the following day. Woods-Toth took sixth in the second race, but also had the fastest lap time, while Norberg finished second again with Hannah Greenemeier winning the race.

Sebastian Montoya, who won the final round of the 2019 Karting Challenge at the track in the TaG Senior class last month, led briefly in the first race before

finishing sixth. Montoya placed 27th in Round 2 after getting into a mix-up early.

Santino Ferrucci crossed the finish line in first place of the Ignite Senior race in Round 1 ahead of James Perkins, but was assessed a three-second blocking penalty after the race giving the win to Perkins while Ferrucci officially finished fourth.

The 21-year old Ferrucci was able to record a win later in the day, taking home the crown in the KA100 Senior race. He also ran in the X30 Senior race, but did not finish.

“It’s literally just me, Chris Rock, and my dad wrenching on three go-karts so we’re slightly understaffed, but we’re making it work and we’re having fun,” Ferrucci said.

Ferrucci had a second-place finish (Ignite Senior) and third place (KA100 Senior) in Round 2.