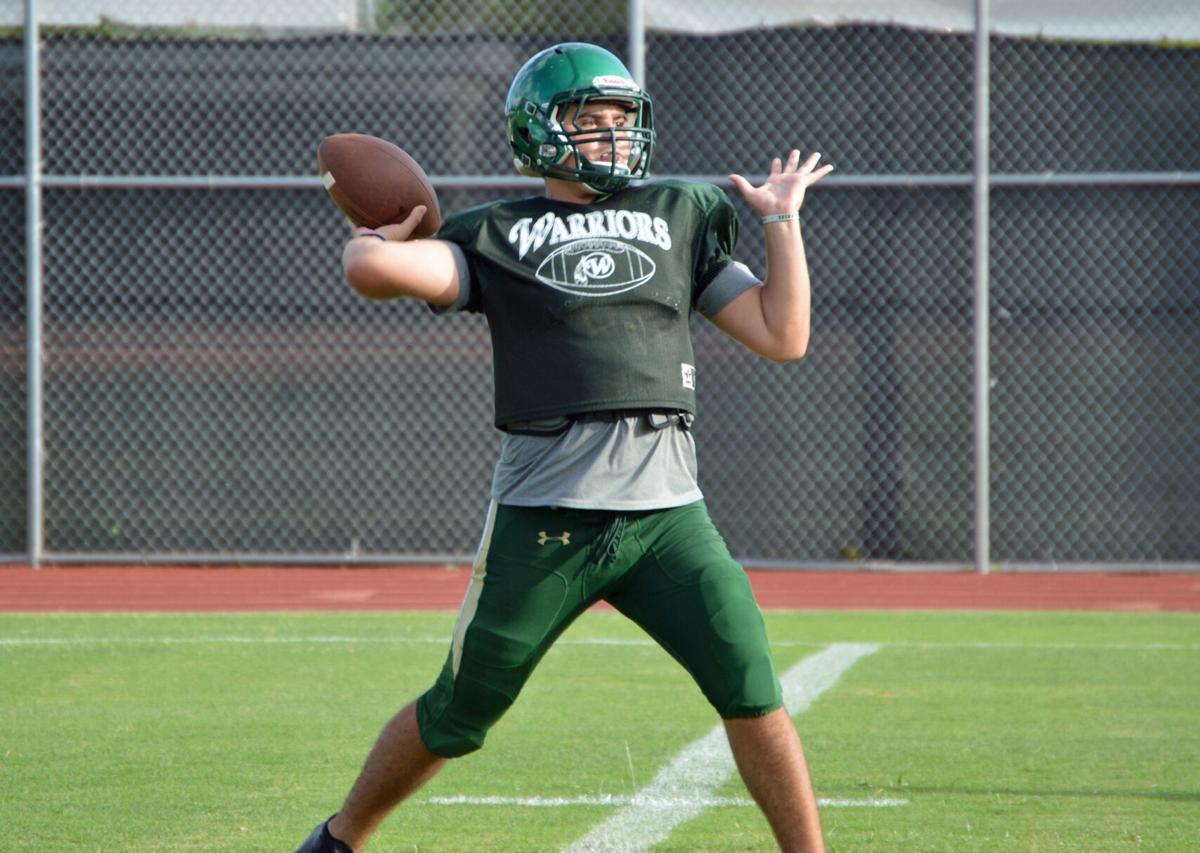 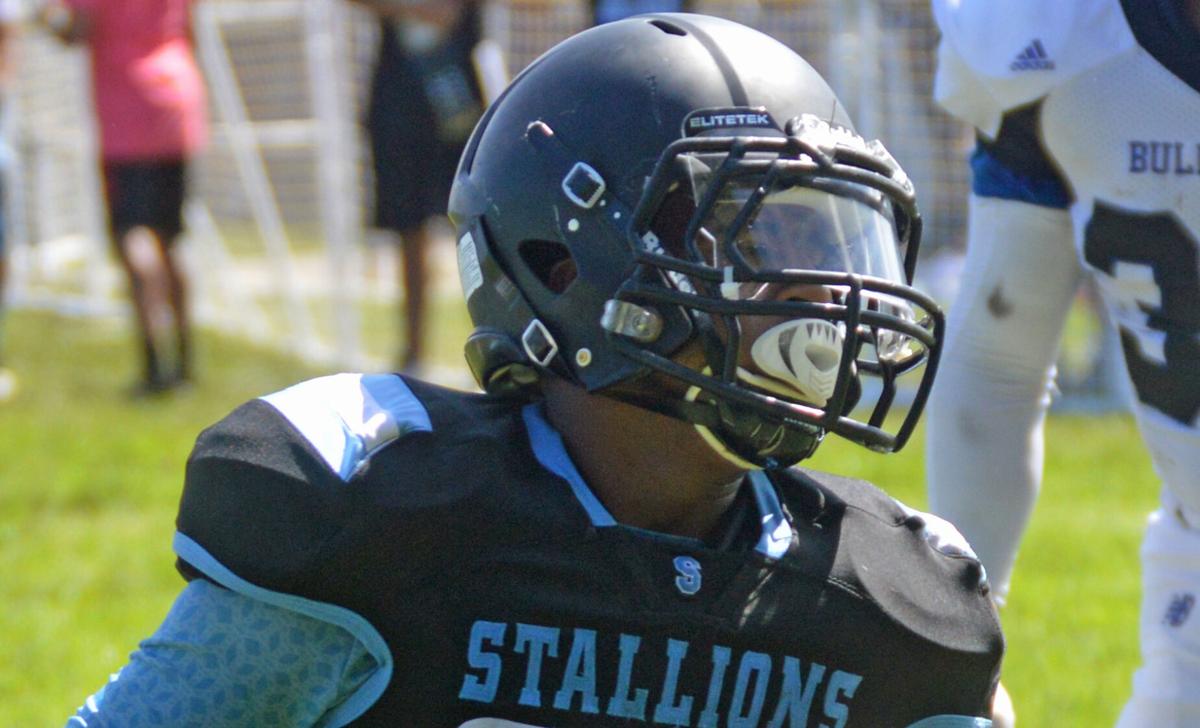 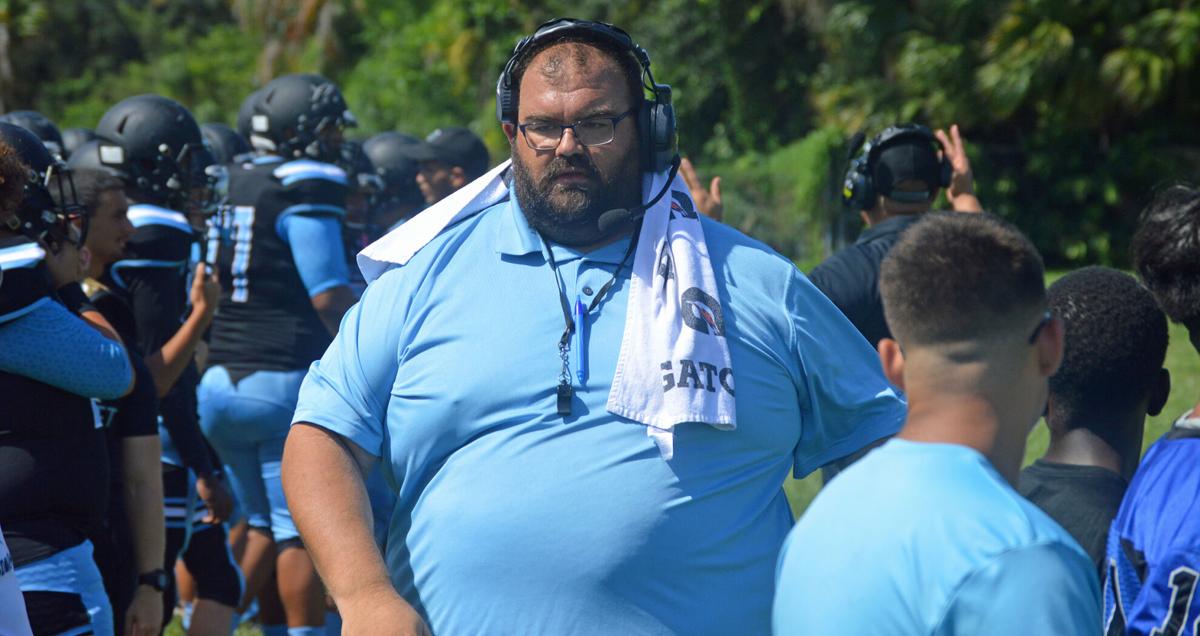 The Warriors are one of three local teams, along with Palm Glades Prep and Coral Shores, who will be opening their season on Friday while Somerset Silver Palms and Everglades Prep have already begun play and will also be in action.

“We’re excited about the season,” Holly said. “It seems like we have been wanting and wishing for this day for about eight months because of the COVID crisis so we’re very excited to get the opportunity to come back on the field and practice and come together to create some sort of normalcy. Spring practice was canceled so we were thrilled that our administration allowed us to come back.”

The Warriors, who went 6-5 last year with a playoff appearance, welcome back senior quarterback Greg Penton who missed last season with a shoulder injury after helping lead the team to a 9-2 record in 2018.

“Greg is an unbelievable person and having his leadership on the team is invaluable to our success,” Holly said. “He has a competitive spirit like no other, the guys follow him, and he absolutely gets the best out of everybody around him. Having him on the field when he’s taking snaps under center is just like having a coach out there. He understands our offense inside and out, has worked really hard, and is going to have a great senior year.”

“We have a great nucleus of guys coming back,” Holly said. “The guys are working really hard and they want to put their mark on Westminster history. The standard at Westminster is set high and it’s one of the reasons why I’m here. We expect a championship culture and we expect championship results and getting back to that opportunity is where we expect to be. 6-5 wasn’t what we were thinking last year, but it was a great learning experience and hopefully it will springboard us for this year.”

Westminster Christian has six games on its regular season schedule, which includes a home game against Palmer Trinity on Oct. 17.

Westminster Christian and Palmer Trinity have had tight battles in recent years with each team winning twice since 2018.

“That’s always a great game, it’s going to be interesting with the fans because every time we get together it seems like it’s sold out,” Holly said. “There seems to be standing-room-only, which is tremendous. Coach (Mark) Reese does a tremendous job at Palmer. He always has his guys ready and he has a good ball club this year.”

Palmer Trinity opens its season on Oct. 9 against Palm Glades.

Somerset Silver Palms (1-1) beat Florida Christian 14-13 behind a touchdown run by Jayke Cooper and a 25-yard touchdown pass by Jonathan Krogh to Angel Siles as well as a game-clinching interception by Marcus Woodley.

“I think we were in a little bit better shape than them and our special teams played a factor as our punt block and punt team did a great job, and our field goal teams as we blocked one and made one,” head coach Javi Valdes said. “We have a lot of youth at key positions so I think we struggled a little bit. It takes time to gel a little bit. I think we played very good up front and as the game went on we got better on defense so I expect that to continue happening.”

The Stallions are coming off an 8-2 season with their first playoff appearance in six years of the program.

“I think the defense is going to be OK once the pieces start playing together,” Valdes said. “I think that offensively we have a very good offensive line and our skill positions that once they start gelling, we could be a problem in November. We can be one of the better teams in 3A.”

“Dade Christian has a lot of talent and I expect them to be one of the better teams on our schedule,” Valdes said.

“I think if we can play well and keep cleaning up the game, play a little better on special teams, offensively, and defensively, then it should be a good football game. I think it will come down to who makes less mistakes.”

Head coach Mark Revere returns to Palm Glades Prep after one year as head coach at Everglades Prep. Revere was the offensive coordinator for the Eagles for two seasons prior to taking the job at Everglades.

“Being back is different with the team before I left because now we have younger kids and a lot of 9th and 10th-graders,” Revere said. “Before we had more juniors and seniors. So right now we’re just teaching the kids about the aspect of playing the game the correct way.”

“I’m just hoping we can compete and stay in the ballgame with these guys,” Revere said.

The Eagles will be looking for a productive season from freshman running back Mekhi Bethel.

“His speed and knowledge of the game is going to really help us this year,” Revere said.

Donald Jackson takes over as head coach at Everglades Prep after spending the last four seasons at Columbus as an assistant coach and winning a state championship last year.

“We have to have a system of discipline,” Jackson said. “You can’t have kids doing what they want. They have to have a structural system, a hierarchy that you want to build.”

Everglades Prep went 4-5 last year and have not had a winning season since 2015. Jackson is hoping to turn things around for the program.

“Being that we didn’t have a real chance to have summer workouts or even a spring game, it has its ups and downs and you still have some guys that tend to want to go back to the way it was prior, but for the most part you have the majority of the team that’s willing to buy in,” Jackson said.

The Panthers (0-1) lost their season opener 50-0 to Calvary Christian and will be looking to bounce back in their second game on Friday at St. Brendan (0-0).

“That first game was an eye-opener,” Jackson said. “It let our players see exactly where they are and what we need to work on. We took the positives and negatives and built upon those so right now we feel pretty good going into this week.”

The Coral Shores Hurricanes are set to play a rivalry game to open their season at the Marathon Dolphins on Friday night.

Coral Shores is coming off a 3-8 season in Alphonso Bryant’s fourth season as head coach. Bryant is 2-2 against Marathon including a 19-13 win last year.

Marathon is set to have as many as 320 fans in the stand, which is 25 percent of its capacity of 1,250. Tickets are being sold in advance and the school expects to sell out.

South Dade, Homestead, Southridge, and Coral Reef are still waiting clearance to begin practicing. They have been allowed to do conditioning, but do not have a start date for practices or games.