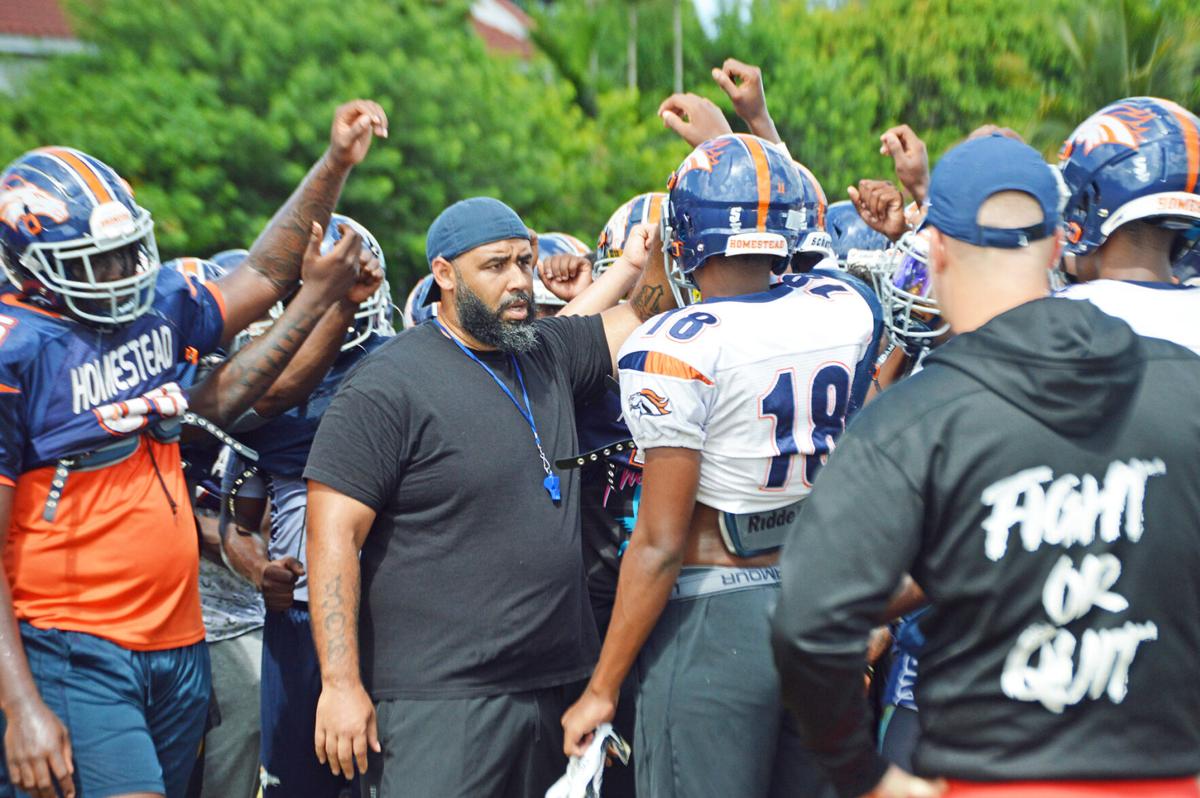 Head Coach Philip Simpson gets the team together at practice on Tuesday. 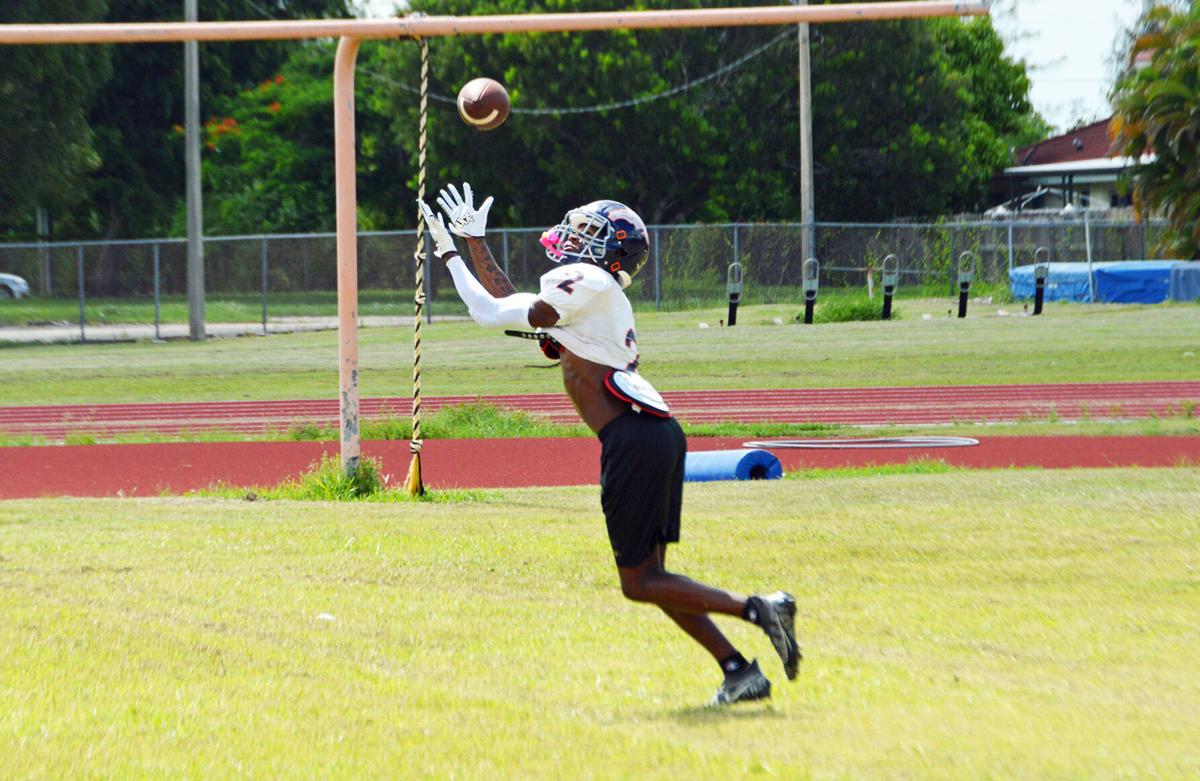 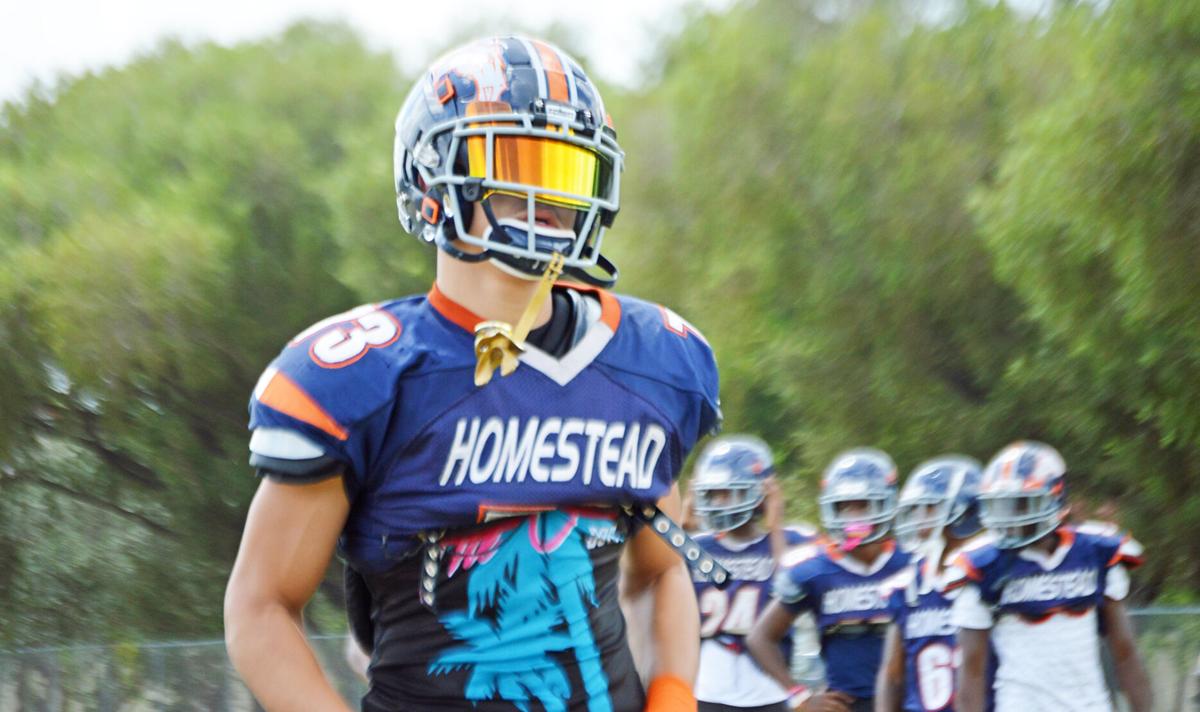 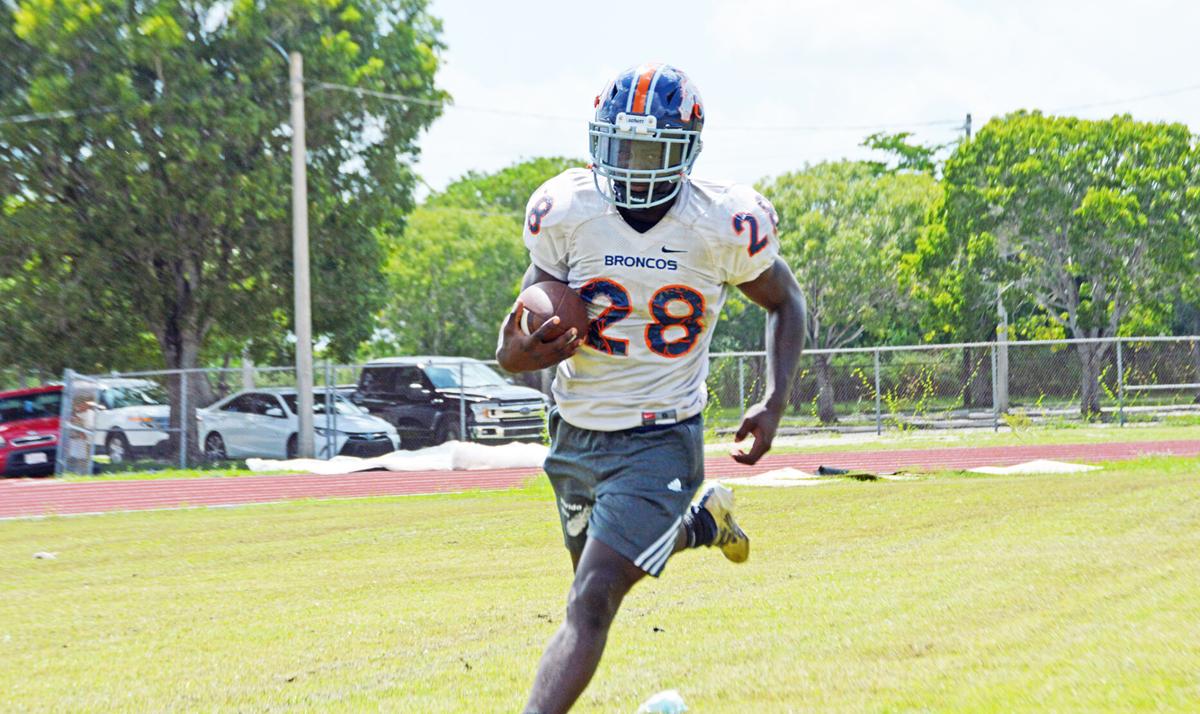 The Homestead Broncos have made noticeable gains in the weight room in the offseason as they look to build off of last year’s playoff appearance.

The Broncos’ 1,000-pound club consisted of just one member last year, but rose to 10 this year including junior wide receiver Richard Dandridge who has impressed with his marks on the bench press and dead lift as well as his 465-pound squat.

“We got much stronger,” head coach Philip Simpson said. “Pound for pound, Richard is the strongest kid, just ridiculous.”

The Broncos will look to carry over a positive offseason when they open their season on Aug. 27 at 7:30 against Palmetto at Harris Field.

“It’s what it’s about,” Simpson said. “You open up with Palmetto in Week 1 and South Dade in Week 2, there’s no way better to do it if you’re serious about changing the culture of the program and want to play at a high level. There’s no excuses of we weren’t ready.”

Since fall practices began Simpson has been encouraged by some of the improvements.

“The o-line was solid in the spring, but seems they’ve gotten even a little better in the fall,” Simpson said. “The running backs and receivers are pretty talented. I think leading the way is our d-line—that’s where most of our talent and experience is at. I think what has impressed me the most so far is we are much more talented at DB than we were in the spring.”

Sophomore quarterback Joshua Townsend is back after starting as a freshman.

“I think Josh is going to have a really good year,” Simpson said. “He came off a good freshman season, went through his bumps and bruises, but is still a poised kid. He’s strong, mentally strong, humble and seems like he’s more confident and taking charge of the offense.”

The running back duo of senior Tyrone Maxwell and sophomore Isaac Brown should be formidable with junior wide receiver David Jester and Dandridge giving balance to the offense.

The running back duo of senior Tyrone Maxwell and sophomore Isaac Brown should be formidable with junior wide receiver David Jester and Dandridge giving balance to the offense.

“I think we have a chance to be really good so my focal point right now is the discipline with the small things,” Simpson said.