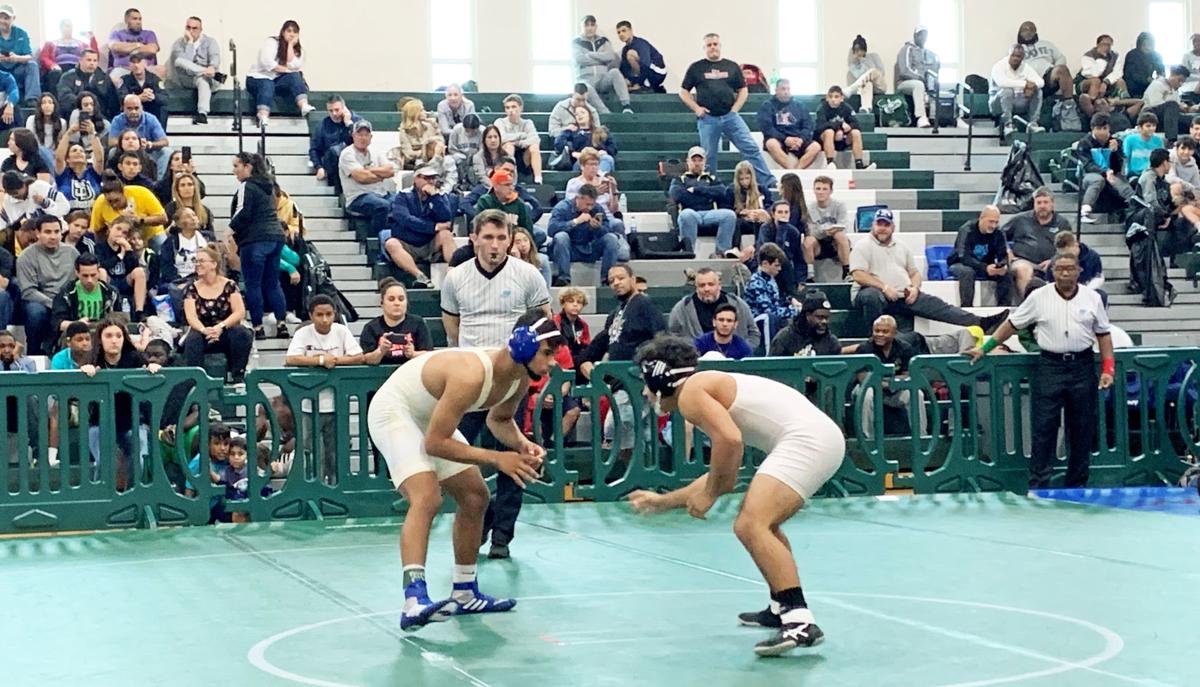 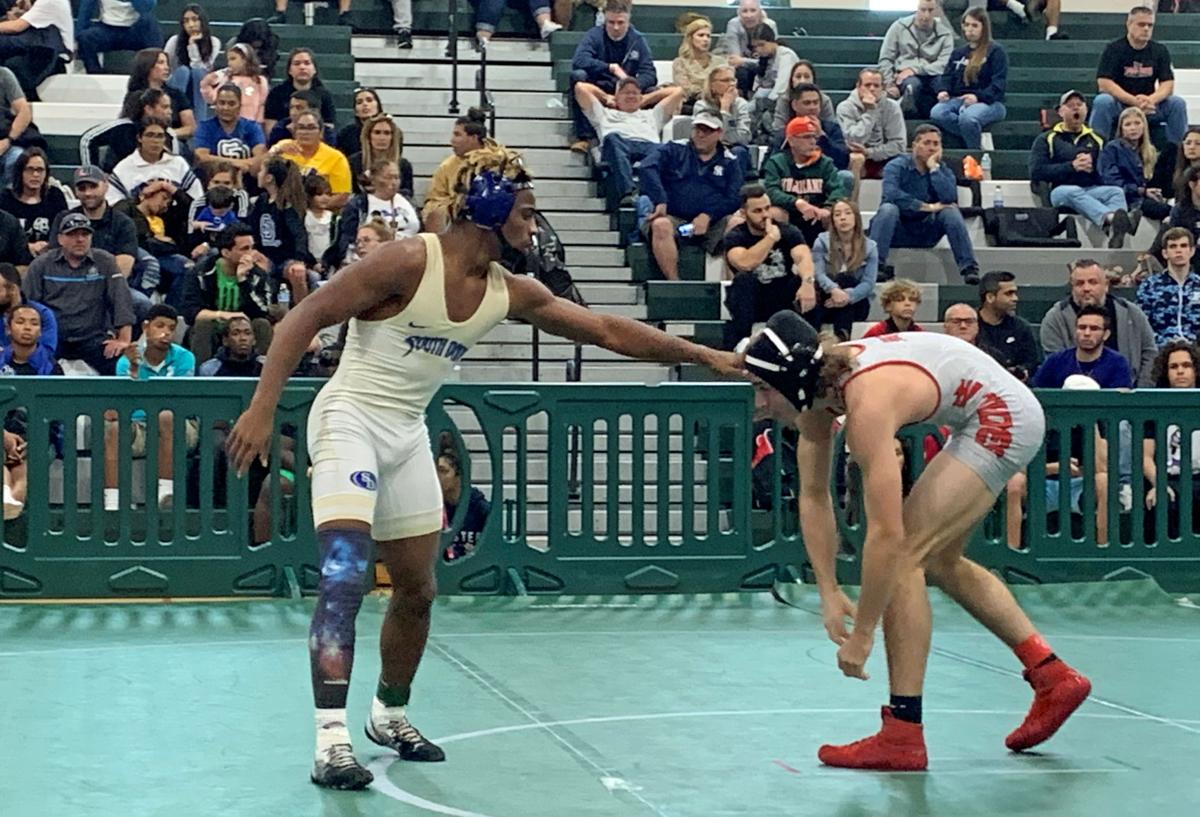 “I was very impressed,” head coach Vic Balmeceda said. “It takes a lot for me to be impressed because coaches are always over-analyzing and thinking about things that could have been better, but what an overall dominant performance. We’re peaking at the right time.”

Senior standouts Bretli Reyna and Steven Villalobos along with junior Joshua Swan led the way for the Buccaneers, who have won six consecutive state championships and are eyeing a seventh.

“Now that we’re getting into the state series part of it, having guys you can rely to get first it’s what makes the difference of you winning state and not winning state,” Balmeceda said. “You need to have three, four, maybe five guys that you feel are going to push their way into the state finals. I think that’s what puts us over the top each and every year is that we have four or five kids who are completely dominant.”

“We’re knocking off kids that we’ve lost to before and even if we’re losing, we’re losing close matches to kids that used to beat us really bad,” Balmeceda said. “Even our backups are wrestling well. I couldn’t be more proud.”

Reyna, a three-time state champ headed to Iowa, improved to 39-3 by pinning Southridge’s Cyrus Williams in the 145-pound final.

“I feel pretty good right now,” Reyna said. “I haven’t been as active in practice because I have a dislocated jaw, but I work out every day because I can’t really go against anyone since it’s dislocated. There’s nothing I can really do other than get surgery, but if I get surgery I won’t be able to wrestle so like my dad said, I have to wrestle smart, poised, and don’t create a further injury.”

Reyna has battled through the injury since the fall and intends to continue to compete and cap his high school career off with another title.

“It’s part of the sport,” Reyna said. “That’s what makes it so great. You can catch a kid who is healthy and another one like in my situation, who is not at their full potential. It’s part of the sport and it makes people love it more with the grind and grit of it. It’s exciting.”

Villalobos recorded four straight pins at 160 pounds before a 17-6 major decision over Palmetto’s Destin Jones in the final to improve to 46-4.

Swan moved his record to 34-1 with four pins at 152 pounds and is working towards a quest of winning his first state championship after placing second at 138 last year, finishing 51-6.

“I was out for about three weeks to start the season with a knee injury and missed some of the biggest tournaments so coming back it’s a good feeling and a good atmosphere with my teammates, who have helped me get through it,” Swan said. “I’m working hard to win state. Last year didn’t end well for me, but this is my year. I’m the underdog so I have to act like it. I don’t care about the rankings.

I just go out there and wrestle.”

Gonzalez improved to 42-8 after knocking off former teammate at Southwest in junior Sebastian Melguizo, who dropped to 49-3, in a heated 7-6 overtime victory with both wrestlers taking turns celebrating to the crowd during the match.

“(Sebastian) had beaten Jose four times this year and as ex-teammates there’s a rivalry and bigger behind-the-scenes situation instead of just them wrestling,” Balmeceda said. “For him to finally pull it off, it is a pretty big deal.”

South Dade will continue its quest towards a state title with the district tournament on Feb. 22, regionals on Feb. 28-29, and the state championship in Kissimmee on March 6-7.