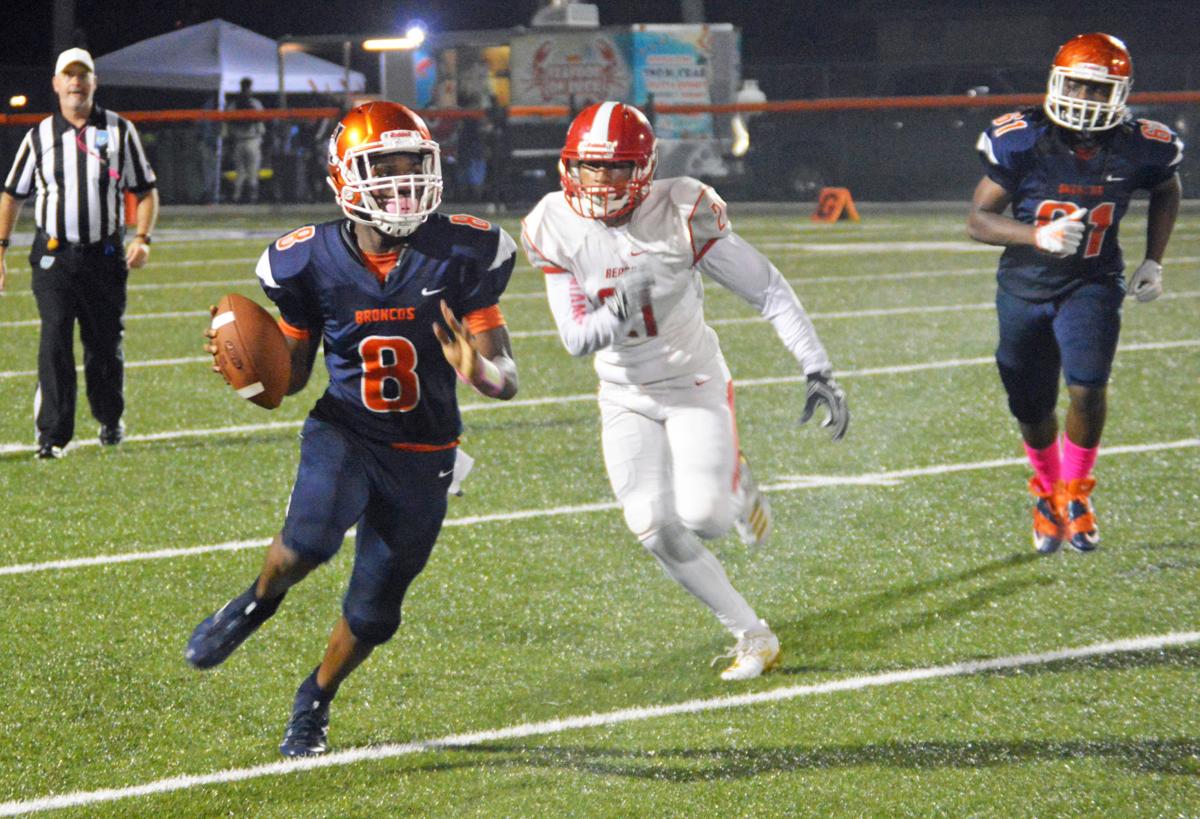 Homestead’s Willie Sneed had 120 yards and a touchdown. 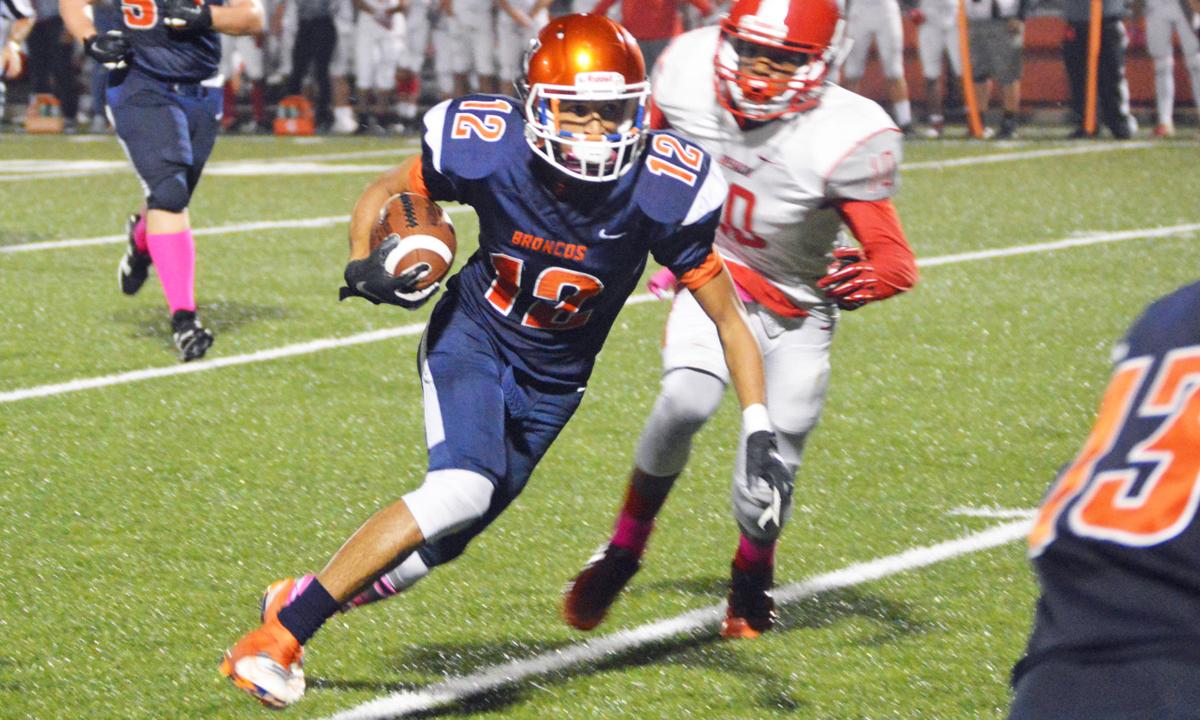 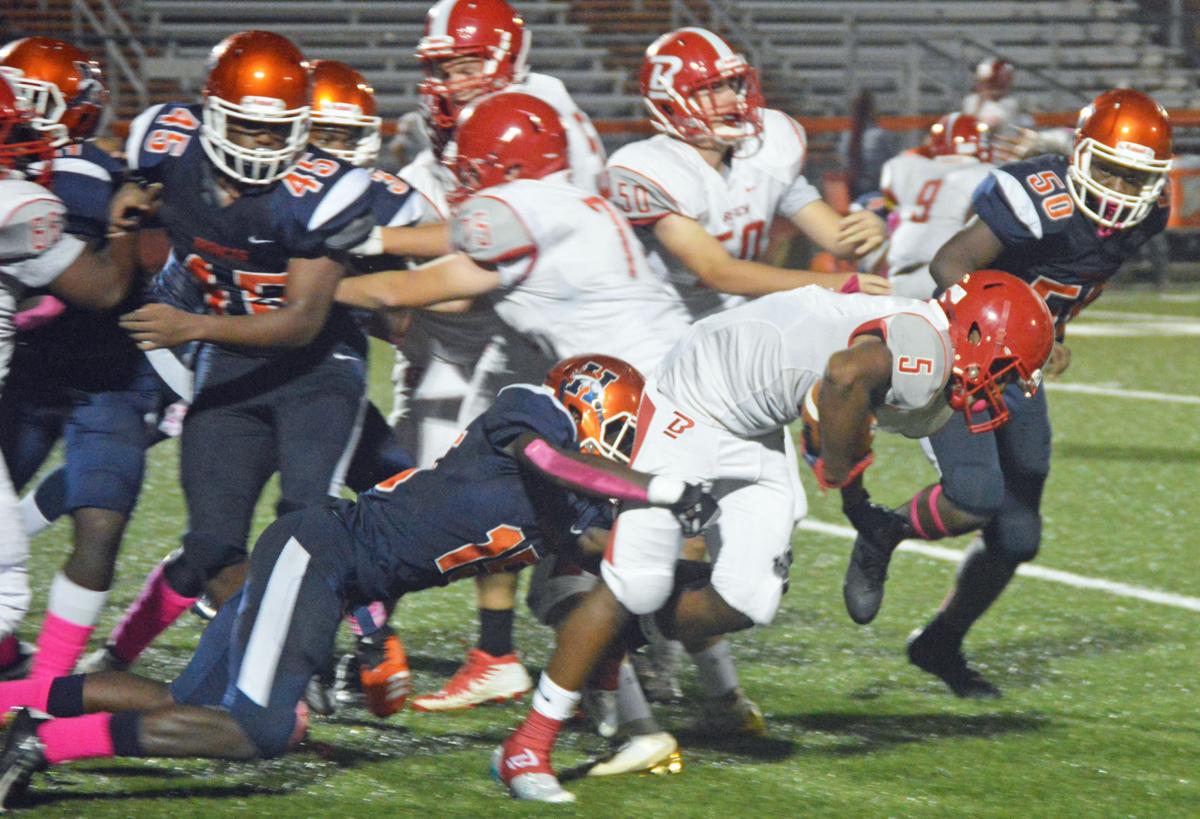 Homestead’s Willie Sneed had 120 yards and a touchdown.

Willie Sneed began his senior season as a defensive back, but recently made the transition to offense.

Making his first career start at quarterback, Sneed accounted for 120 yards and a touchdown to help lead the Homestead Broncos to a district win over Miami Beach 20-14.

Sneed overcame three turnovers to complete 9 of 14 passes for 100 yards and a touchdown while adding 20 yards on the ground.

“I give it to the kid,” Homestead head coach Philip Simpson said. “This is a kid who came in as a senior and I did everything possible to run him off this team. He came in negative, playful, just not the kid I wanted. But he accepted discipline, structure, and said, ‘coach I’m not going to quit.’ He was a defensive back who converted to quarterback and now we don’t win without him. With him we can open up the offense a little bit and now you start to think about what could possibly happen.”

“We’ve got a young group so winning is always important,” Simpson said. “A young group could get so discouraged and shut down and listen to the naysayers within the building and the community, but with these kids we’re still averaging 45 kids at practice. They’re in film and still doing a good job of accepting constructive criticism and coaching. A good young group that’s hungry and I think they’re starting to see the process and understand the vision. They’re buying in.”

Junior cornerback Mike Andrews clinched the victory for the Broncos with his second interception of the game after Miami Beach (1-6) took over at the Homestead 44 with 1:20 left. Andrews picked off James Brill on the second play of the drive.

“I saw (Tyler Zuluga) was open and the quarterback was on the roll,” said Andrews, who has six interceptions on the season. “Most quarterbacks in high school can’t throw on the roll across their body so I ran and made the play.”

The Broncos opened the scoring late in the second quarter when Williams hauled in a 27-yard touchdown pass from Sneed after Williams nearly caught a long touchdown pass earlier in the half.

“Just because one of my receivers dropped a ball doesn’t mean I’m not going to go back to him,” Sneed said. “I still have trust in him. He does it every day in practice.”

Sneed’s first interception of the game led to a Miami Beach touchdown with Homestead trailing 7-6. However, Sneed and the Broncos bounced back as Byrd reeled off a 49-yard touchdown run.

Sneed ran in the two-point conversion for a 14-7 lead and then Mitchell’s 13-yard touchdown run later in the third extended the lead to 20-7 with the extra point missing.

Jarrod Carr’s 3-yard touchdown run pulled Miami Beach within 20-14 with 8:45 left in the game, but the Broncos held on down the stretch for the win and are looking to carry their momentum into a strong finish to the season.

“We started off really bad, but I like the energy we’re bringing now,” Sneed said. “We’re trying to make it to the playoffs and win our district.”

Former Homestead standouts James Burgess Jr., Ermon Lane, and Anthony Wint were recognized at halftime for being inducted into the Homestead Athletic Hall of Fame.