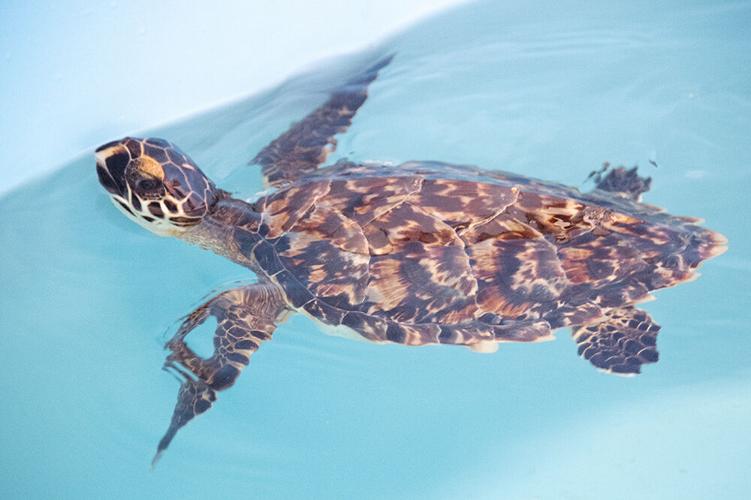 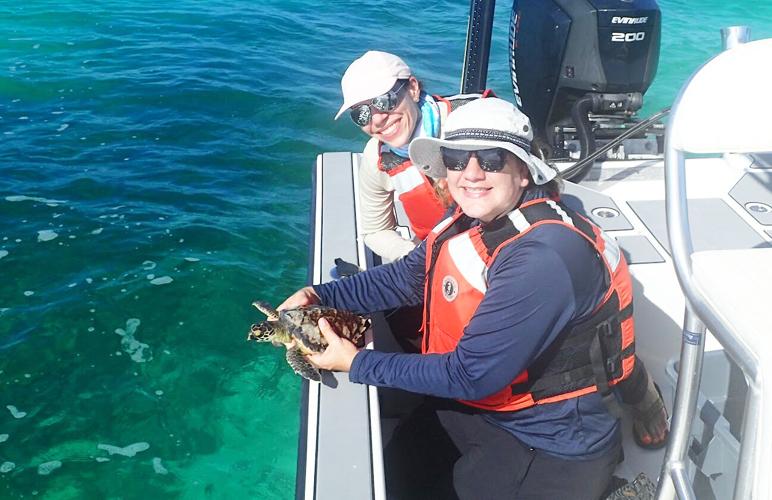 Two weeks ago, a juvenile hawksbill sea turtle was successfully released back to the wild after being recovered by Broward County Sea Turtle Conservation Program personnel and rehabilitated at Zoo Miami’s Sea Turtle Hospital.

This endangered turtle arrived at Zoo Miami on November 5th after being found tangled in a net and in a lethargic, weak condition.

The Animal Health Team worked diligently to treat the juvenile with fluids and medications. After initial attempts to tube feed the turtle resulted in it regurgitating the food, follow-up treatments were successful in enabling it to eventually keep the food down and slowly gain strength where it soon was eating on its own, feeding on shrimp, fish and squid.

As the turtle gained strength along with an increased appetite, it graduated to larger enclosures with deeper water. Once it demonstrated an excellent diving reflex and the ability to maintain good neutral buoyancy at all levels of the water column, it was cleared for release.

Last week, Zoo Miami Sea Turtle Hospital Manager, Rosemary Lucas, transported the juvenile turtle (sex undetermined) to Key West where she met with Dr. Jennifer Feltner, Florida Keys Refuge Biologist, and they then took the hawksbill approximately 4 miles offshore and released it back to the wild.

Hawksbill sea turtles are named for their pointed narrow beak and are found mainly in tropical oceans around coral reefs where they feed on a variety of sponges, sea anemones and jellyfish. Prized for their ornate shells that has led to them being classified as critically endangered, these turtles can weigh over 100 pounds as adults.

This is the second successful release back to the wild of a sea turtle that was rehabilitated at Zoo Miami’s Sea Turtle Hospital. As winter approaches, it is likely that there will be more sea turtles suffering from being cold stunned in a variety of areas along the gulf and east coasts and Zoo Miami is preparing to aid in treating those turtles whenever possible.