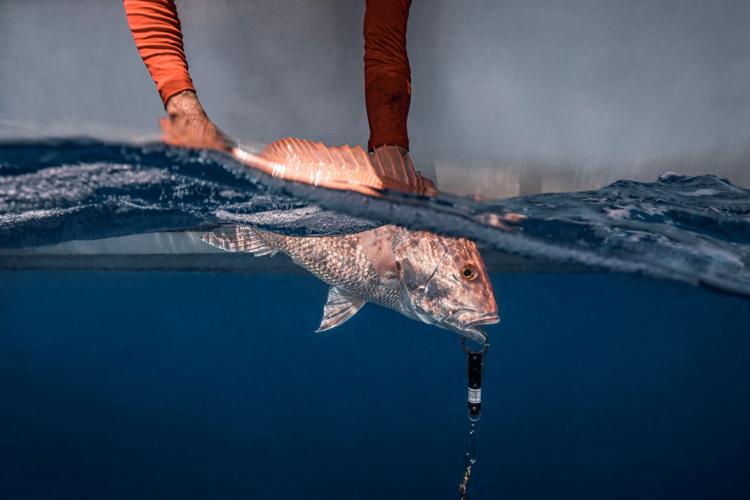 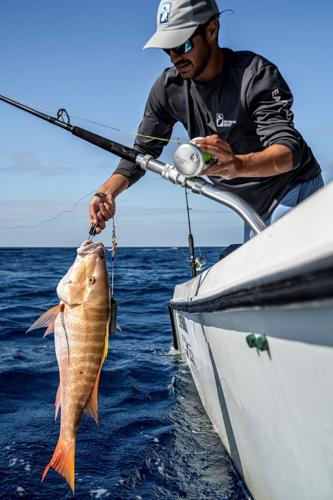 Each year, more than 10 million federally-managed reef fish are released, and at least one million of those will die after being released.

A main reason is due to barotrauma, a pressure-related injury fish experience when reeled up from depth. Anglers may observe barotrauma when they release a fish, only to see it float away on the surface.

For every one percent of landed and released fish anglers save through learning and using best release practices, over 100,000 reef fish could survive to grow, possibly spawn, and be caught again.

Return ‘Em Right promotes best release practices, with an emphasis on proper use of descending devices, which research shows can improve long-term survival of reef fish by up to three times.

Descending devices are weighted devices that help fish overcome buoyancy and injury by releasing them at depth.

These devices come in a variety of forms including weighted inverted hooks, lip clamp devices, and weighted crates and boxes.

Gulf of Mexico reef fish anglers 18 years and older are now eligible to visit the Return ‘Em Right website, review best release practices, and receive a package of release gear to use out on the water. The educational review is available to all individuals who are interested in learning best practices when encountering barotrauma, regardless of your age, location, or role in the fishery.

“Return ‘Em Right welcomes all anglers to participate in the program and we are excited to be a resource to a community committed to preserving the future of the sport,” said Nick Haddad, Fisheries Comm. Manager. Return ‘Em Right led by Florida Sea Grant, University of Florida, Gulf States Marine Fisheries Commission, NOAA and a coalition of anglers, industry groups, state agencies, universities, government and non-government organizations committed to maintaining healthy fish stocks and fishingaccess in the Gulf of Mexico.