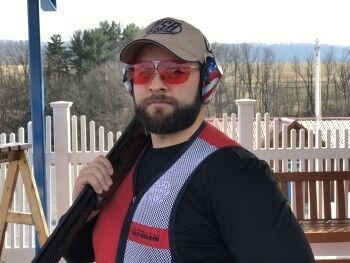 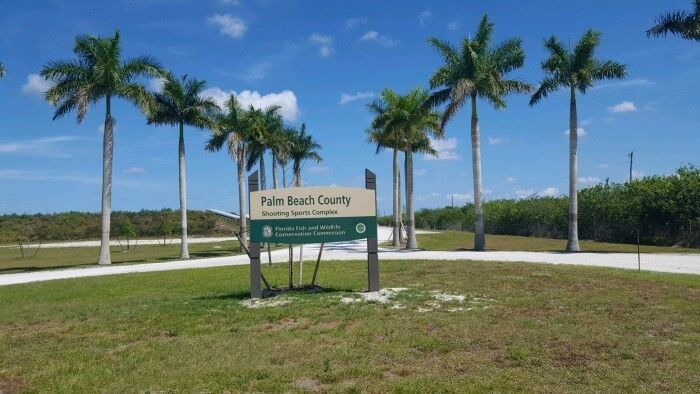 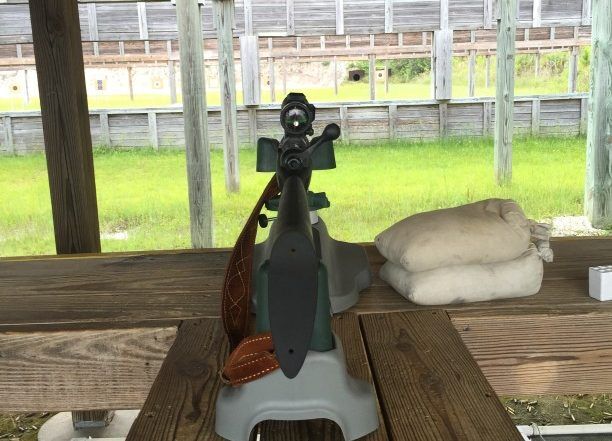 For Michael Chubb, new manager at the Florida Fish and Wildlife Conservation Commission’s (FWC) Palm Beach County Shooting Sports Complex, the shooting sports have always been a part of his life.

Growing up in Harrisburg, Pennsylvania, his dad, Allen Chubb, was an avid target shooter who owned and operated shooting ranges and participated in international trap in the Seoul 1988 Olympics.

Chubb developed an interest in the shotgun disciplines at an early age, eventually taking up international trap as well.

Today, he trains five to six days a week and has participated in over 15 official matches, scoring two third-place finishes. His goal is to carry on the family tradition by competing in international trap at the 2028 Olympic Games in Los Angeles.

Chubb's expertise in shooting range management is also robust and will serve the Palm Beach County Shooting Sports Complex well. After earning a degree in criminal justice, he served our country in the U.S. Army for four years as a transportation officer, where organizing and conducting live-fire marksmanship exercises were part of his duties. After his military service, Chubb returned to Pennsylvania to become the general manager of Keystone Shooting Park where his responsibilities included managing international trap and skeet fields, and operating official matches there.

As the manager of the FWC’s newest range, Chubb is excited to provide opportunities for other Olympic hopefuls at the facility’s international trap and skeet fields. Just as important is providing great experiences for everyone who enjoys recreational target shooting.

“My goal is for the Palm Beach County Shooting Sports Complex to be one of the premiere Olympic shooting sports facilities,” said Chubb. “I’m also dedicated to introducing more people to target shooting and ensuring all visitors, whether they’re new or experienced shooting sports enthusiasts, have a fun and safe time at the range.”

This state-of-the-art, wheelchair accessible facility features rifle and handgun ranges and automated sporting clays, 5-stand, skeet, and American and Olympic trap fields. It was built to meet the growing demand of target shooters, hunters and hunter safety students for a place to gain skills and knowledge for safe, responsible firearms handling and target shooting.

The Palm Beach County Shooting Sports Complex is one of the largest facilities in Florida. To help make the most of your visit, we’re providing the following summary of the facilities and activities. You can also find information about range fees, activities, gear and more.

The 42-position 25/50-meter and 30-position 10 meter/50-foot handgun ranges are designed to accommodate International Shooing Sports Federation and USA Shooting disciplines and for shooters to practice their marksmanship skills.

This range features six automated American trap fields. American trap allows shooters to test their skills from five different positions. A 4.25-inch disc is thrown from a trap machine (or trap house) in front of the shooter. Each target presents a different perspective including shots angling to the left, right or moving straight ahead.

Each of the five automated fields offers superimposed international-style skeet and international trap, and four of the fields have covered firing lines.

International trap has been a part of the Olympic Games since 1900 and is more difficult than American trap. The clay targets, which are thrown from an underground bunker, are flatter, more durable and harder to break. In addition, the targets are thrown faster, farther and over much wider arcs and angles.

There are nine skeet fields at this range that can be set to shoot either American or international skeet.

American skeet fields have eight shooting stations and two trap houses. Seven of the stations are arranged in a half moon between the two trap houses and one station is directly between them. The high house, on the left side of the field, throws its targets from a trap 10 feet above the ground, and the low house target, on the right side, leaves the trap house just 3.5 feet from the ground.

The international version of American skeet has been a part of the Olympics since 1968. International skeet closely mirrors the domestic event. It is shot on the same skeet fields; however, the targets are slightly larger and are thrown faster and farther.

In addition, the process of shooting them differs slightly.

Sporting clays is often compared to golf except it’s done with a shotgun. Shooters move from station to station where they encounter a variety of shooting situations that simulate the flight path of waterfowl, upland gamebirds and even rabbits. The shooter is presented with multiple targets at each station. The size of the targets can vary and may be thrown as singles or in pairs. In addition, the targets present a variety of trajectories, angles, speeds, elevations and distances.

The Palm Beach County Shooting Sports Complex has a classroom for hosting hunter safety and outdoor skills courses, and clean, modern restrooms. In addition, a concession store offers drinking water, eye and ear protection, ammunition and other items for sale. Rental shotguns and clay carts are also available for the sporting clays course.

This range was built by the FWC in partnership with Palm Beach County.

Learn more about the range including location, facilities, fees, requirements, safety information and more at MyFWC.com/Ranges and then clicking on “Palm Beach County Shooting Sports Complex.”