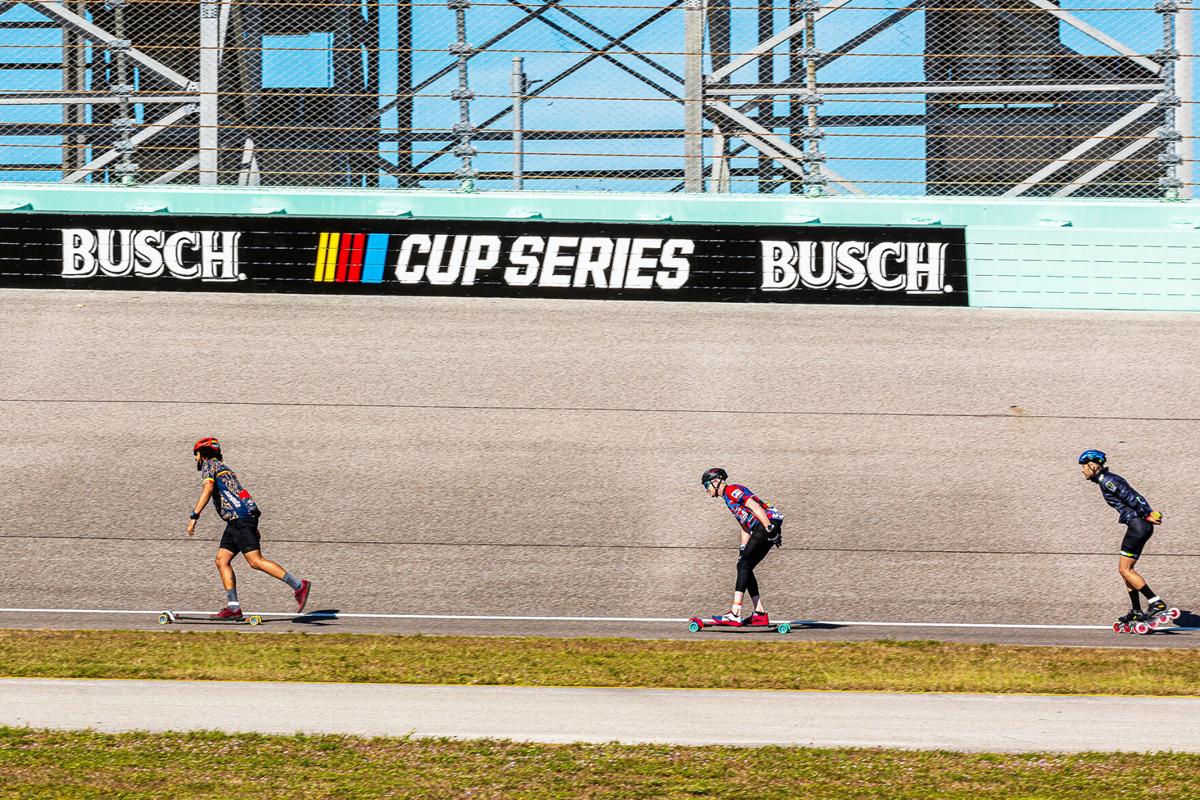 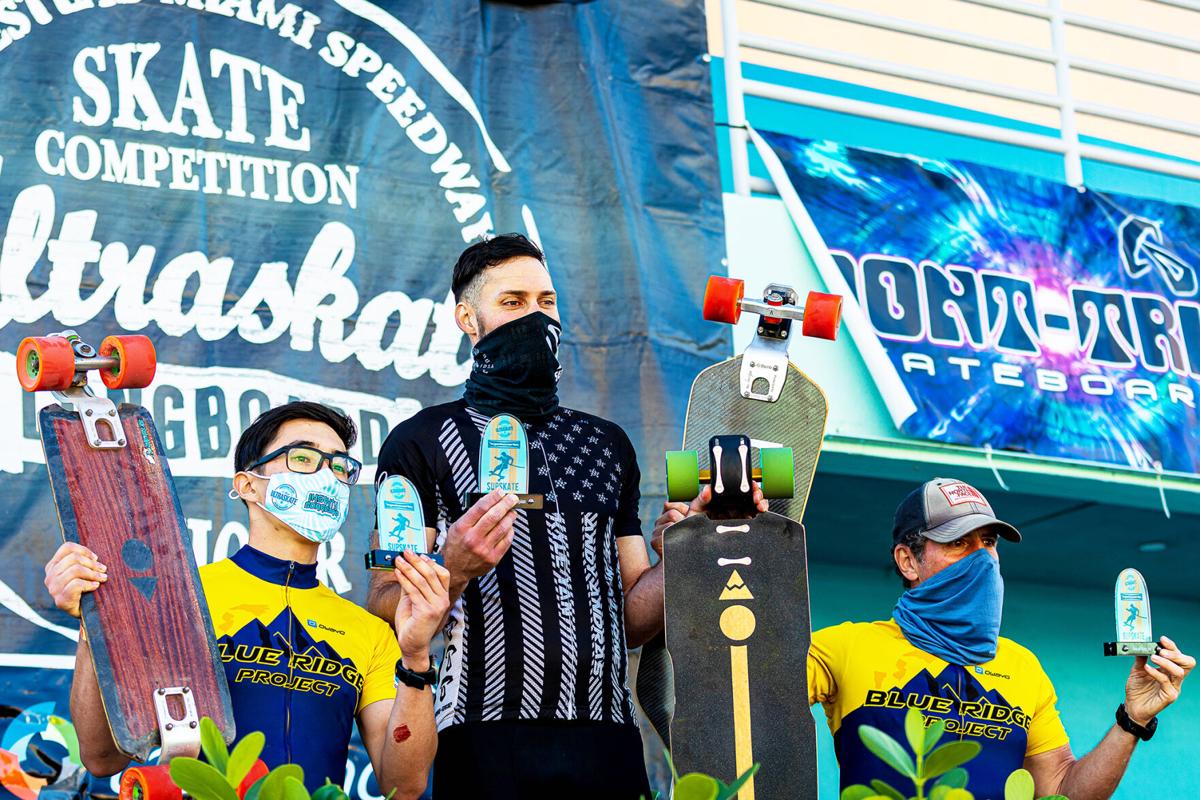 The event sanctioned by Skate IDSA, had over 100 competitors participating as an Individual skateboarder, Stand Up Paddle skateboarder (strictly paddling, no foot pushing), Push/Paddle (using your feet and a paddle) or as a 4-person relay team (one rider at a time). For the first time in-line and quad skaters were also able to participate. This was the ninth year in a row that this event has been held at Homestead. It is the only 24-hour skate race held in the United States, though Skate IDSA holds similar events in Europe and Asia.

Competitors ranged in age from 6 to 61 and came from as far away as Washington State.

The racecourse consisted of Pit Lane, the back straight, and the apron of turns 1, 2, 3 and 4. Distance around the course was 1.46 miles.

As with most endurance sport races there are a wide range of motivations and goals for the participants.

Amy Gage with her family as support crew drove up from their home in Key West. She was racing in the push/paddle category to raise money for Nicky’s Celebration, a charity that focuses on childhood cancer. She had pledges of $1200.00 if she reached 100 miles. Not only did she reach that goal but she finished 2nd in her category.

The Blue Ridge Project, based in Ashville NC, had three individual racers who would be doing their first Miami Ultra Skate race. Their support team felt that they could all do well, and they certainly did. Adam Ornelles finished 2nd overall with 291 miles. Mitch Pascual finished 3rd with 276 miles. Their third racer, Sam Robertson finished 12th overall and rode 200 miles. Last year’s overall winner Joe Mazzone came from Colorado  with a plan to not only win again but to set a new world record.

After a grueling 24 hours of constant skateboarding, he did both, finishing in first place and covering 313.8 miles beating the current record by seven tenths of a mile. That record was held for 2 years by Rick Frank of the Netherlands.

Jonathan Strauss, founder of Skate IDSA, when asked about the significance of Joe’s record braking performance said, “We thought 300 miles was hard. He just went 313.8. What Joe just did is as impressive as winning the Tour de France.”

At the end of the awards ceremony celebrating both individual and team accomplishments Strauss reminded everyone that Ultra Skate will return to Homestead Miami Speedway again in 2022 for what will be the 10th running of the event.