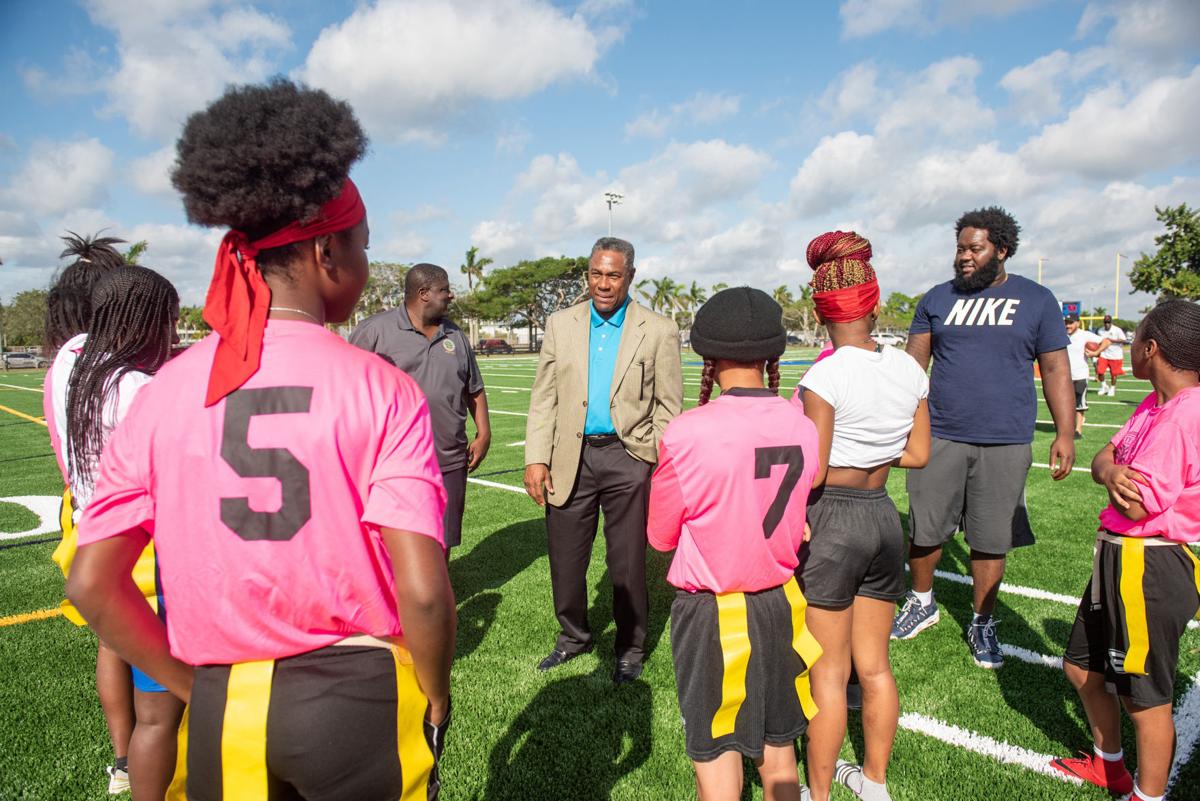 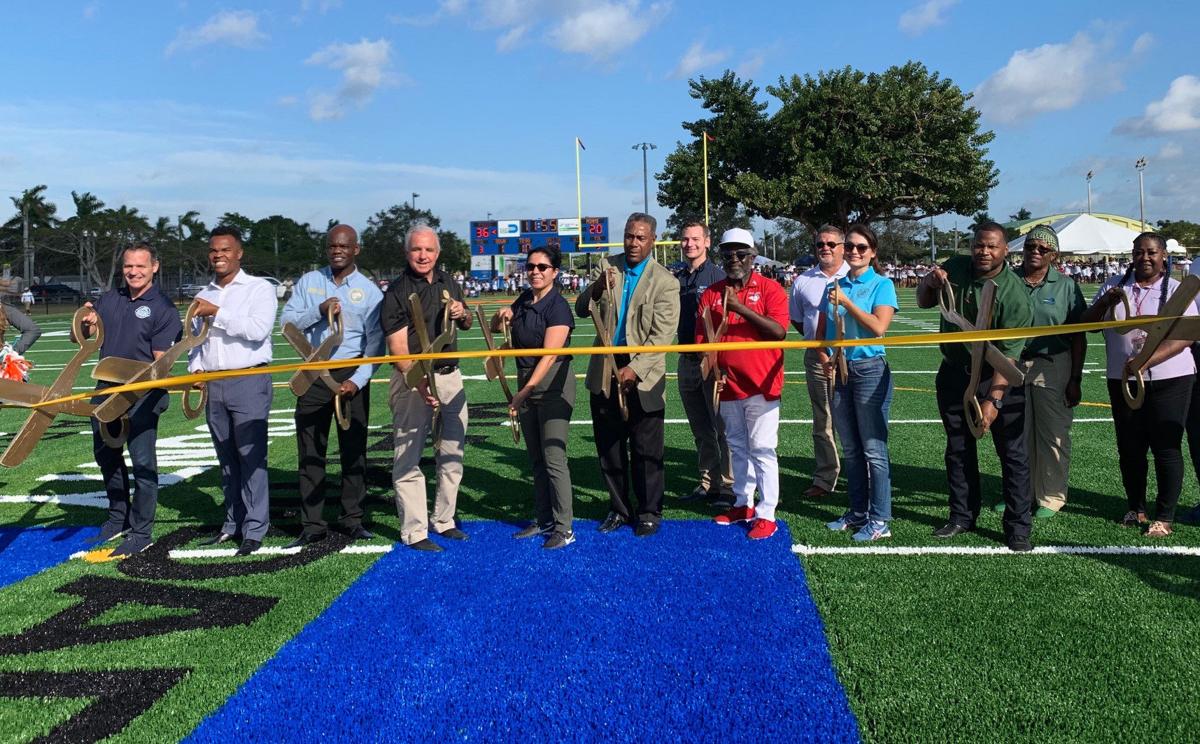 After a $1.7 million renovation, contributed by Miami-Dade County with support from the NFL Foundation and the Super Bowl Host Committee, the park has a new synthetic turf field for football, soccer, and lacrosse games, complete with a new scoreboard, bleachers, fencing, and walkways.

The free community event kicked off with a dedication and ribbon-cutting ceremony, followed by youth flag football and volleyball tournaments and jump rope competition. The local students, ages 6-14, and young people enrolled in Miami-Dade Park’s award-winning, nationally recognized Fit2Play/Fit2Lead After-School Sports Development programs will participate in the sporting events. Miami Dolphins cheerleaders and mascots made the scene and entertainment included performances by Arthur and Pauline Mays Conservatory of Arts drumline and a live remote broadcast from 103.5 The Beat. The activities concluded with an awards presentation.

“Today, we are celebrating an important milestone for this community,” said Mayor Gimenez. “This park is a great place for children and adults to enjoy sports and have fun outdoors. Goulds Park is another outstanding example of how Miami-Dade Parks helps transform people’s lives. Thanks to the NFL, the Miami Dolphins and the Miami Super Bowl Host Committee for their collaborative work here at Goulds and in the other legacy projects they have developed leading up to Super Bowl LIV.”

“The NFL Foundation is proud to supply funding for an area the Miami community can use for years to come,” said Alexia Gallagher, Vice President of Philanthropy and Executive Director of NFL Foundation. “When the NFL comes to a city for the Super Bowl, it’s important we leave a lasting legacy and this is just one of the ways we look to make an impact in the host city beyond the game.”

Commissioner Moss remarked: “I want to thank everyone involved in making this project come to life. Parks are the heart of every community and Goulds Park has been an important touchstone for many residents here. This field will serve as a place where kids will learn life-long skills, such as working as a team and building strong character. Perhaps some of our young people will go on to become decorated student-athletes,