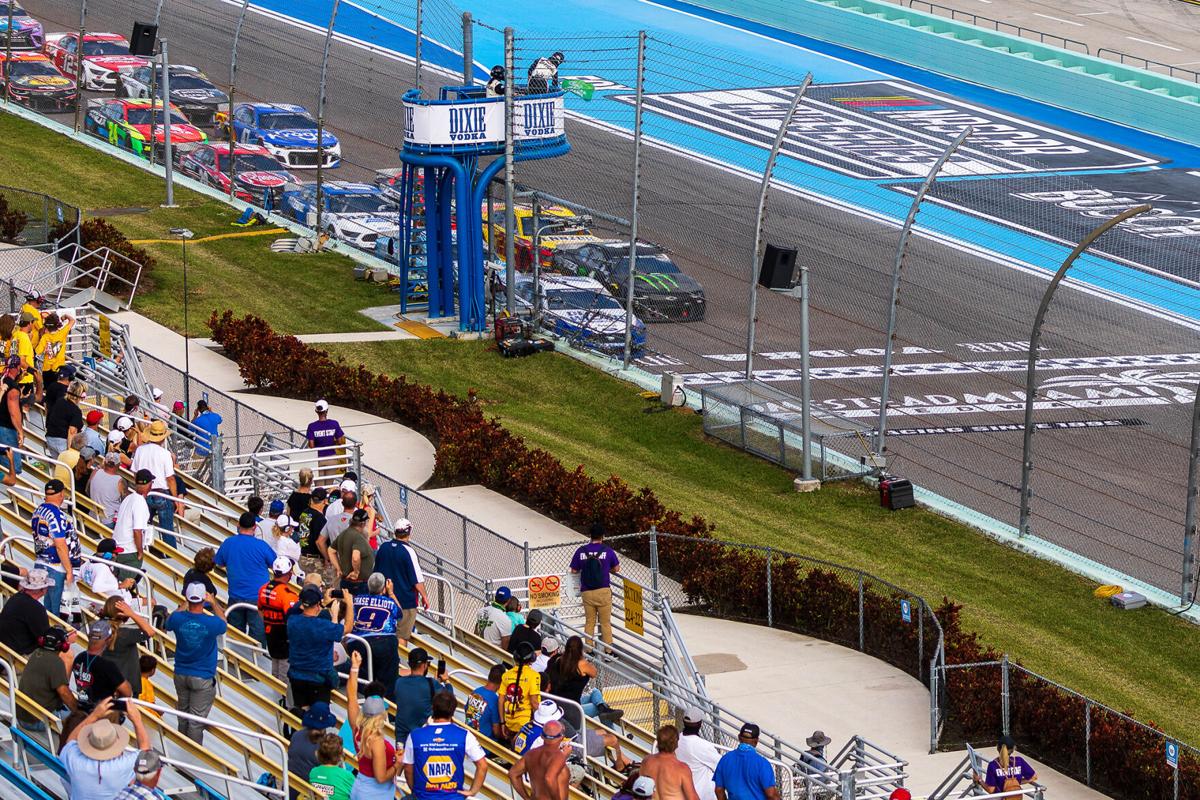 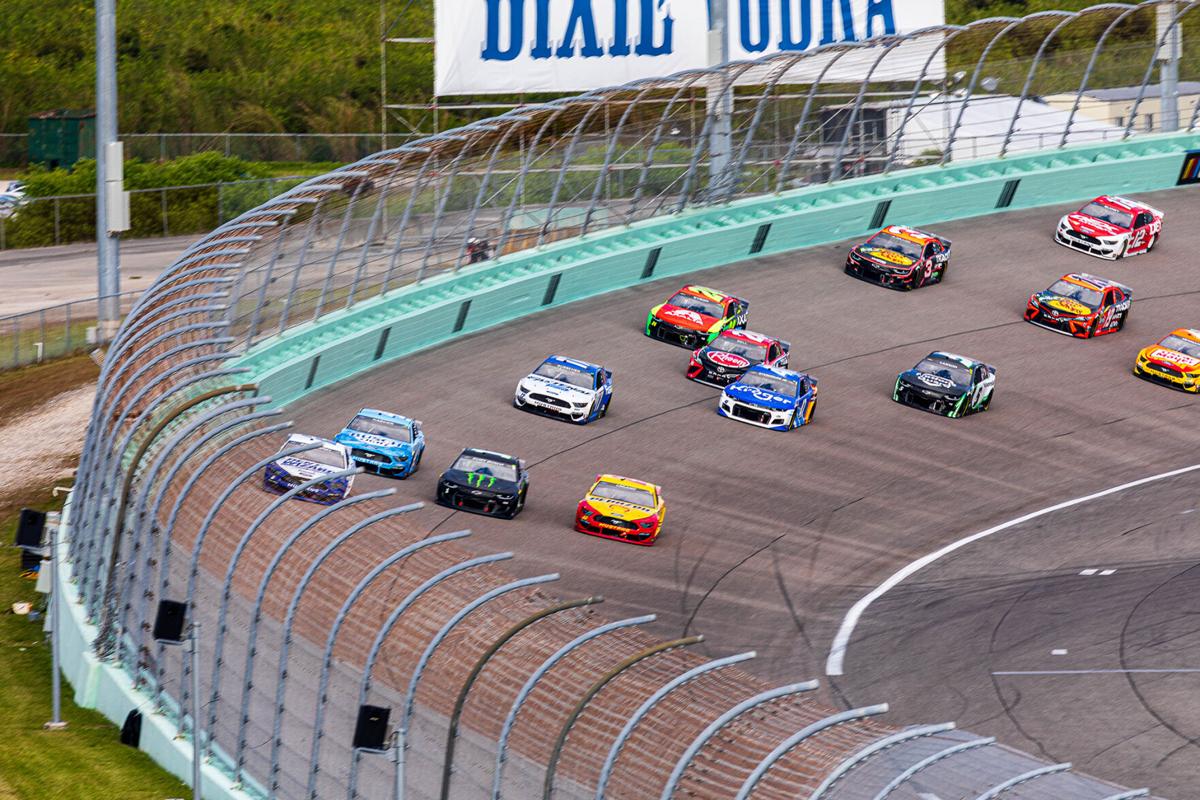 38 NASCAR Cup cars lined up Sunday for the second race of the weekend at Homestead Miami Speedway.

As with Saturday’s Xfinity race, fan attendance was capped at 18 % of capacity with social distancing required.

With the starting grid set by metrics based on performance both in the last race and over the season, Denny Hamlin, last year’s Dixie Vodka 400 winner was awarded the pole position.

With him on the front row was Joey Lagano.

On row 2, Christopher Bell, who won on the Daytona Road Course, lined up in the 3rd position with Kevin Harvick next to him.

Due to an unapproved adjustment to his car, Hamlin was forced to start at the back of the field with everyone moving up one position before the green flag.

Joey Lagano in the 22 took the lead at the green flag and held it for 12 laps. His teammate Brad Keselowski then went to the front. Brad kept his number 2 Ford up front for 40 laps and then battled back and forth with Chris Buescher in the 17. With Buescher taking the stage one win at lap 80.

The first stage saw two cautions - one, a competition caution at lap 25 to allow for adjustments and to check tires since there was no practice or qualifying prior to the race. The second yellow came on lap 63 when the 15 dropped oil on the backstretch.

On the restart for stage two, Brad Keselowski stayed in front for only one lap before Buescher passed him. Chris would go on to lead 34 of the next 38 laps while battling with Chase Elliott. Both he and Elliot would lose track position during green flag pit stops which began on lap 120.

Martin Truex Jr. then dominated until caution came out for fluid in the backstretch. After an extensive cleanup and pit stops, Denny Hamlin, who started at the rear of the field, took the restart in 2nd. In what was a one lap shoot-out William Byron in the 24 won the stage followed by Hamlin, Kurt Busch, Chase Elliott, and Martin Truex.

The 24 of Byron led stage 3 until the caution flag waved on lap 199 for debris from an incident involving the 10 of Aric Almirola and the 12 of Ryan Blaney. During the subsequent pit stop the 11 of Hamlin was too fast on pit lane and again had to drop to the rear.

After the restart, Bryon continued to lead, followed by the 5 of Kyle Larson, the 19 of Truex and Cole Custer in the 41.

William Byron then led all the way to the checkered flag. He was followed by Tyler Reddick behind by 2.78 seconds, Martin Truex Jr, Kyle Larson, and Kevin Harvick.

With the win, Byron’s second in the Cup series, he became the youngest driver to win in a Homestead Cup race at 23 years of age.

This was the first Cup victory for his Crew Chief Rudy Fugle.

In post-race comments Byron credited the hard work, focused on Homestead Miami Speedway, by the team over the off season. He said, “This car was just awesome. I think we went to the sim (referring to the simulator) four or five times this offseason, and it pays off, man.”