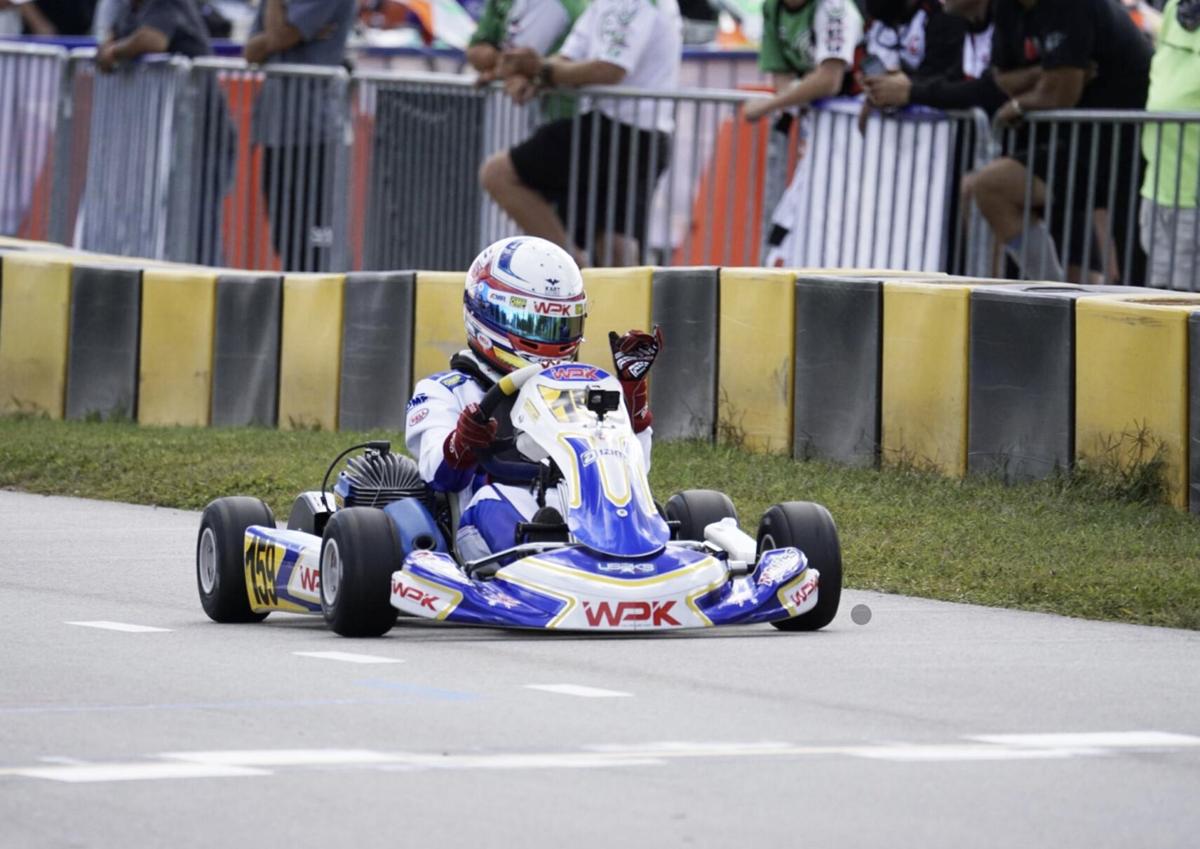 Max Garcia after he secured the win. 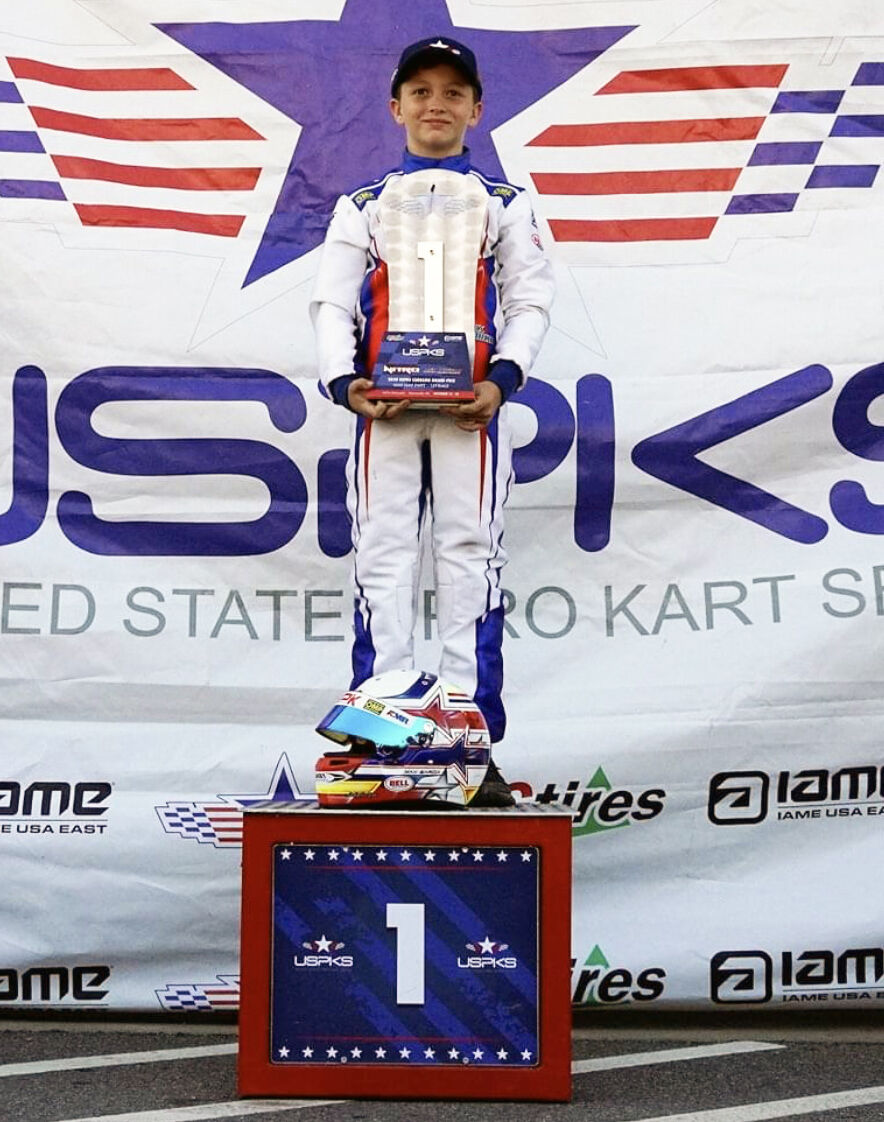 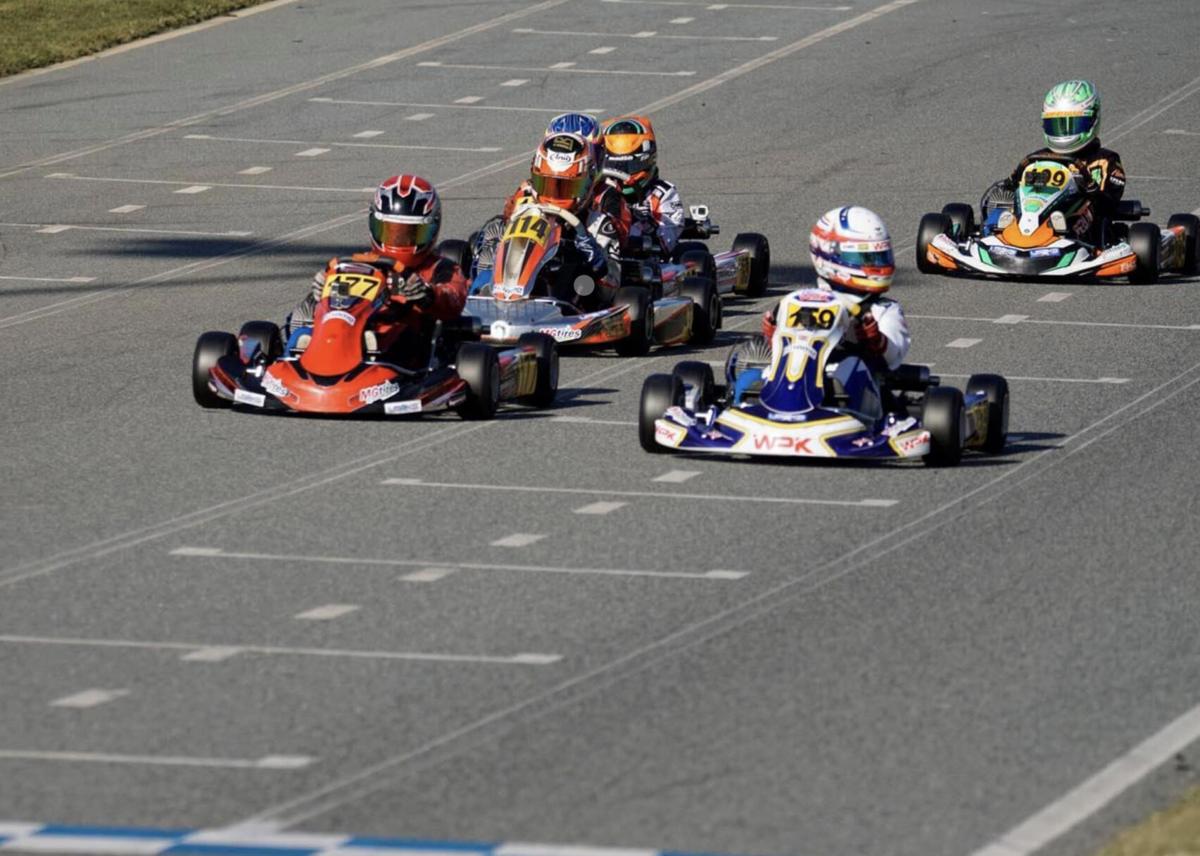 According to ekartingnews.com reports, the 2020 season wrapped up for the United States Pro Kart Series over the weekend at the GoPro Motorplex. The Carolina Grand Prix was held at the Mooresville, North Carolina track, holding the sixth and final round of the national championship chase.

A three driver break away formed in the main event with top qualifier Spencer Conrad (Nitro Kart), Prefinal winner Garcia (KSNA / Will Power Kart), and Parker DeLong (Nitro Kart). Top position went back and forth multiple times, allowing another group of three drivers to close in on the final few laps. Conrad grabbed the lead from Garcia on the final circuit, but Garcia struck back with “a great move” and won the drag race to the line by 46 thousandths of a second over Conrad. The victory was the fourth in a row for Garcia, giving him the title outright.

In 2018, Garcia drove to his first SKUSA Pro Tour victory at the Summer Nationals to earn the Micro Swift championship.

When profiled as driver-of-the-month for ekartingnews.com Garcia listed the AMR Homestead-Miami Motorplex as his favorite track.

His ambition is to be a Formula One driver someday. With his ambition and talent he is well on his way.