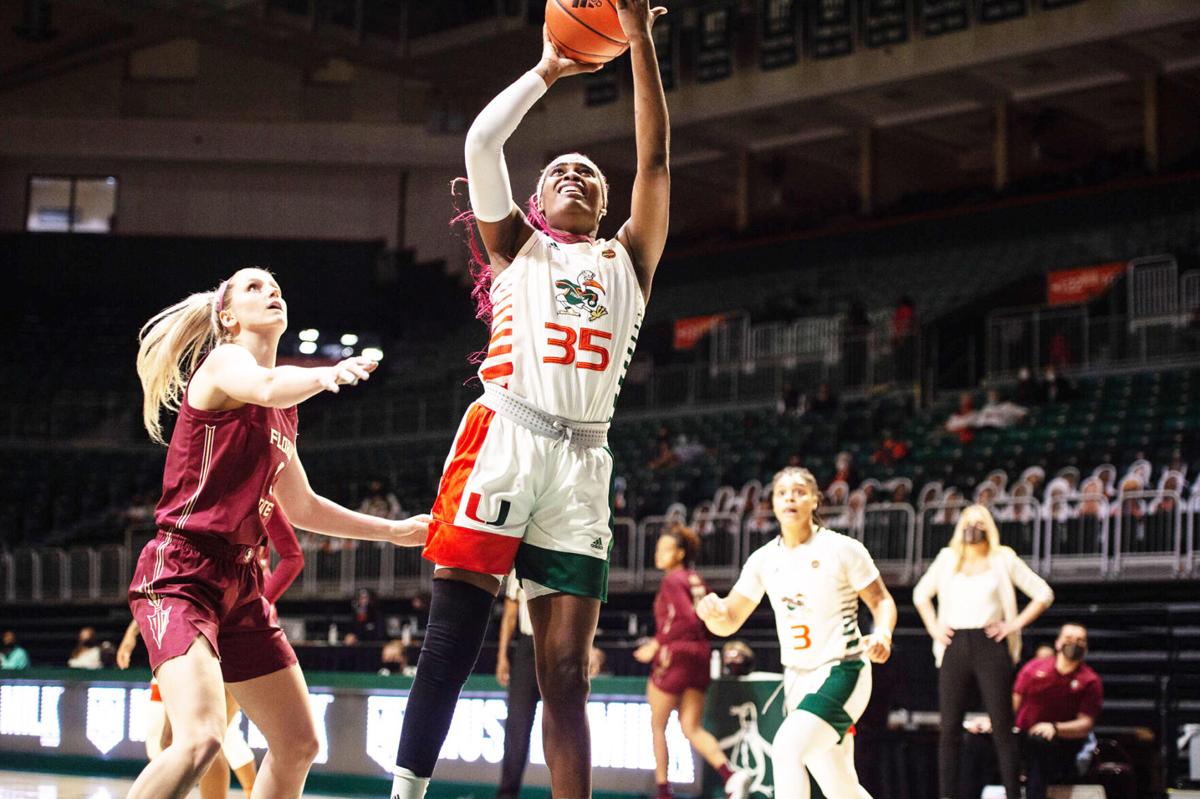 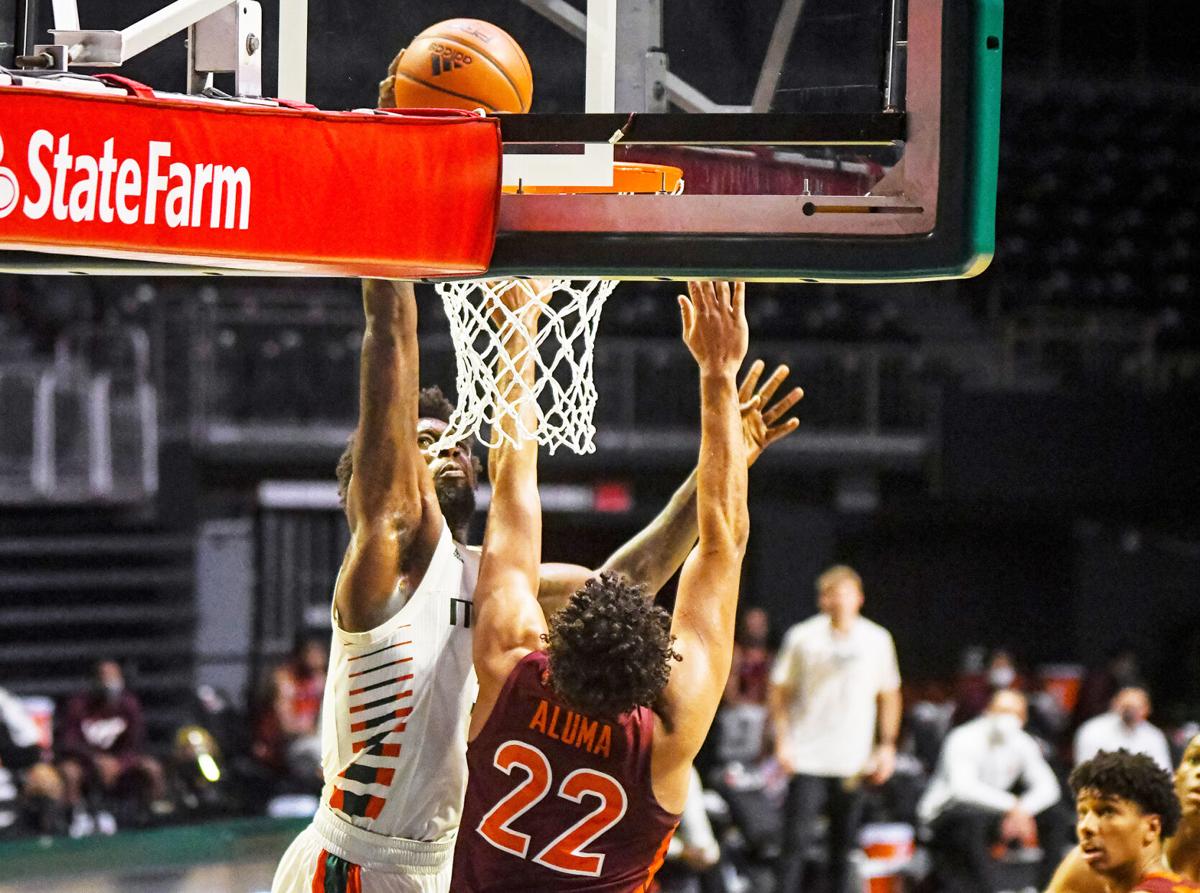 Nysier Brooks had a double double with 10 points and 12 rebounds.

Both the Men’s and Women’s teams were in action this week, ladies first.

On Sunday afternoon, the Lady Canes faced their rivals, the Florida State Seminoles. With a great team effort and a timely change of strategy, Miami delivered Coach Katie Meier a 68-53 victory for her 300th win at UM.

Miami came out firing from the three but could not make a thing. The first quarter ended with FSU leading 11-7. Canes had a decent second period cutting the Noles lead to two 24-22 at the half.

Coach Meier changed plans at halftime giving up on the 3 point shot (UM ended up 1-13 for the game on 3 point attempts), fired up the team and had Miami take the ball inside the entire second half.

The Lady Canes came out strong after the break making their first 8 shots, turning a two point halftime deficit into a 12 point lead with a 26-12 3rd quarter going up 48-36.

With a 20-17 4th quarter, UM kept up the strong play right to the final buzzer. The Lady Canes had an amazing season high 48 points in the paint in this ACC battle.

Naomi Mbandu led the Canes with 16 points on 7-11 shooting while adding 7 rebounds and 4 assists.Taylor Mason added 15 points , Endia Banks 12 and Kelsey Marshall had a strong line of 12 points, 3 rebounds and 4 assists. Destiny Harden owned the boards with strong defense and 12 rebounds. FSU was held to 21-58 shooting (36.2%) in the contest while UM went 28-56.

Congratulations to the entire team but especially to Coach Katie who with her 300 wins at The U now has 376 for her career with 76 at Charlotte.

Wong missed a three with 0:26.2 then Mutts went to the hoop with0:11.9 to go and Olaniyi made what looked like a clean block but was

whistled for a foul.

Mutts made 1 of 2 tying the game at 71. Anthony Walker pulled down the rebound on the miss passed to McGusty then back to Wong who drained a three and Canes led 74-71 with 0:024.

Olaniyi knocked the inbound pass away and VaTech inbounded at half court with 0:02.1 left.

Somehow Hunter Cattoor was open for a three and made it at the buzzer sending game to OT at 74-74.

After the first 4:32 of overtime each team only scored two points, then Naheim Alleyene dropped a floater putting Hokies up 2 with 0:28 to go.

With 0:06.6 in OT Olaniyi drove to the hoop and was run over by Cattoor like a Mack Truck but an official saw it as an offensive foul and that was that.

Canes had to foul. Cattoor made both and Va Tech got to go home with the win. Heartbreaking undeserved loss for the Canes.

Olaniyi and Wong both had 19 , McGusty 18 and Brooks had a double-double with 10 points and 12 rebounds for the Canes.