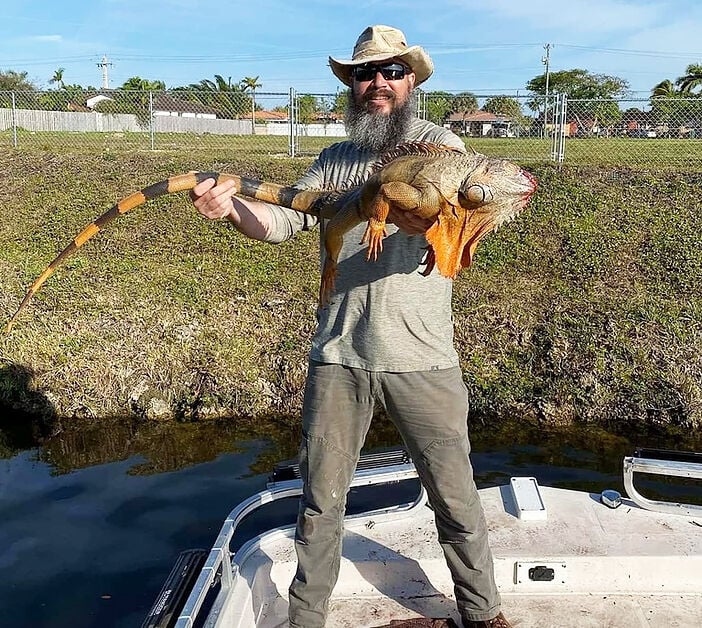 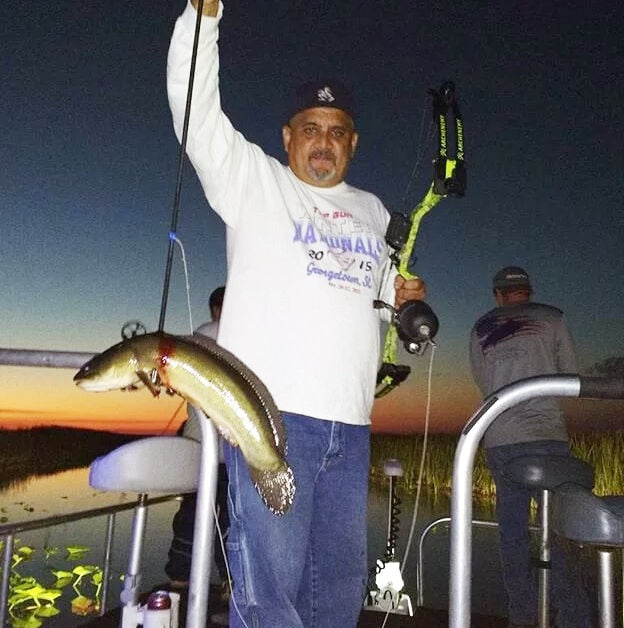 Fishing success on a sunset charter.

Fishing success on a sunset charter.

I recently caught up with Captain Donovan of Arrow Assault Bowfishing Charters who updated me with what’s new in the hunting industry for South Florida…Blowgun Hunting.

As my curiosity peaked, Donovan gave me a history of how he turned his bowfishing and hunting hobby into a business that he thoroughly enjoys.

While serving in the Army at Fort Lee, Virginia, Donovan took to bow hunting as a hobby in 2007. Soon he began doing bowfishing charters, but his real devotion to this sport peaked when he obtained his Captain’s license and transferred to South Florida at the U.S. Southern Command Center in Doral.

While finishing out his 20-year Army career, Donovan moonlighted taking bow hunters fishing in the waters of South Florida.

Now retired from the military at 40, a new idea was born…hunting Iguanas, the invasive species that has become a nuisance to the ecology of South Florida.

After some trial and error, a prototype weapon was designed - a hollow rod and reel with a steel tip dart attach to fishing line inserted inside the tube of the rod. Simply aim down the shaft of the rod, take a deep breath and exhale with force.

In our native waters, prey can consist of plecostomus catfish, frogs, tilapia, red devil cichlids and more. In the water, accuracy can go to depths of 2 to 2 ½ feet.

On land, iguanas are the prime target. Iguanas were brought into the United States and sold in the pet industry. In northern climates they cannot survive the harsh winters therefore, these reptiles offer no danger in colder climates. However, in the tropical regions such as South Florida these reptiles can reproduce and thrive. Iguanas are basically herbivores (plant eaters). If not kept in check iguanas can destroy foliage and crops. They seem to be attracted to the color red therefore strawberry and tomato growers beware.

An iquana charter usually last four hours hunting by boat along canal banks plus searching the limbs of mangrove trees.

As for success in finding these reptiles Donovan replied, “There are so many iguanas in South Florida that finding them is not a problem.” He expressed that as many as 39 have been bagged in one four-hour trip.

As for iguanas “bagged,” Donovan would gladly clean a few for eating. “Not only is the meat delicious but the skins are beautiful. A medium size iguana could fetch $50 to $60 to the right person.”