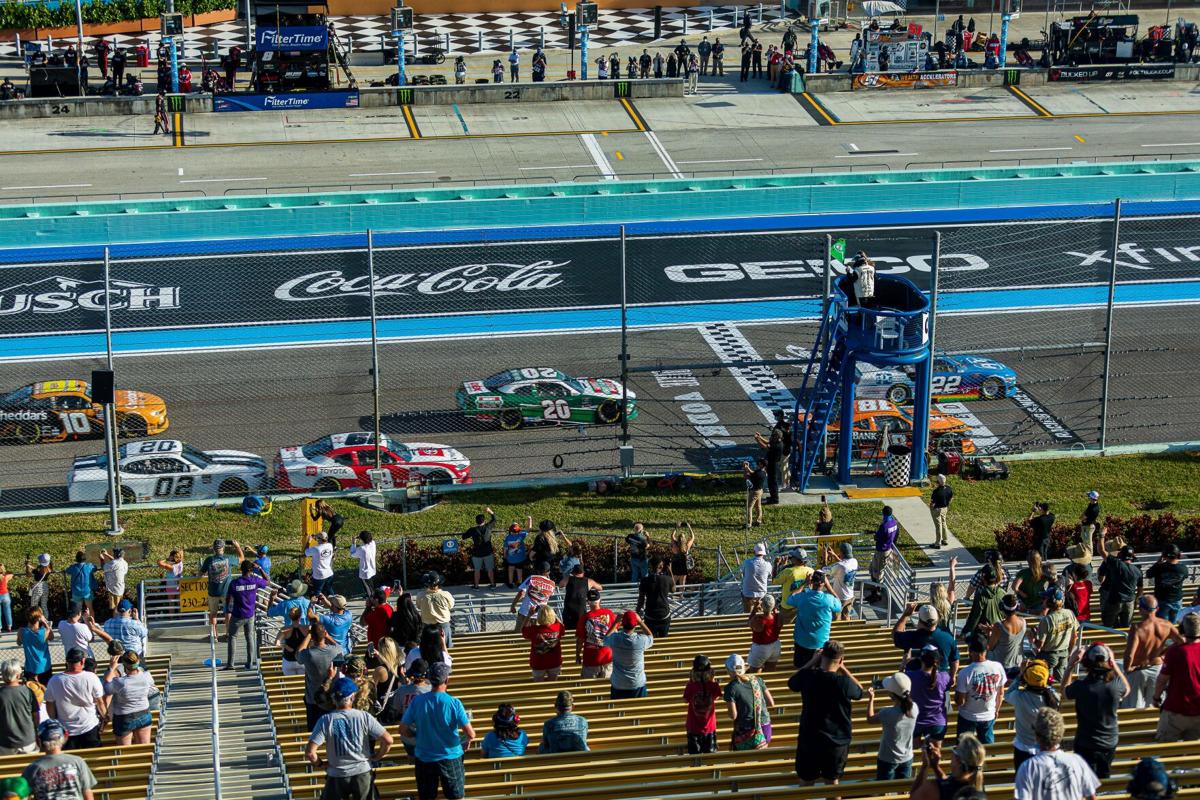 What excitement! The lead changed throughout the Contender 250. 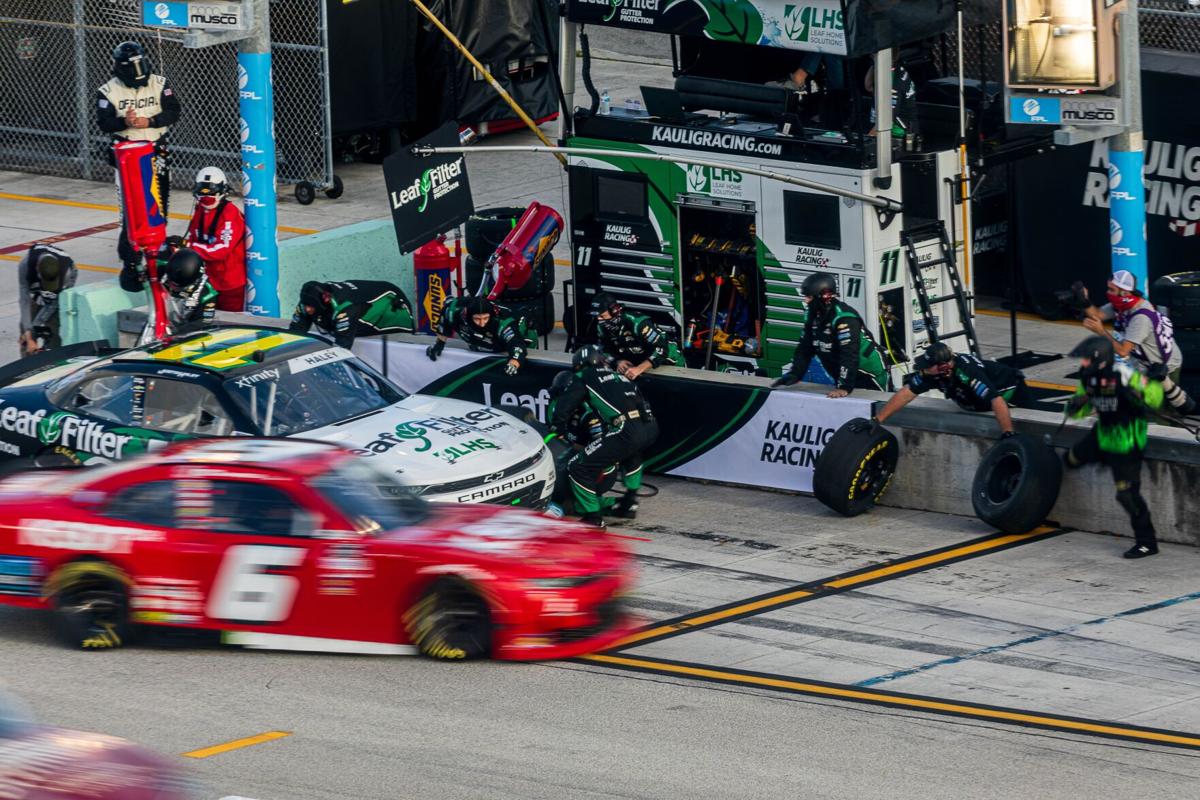 A good pit stop for tires and a top off could mean the difference between winning or losing.

NASCAR returned to Homestead Miami Speedway on Saturday the 27th. With fans restricted to around 18% of the grandstand’s capacity, 40 Xfinity cars started the Contender Boats 250 marking the 3rd weekend in a row with NASCAR national series racing in Florida. With the starting grid set by metrics Austin Cindric started on the pole and Daniel Hemric beside him made up the front row.

The 167-lap race was broken into 3 stages of 40, 40 and 87 laps each. The first yellow flag came out on lap 26 when the 95 spun. Austin Cindric led the first 31 laps but did not pit. On the restart Noah Gragson in the 9 took the lead but could only hold it for 2 laps as those cars who had pitted for tires began to dominate. Justin Haley in the 11 spared with A. J. Allmendinger’s 16 until AJ took the lead with 2 to go in the stage. Allmendinger held on to win stage 1 closely followed by Haley. Daniel Hemric in the 18 rounded out the top 3.

Allmendinger restarted in first and held on to the lead. The yellow flag waved again on lap 67 for fluid in turn 1. The leaders stayed out while a number of others came into the pits for tires. It only took Austin Cindric 2 laps to work his way from deep in the field, taking advantage of new tires, to move to the front. He held on to win Stage 2.

Cindric held the lead on the restart for Stage 3. On lap 97 Justin Allgaier in the 7 came up the track into the 98 of Riley Herbst bring out the caution. Cindric continued in the lead as the yellow flag came out on lap 109 when the 15 of Colby Howard dropped fluid in turn 4. On the subsequent restart Brandon Jones in the 19 fired off and into the lead bringing Almendinger with him. Cindric dropped to 4th. 5 laps later AJ passed the 19.

Allmendinger led until he was passed for the lead by the 02 of Brett Moffit on lap 131. Moffit would hold first for 6 laps when he was passed by Noah Gragson. Gragson appeared to be running away from the field with an over 5 second gap between him and the car in second place. However as in both Xfinity races held at Homestead last year the win would slip through his fingers. With 2 laps left to go he prepared to pass the 13 of David Star. Star had a tire go down forcing him up the track in front of Noah. The resulting crash sent Gragson to the Infield Care Center where he was checked and released. The yellow flag pushed the race into overtime.

In overtime and after pit stops, the 2 of Myatt Snider and Tyler Reddick in the 23 lined up on the front row. In the first try at a green, white, checker overtime the yellow came out when the 16 was turned in turn 1. For the second attempt Reddick and Snider changed positions still on the front row. With a better restart Myatt Snider, who had started 10th, took the lead and held it to notch his first win in the Xfinity series. Reddick crossed the finish line in second, .085 second behind, however his car failed post-race inspection and he was credited with a 40th place finish. This shifted Brandon Jones to second and Daniel Hemric to third.

Myatt Snider, who led only the last 2 laps of the race, joined Cole Custer, Kasey Kahne, and Regan Smith as drivers who got their first Xfinity win at Homestead Miami Speedway. After the race, his 36th start in the series, he said, “Just a shout-out to all the RCR guys, Taxslayer, all these people that supported me over the years. It’s been a rough journey, but we’re here with a win, and I can’t complain.”