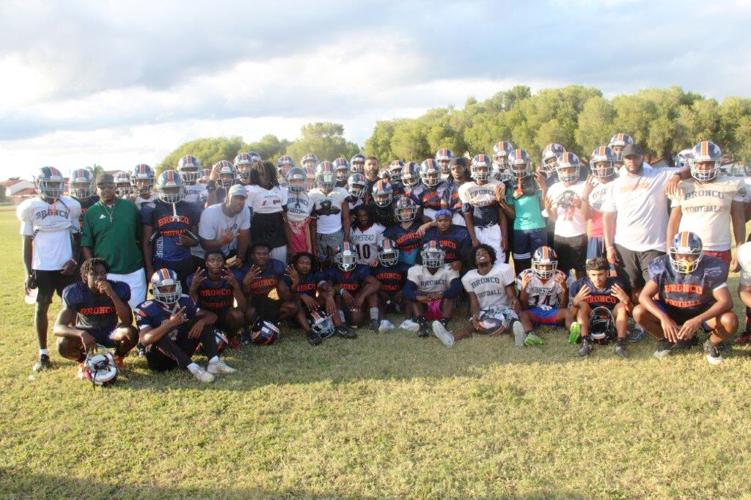 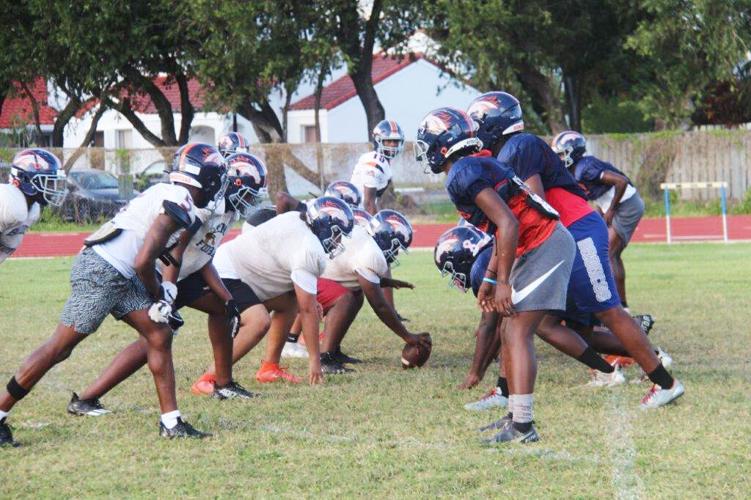 The HSHS team is motivated to practice hard andkeep on winning.

The HSHS team is motivated to practice hard andkeep on winning.

he Homestead Senior High School football team continues to march through the playoffs.

The Broncos defeated Dr. Krop 35-12 in the second round of the playoffs and played very well.

Dandridge caught a pass to score on a conversion. On one creative play, Warren threw a touchdown pass to Javan Robinson.

Next up for the Broncos is Miramar, a team with a 10-1 record. They are coming off a 29-24 win over Southridge. Homestead will host Miramar on

“We will watch game film and study Miramar. This is the time of the year when we have to leave everything on the field. The coaches are battle tested and we have faced some very good competition. Those games have been lessons for us. Now we have to play like there is no tomorrow. I have great confidence in our coaching staff,” said Brown.

He believes it’s important for the Bronco players to be well prepared for this game. “Playoff football is not an easy task and everyone is good. Miramar is a very good team and they have done well in the state playoffs,” said Brown.

Coach Philip Simpson believes in the Broncos team. “We have good team pulse and there are no conflicts among the players. We have a good environment. Our team has come together, and we have good chemistry,” said Simpson.

He is pleased with Townsend’s performance at quarterback. Simpson said that Isaac Brown is a four-star recruit and has received interest from Miami, Florida State, Michigan and other top teams. Cortez Mills is also receiving interest from Florida State, University of Florida and Miami. David Justice is a top prospect with interest from Central Florida and South Florida. Dandridge is planning to play for Temple University. The Broncos have very good defensive players and a strong offensive line. Jameel Carter and Luis Pruneda each play offensive guard and are very talented linemen.

Townsend believes that with enough work, the Broncos can succeed on the field. “If we put in the work and listen to the coaches we can win,” he said.

Mills said, “It is important to be positive and work hard in practice.”

The Broncos are 10-2. One of their losses came against Southridge.

Simpson believes the team learned from the loss and can do well against Miramar.