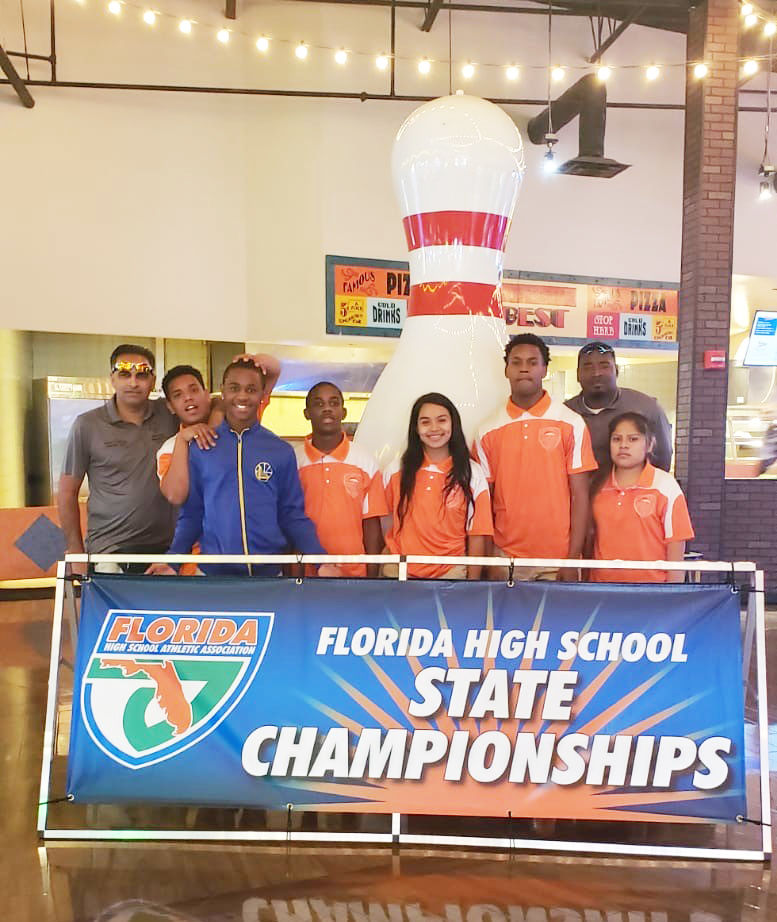 The Homestead Broncos’ unified bowling team advanced to the final four of the FHSAA state championships.

The team consisted of Jose Santos-Rosado, Montravious Carter, Ana Lopez and unified partners Priscilla Alegre and Richard Wilson with Santos-Rosado leading the way with a 115 scoring average followed by Wilson’s 105 in the first year FHSAA teamed up with the Special Olympics for bowling in the 32-team event.

“I thought it was amazing to go as far as we did,” head coach Frank Marion III said. “I think they did an awesome and amazing job this year.”

The Broncos fell in the deciding fifth game to the top seed in the tournament.

“I was proud of the way we came together as a team because we were down in a couple of the games and faced adversity of being knocked out,” Marion said. “We were down 2-1 and then tied it up to take it to a sudden death game, which was amazing for the team and the camaraderie to come

together as one to make that push.”

Homestead is a nationally-recognized unified champion school, which also competes in flag football, track, and basketball.

“Homestead is an elite program in Special Olympics, which is

awesome and it does a lot for the community,” Marion said.