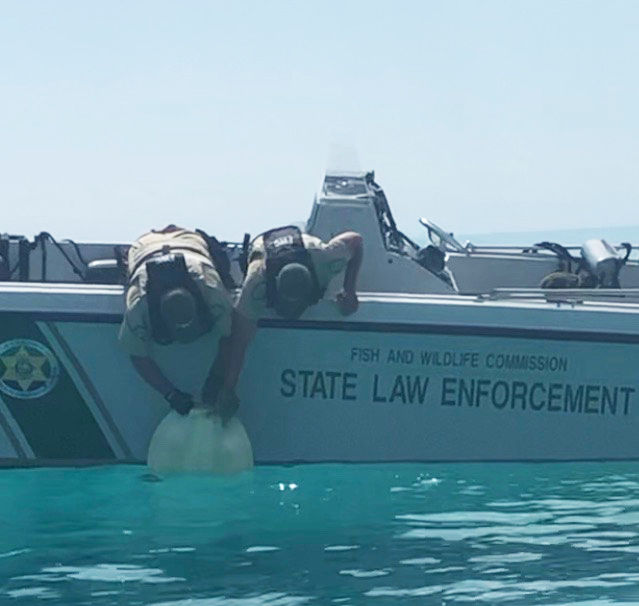 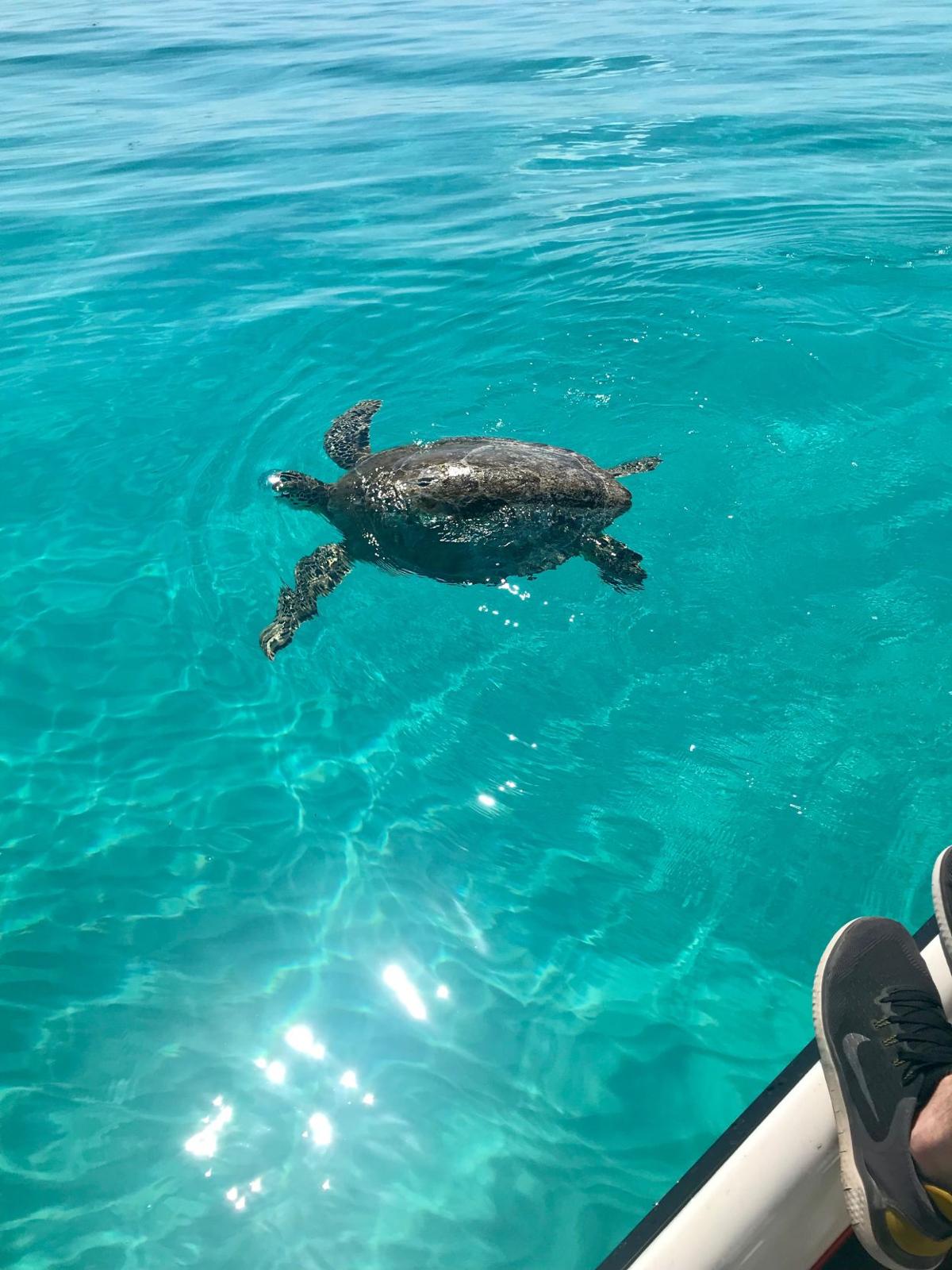 Aldo Leopold needed help and the FWC rescued him.

Aldo Leopold needed help and the FWC rescued him.

Earlier this week the FWC officers responded to an Injured Green Sea Turtle Near Alligator Reef Lighthouse, offshore of Islamorada in the Keys.

The call came from a couple that were on their personal watercraft and discovered the Sea Turtle struggling to swim . The couple observed the turtle and called the Turtle Hospital in Marathon who then contacted the FWC.

FWC Officers responded and rescued the turtle and brought it to shore to meet up with staff from the "Turtle Hospital". The Green Sea Turtle was transported south for treatment and rehabilitation until it makes a full recovery and can be released back to the ocean. The turtle has been named "Aldo Leopold."