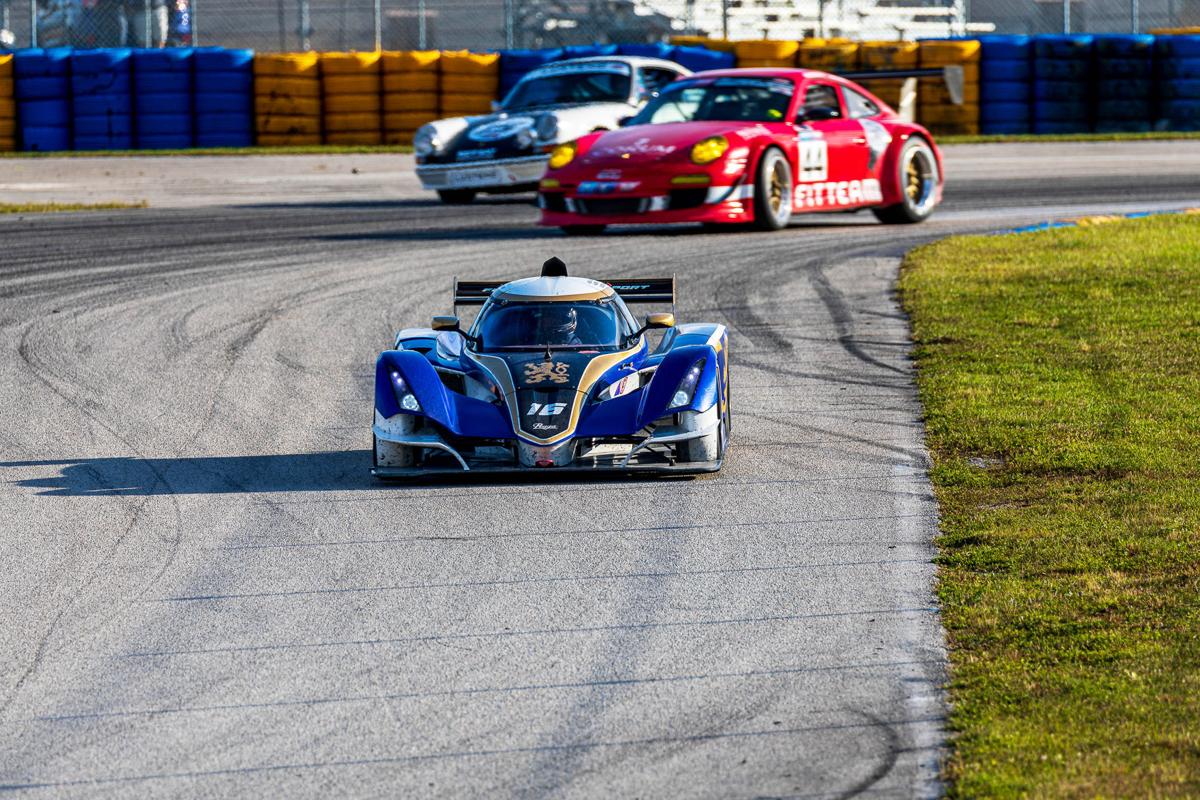 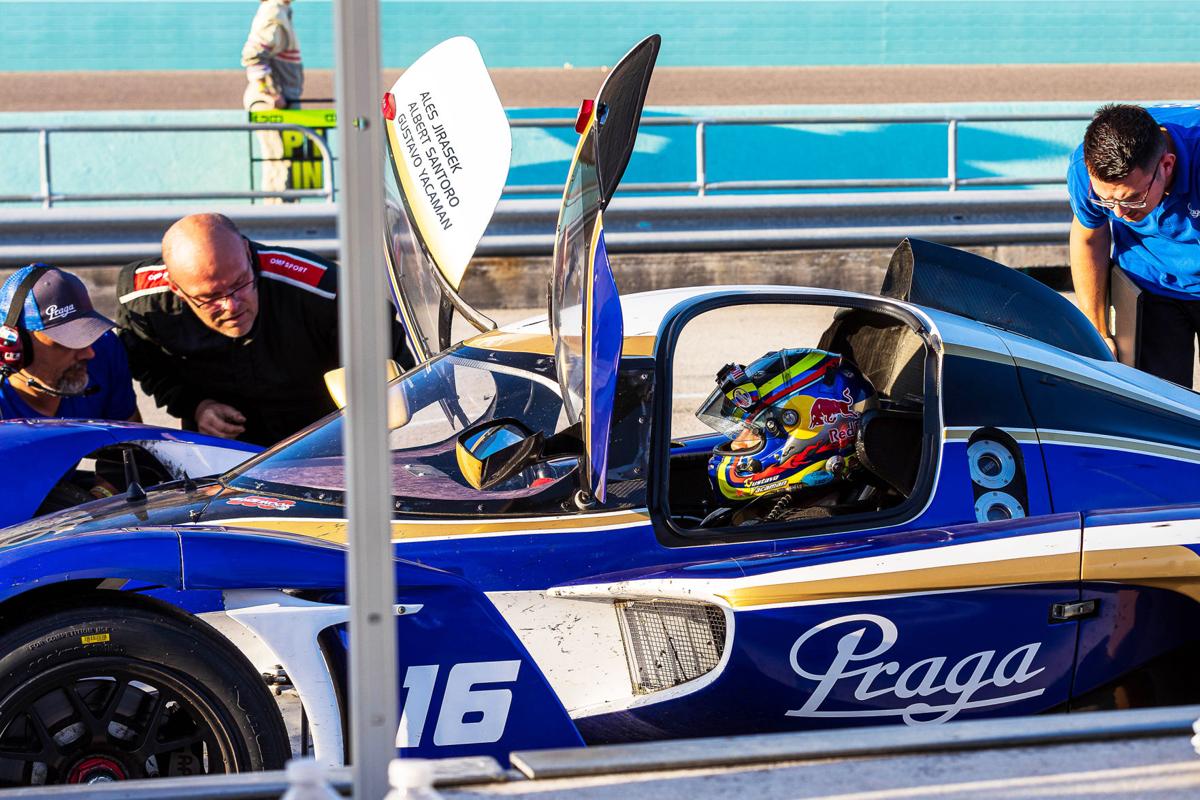 Tire trouble and this slow pit stop cost the #16 the race. 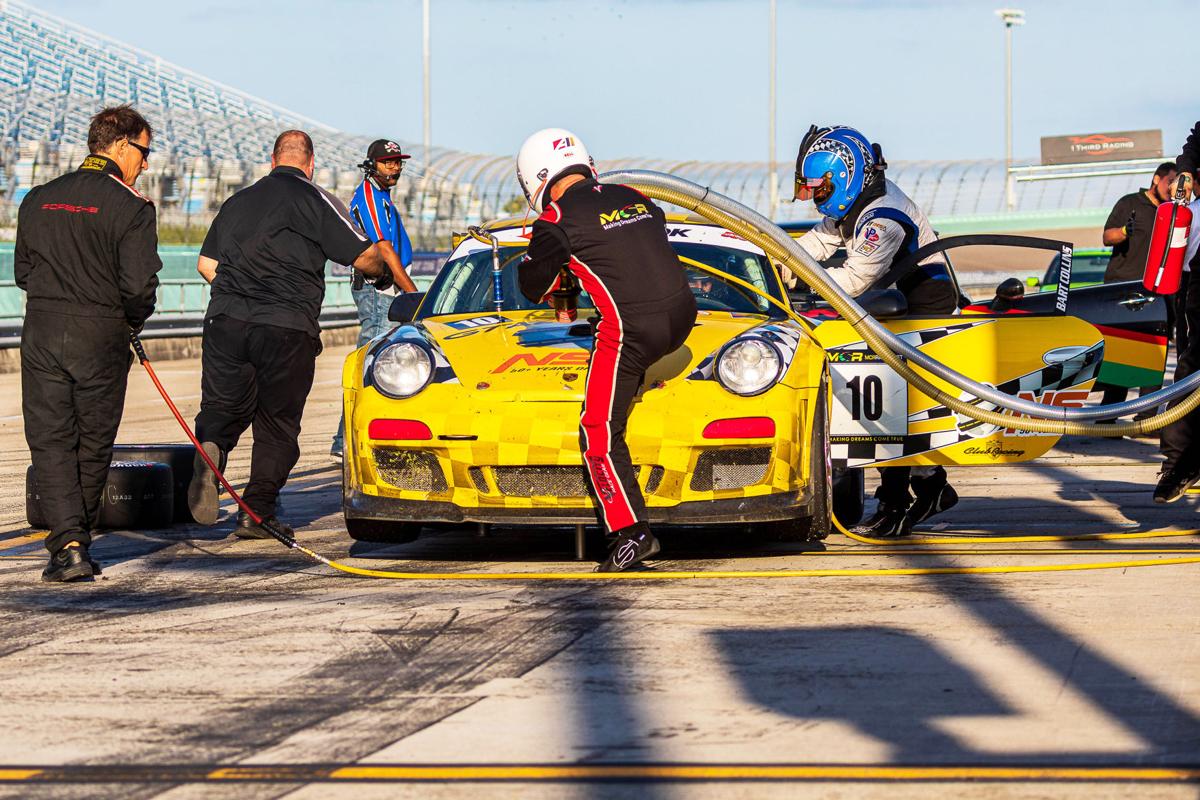 Fuel, tires and a driver change for the winning #10 Porsche.

Tire trouble and this slow pit stop cost the #16 the race.

Fuel, tires and a driver change for the winning #10 Porsche.

The Formula and Automobile Racing Association (FARA) brought several thousand fans and race teams from around the world to Homestead Miami Speedway for a full weekend of sportscar racing.

Saturday the 30th saw practice, qualifying and a short sprint race. Sunday the 1st brought another hotly contested sprint race and the highlight of the weekend, the Hankook 500 4 hour endurance race.

The normal Homestead Road Course was modified to include Nascar turns 3 and 4 allowing for increased speeds and superior racing. In this type of racing, teams compete both for overall finish and within a number of classes grouping cars of like horsepower and speed.

The first hour of the race saw close racing at the front of the pack with a number of overall lead changes. As the race wore on the number 16 Praga R1T took and held the overall lead followed closely by the number 10 Porsche 997.

Also being contested was the Ferdinand Cup Championship. The Ferdinand Cup is a racing series for vintage Porsche race cars based in France. After 2 races in France and 1 in Belgium, 7 teams shipped cars to Homestead and flew in from Europe for the race. While the final results of the Championship were not available, several teams took class wins.

After a lengthy full course caution caused by oil dumped on the front straight, the leading number 16 was forced to make a long unscheduled pit stop for damage caused by a tire going down. After returning to the track driver Albert Santoro fought to make up the lost time, however the cars transponder used for timing and scoring had stopped working resulting in further laps not being counted. Never the less the team still finished second in class.

The number 10 MCR Racing Porsche driven by Bart Collins and Danny Van Dongen inherited the overall lead and held on to win over the TLM Racing 44 Porsche 997 and TLM Racing 41 BMW Z4.

While this was the last FARA event of the year, fans will not have to wait until Nascar returns to Homestead Miami in March for great racing. FARA’s Miami 500 will be held February 15-16 and will run 5 other races at HMS over the year. Check out FARAUSA Facebook page and for more information. Also go to for information on other racing series and events held year-round at the track.