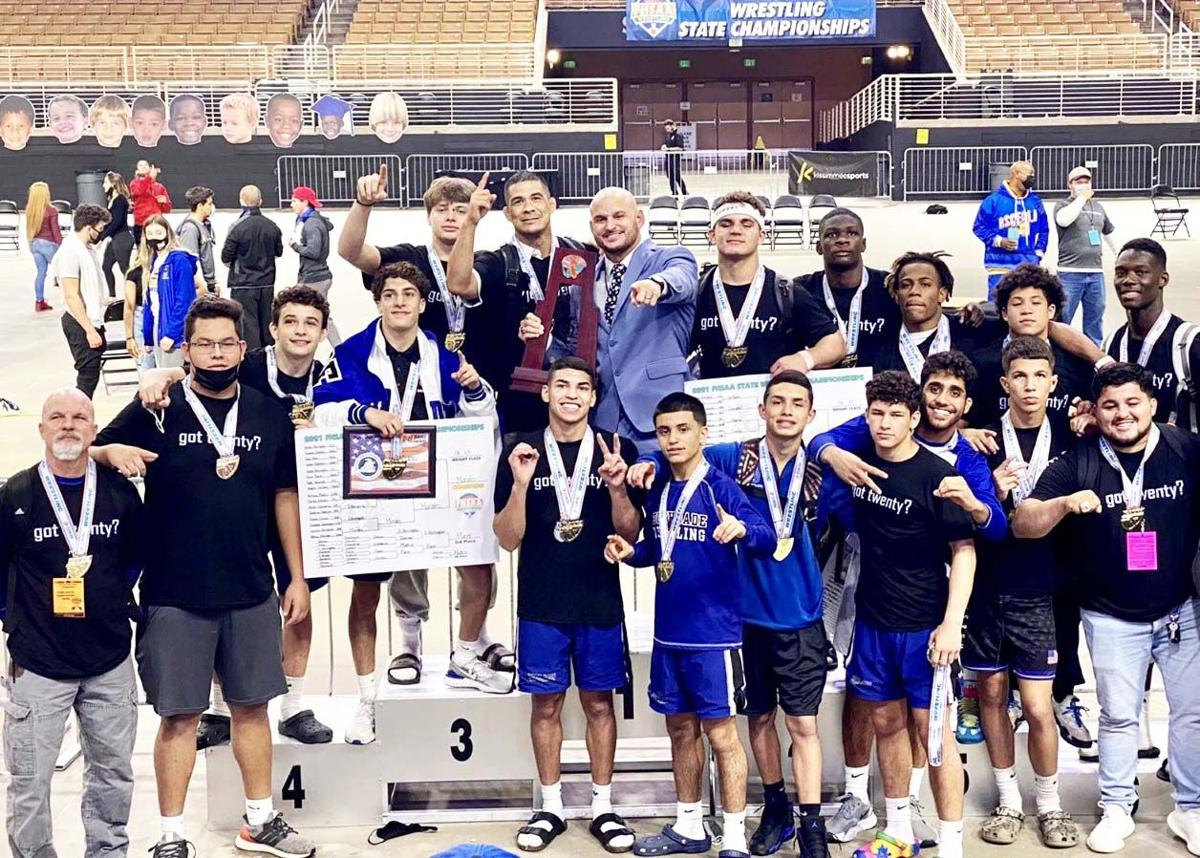 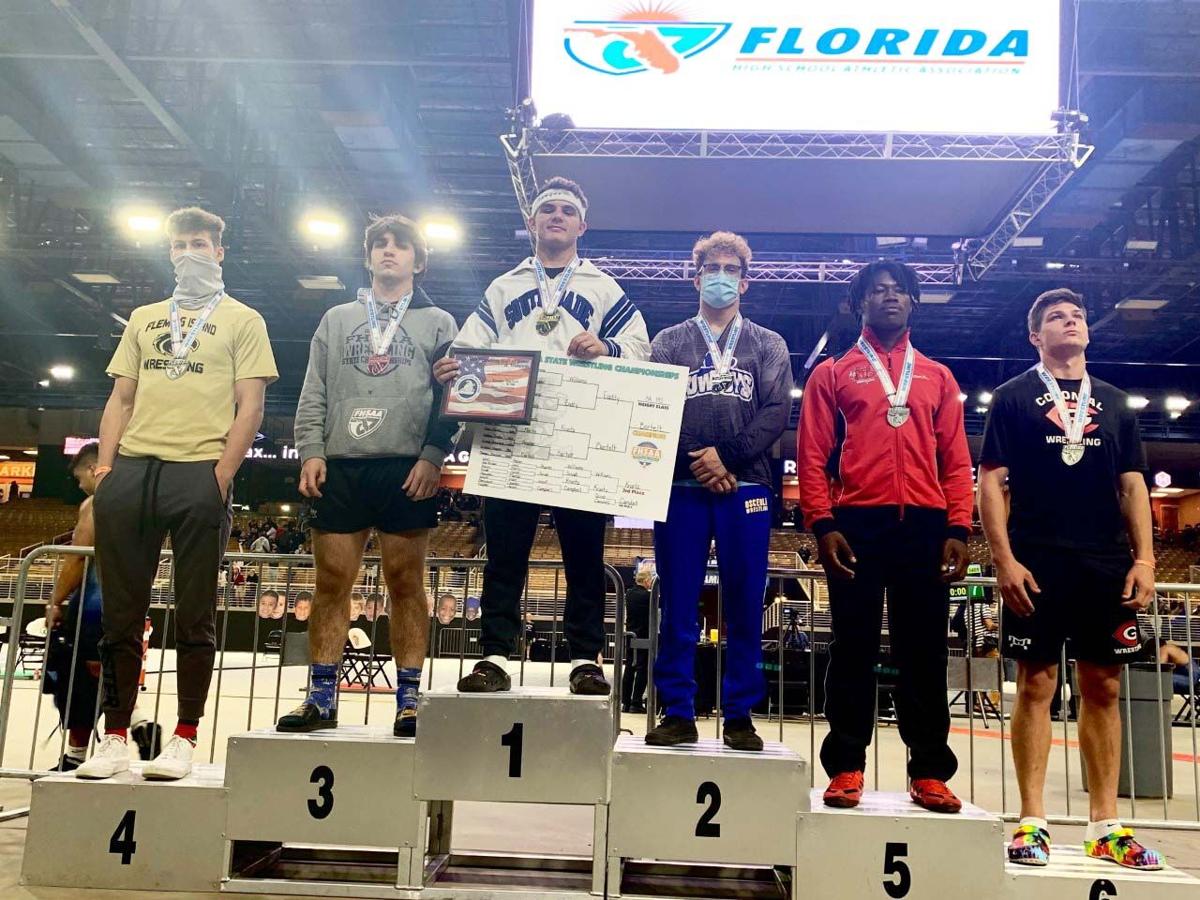 South Dade freshman Sawyer Bartelt capped off an undefeated 35-0 season with a state championship win in the 195 over Osceola senior Nolin Eaddy.

tournament to rival Southwest, South Dade regrouped and romped through the competition at the wrestling state championships Saturday to capture the Class 3A state title and crown three individual state champs.

The Buccaneers rolled up 164 points, besting second-place Southwest by 33.5.

“Losing always wakes you up a little bit,” South Dade coach Victor Balmeceda said. “Being the underdog always puts a little more fight in you. "Everyone of our kids scored points and that's what you need to do to wins state championships. 20 is a nice round number."

In January, the Buccaneers won their fourth straight Duals state championship — the most of any program in the state.