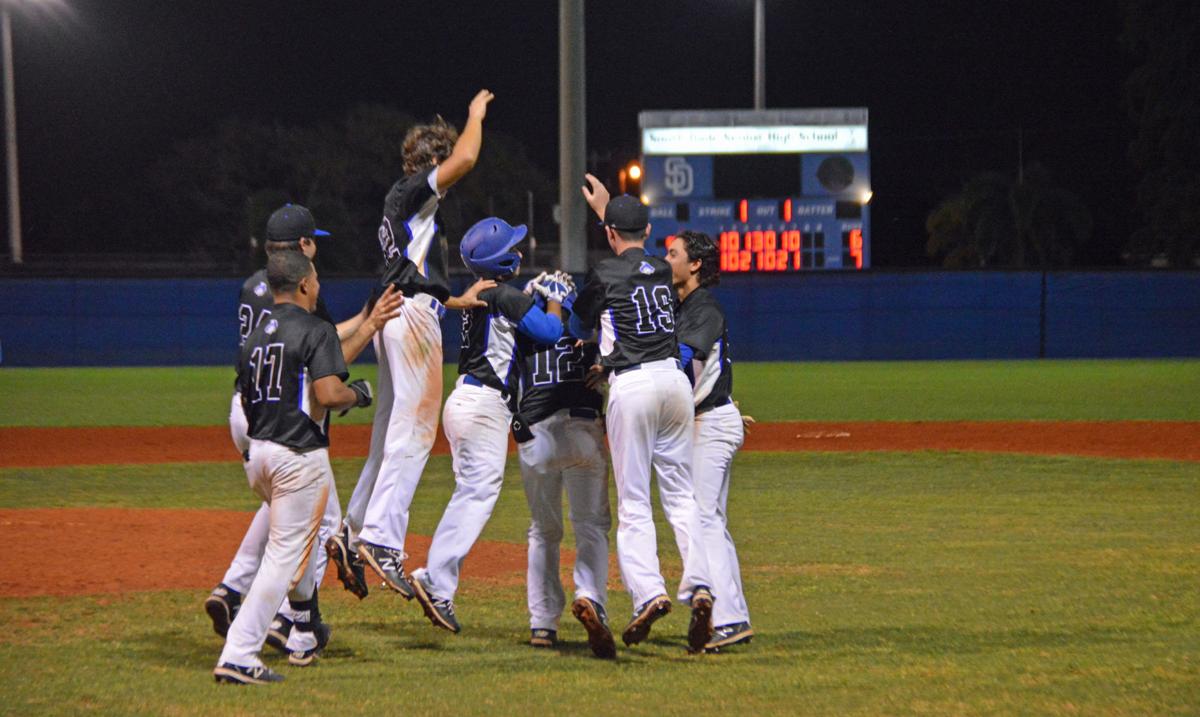 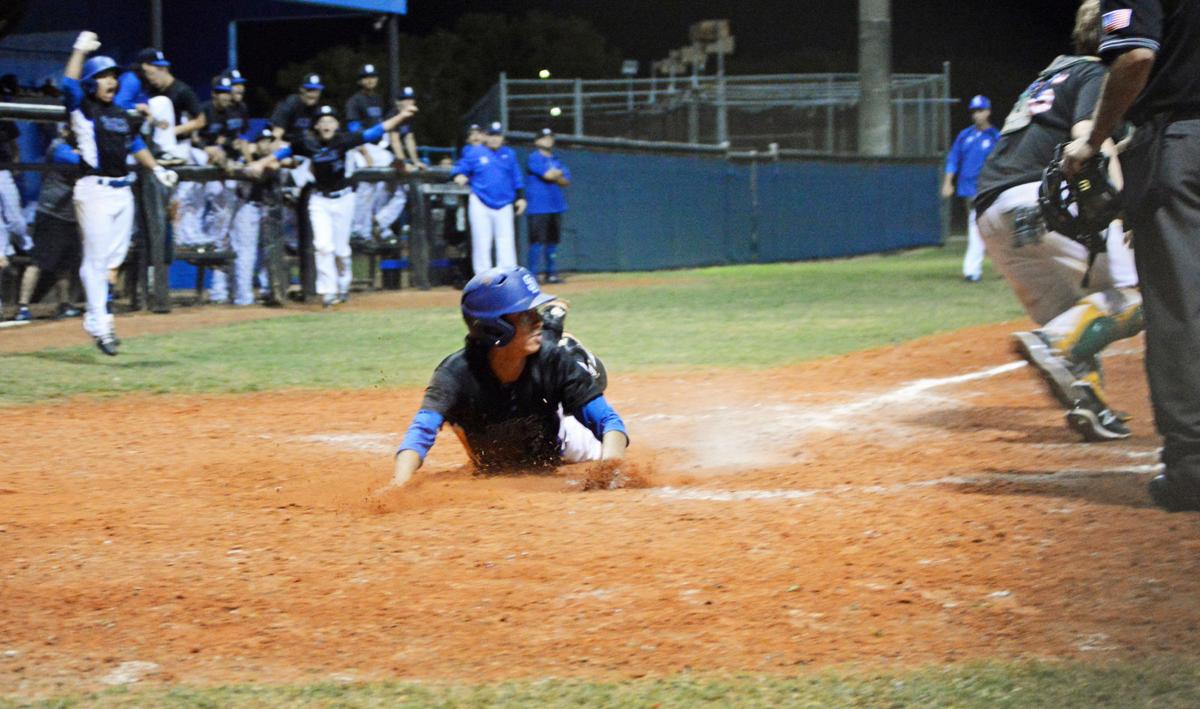 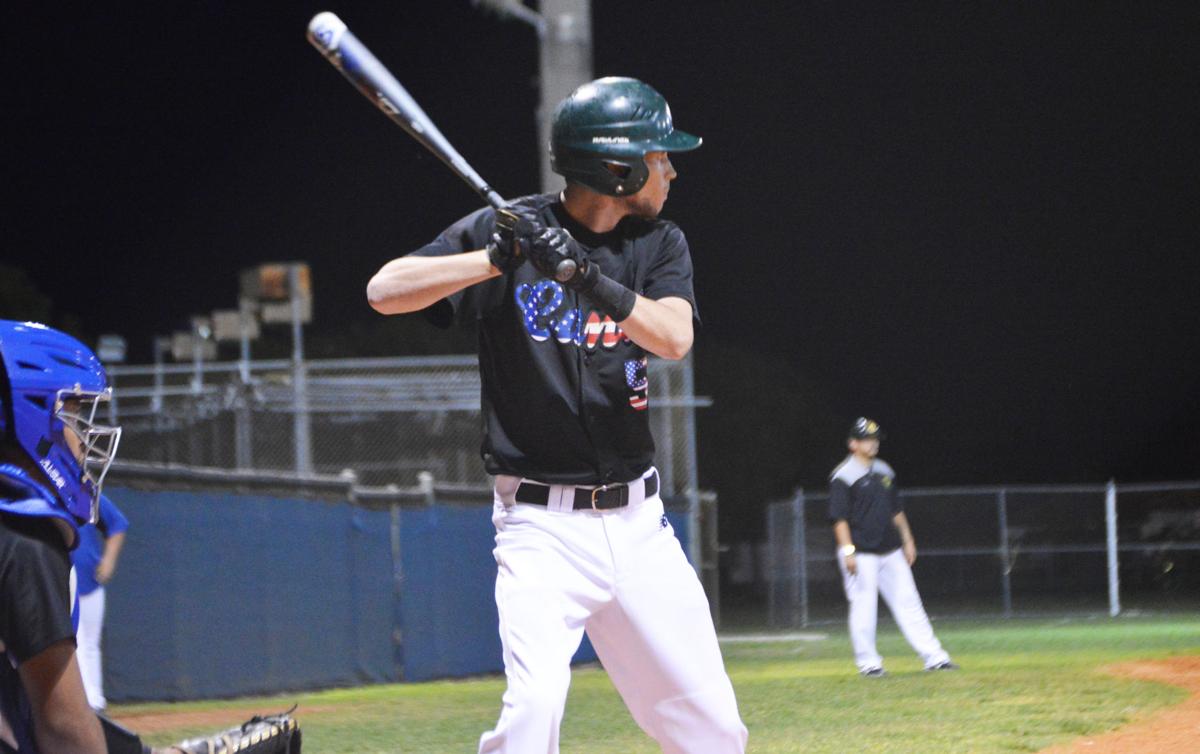 Freshman shortstop Wilfred Gonzalez wanted to make up for his throwing error that led to two runs.

After walking and coming around to score twice to help atone for his mistake, Gonzalez laid down a squeeze bunt in the bottom of the seventh to score the winning run in a 7-6 walk-off win for the South Dade Buccaneers over Coral Shores in their season opener at Ray-Boyd Field.

“Words can’t describe how much fun that was,” said Gonzalez, who was rushed by his teammates on the field.

Gonzalez bunted down the first-base line with one out while junior Brandon Moreno raced into home, sliding head-first without a throw after reaching base with a lead-off walk issued by Andy Hall (0-1).

“As soon as the ball gets down and the first baseman fields it, just run,” Moreno said.

It was a successful return to the game after three years for South Dade head coach Fred Burnside, who won over 500 games in his career with stints at Killian, Southridge, and South Dade and guided the Bucs to the 2014 state title.

“I enjoy the kids, I really do, that’s why I came back,” said Burnside, who is in his ninth season at South Dade. “I missed the game, but I missed the kids more. Even though I’ve got to be an S.O.B. sometimes with tough love, I’m enjoying it.”

Burnside decided to go for the safety squeeze with the game on the line.

“They executed it and it went well,” Burnside said. “(Gonzalez) handles the bat pretty well, his throwing arm is a different thing.”

South Dade is coming off an 11-11 season led by a number of seniors, a contrast to this year’s team, which had only seniors in the starting lineup.

“We’re really young,” Burnside said. “We’re starting only a couple seniors so this is huge. We’ve just got to build on it.”

The bunt capped a come-from-behind win for South Dade (1-0), which trailed 6-4 in the sixth before senior Christopher Napoles hit a game-tying, two-run

“Honestly the less I think the better,” Napoles said of facing a pressure situation. “It’s quite simple, the more your head starts running, the more you confuse yourself. You’ve just got to step up there and do your thing. We’ve been doing this for so long and we have to remember we’re natural athletes at this. Stepping up to the plate should feel like a natural thing and just do a job.”

Napoles also had a double to right in the third and led the Bucs with three RBIs.

Junior Robert Cortez also knocked in a run as eight different Bucs recorded a hit in the game.

“We’ve just got to learn from our mistakes, we had a lot of costly errors and they understand because we work on it every day, but we’ve just got to keep repeating so it sticks,” Coral Shores head coach Fabian Placencia said. “We’ve got a young team and in all seriousness I think if we keep working on this, we’ll get better. It’ll get better, I know it will.”

Coral Shores got to Abbott early, loading the bases in the first, but only scored one run when Hall was hit by a pitch.

An error by Richards tied the game at 1 in the bottom of the first.

Senior Josh Minak’s base hit to right-center gave the Hurricanes a 2-1 lead.

South Dade responded with Napoles’s double to right, which scored a run on an error by Noah Butler, and Napoles came home to score on Cortez’s base hit for a 3-2 lead.

Cruz was in control with two outs in the fourth before consecutive errors by junior Daniel Perez and Gonzalez, and Carlson took advantage with an RBI double, giving Coral Shores a 5-3 advantage in the fourth.

“That error killed us, but we came out with the dub and that’s all that matters,” Gonzalez said.

The Bucs cut the deficit to 5-4 when Napoles was hit by a pitch with the bases loaded.

Walters pushed the lead to 6-4 with a sacrifice fly on a shallow fly ball in the sixth.

“We had a lot of guys come up clutch,” Placencia said. “We’re not going to hit bang balls out of the park. We understand what we’ve got and those kids really take pride in what we’re teaching them.”