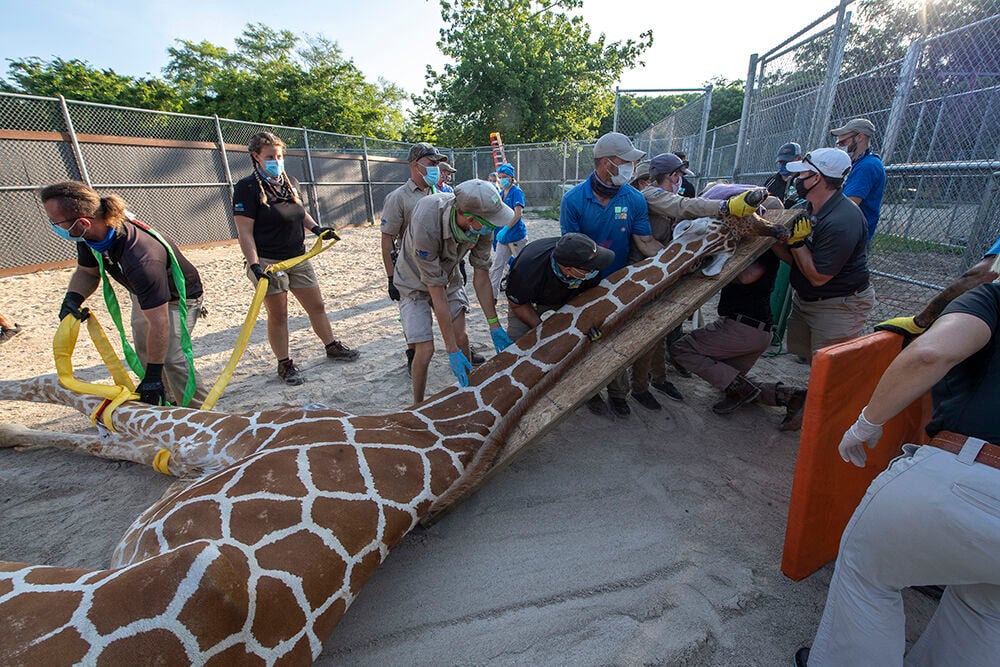 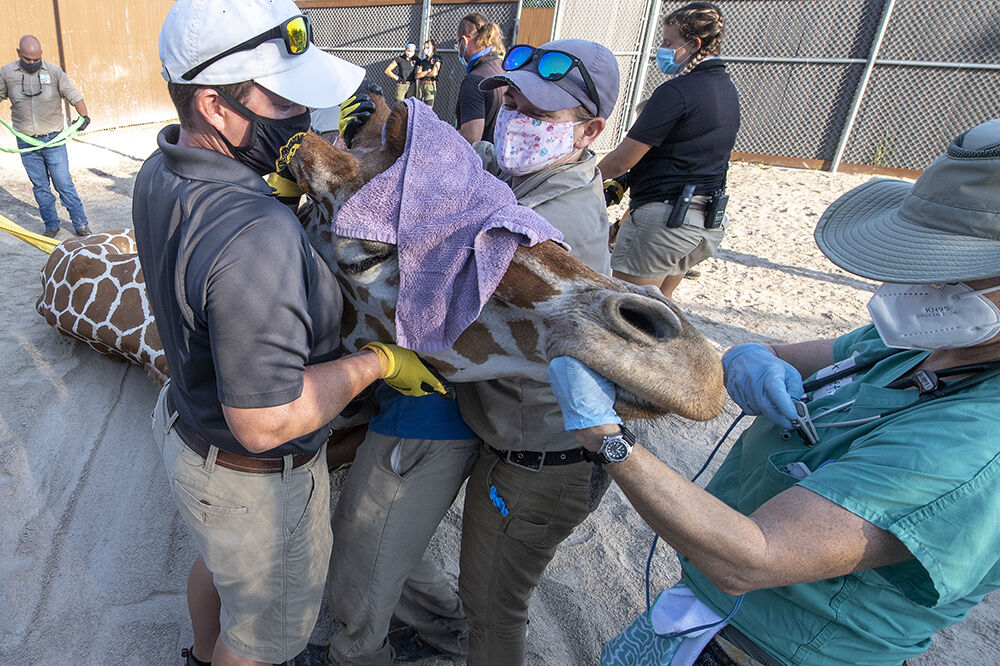 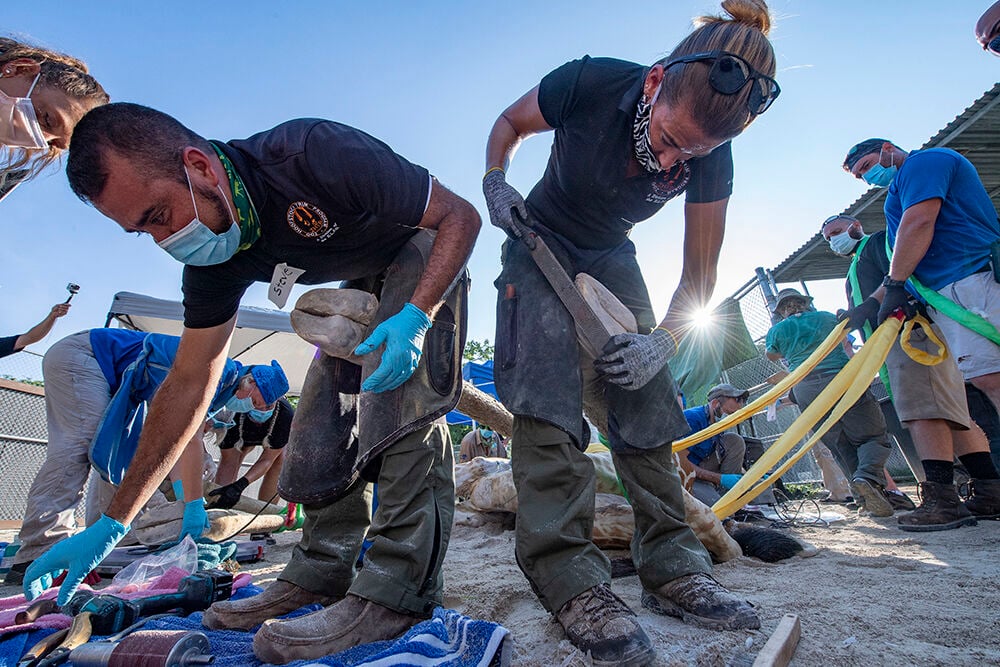 On Saturday, September 19th, “Pongo,” an 11 year old reticulated giraffe was immobilized for a series of procedures that were necessary to improve his quality of life which had experienced significant decline over the last several weeks. Standing over 16 feet tall and weighing close to 2,000 pounds, he had been suffering from severe lameness that had significantly restricted his mobility and was making it difficult for him to go through day-to-day activities without debilitating pain despite receiving medications to help manage his discomfort.

It took a highly coordinated effort by a team of over two dozen individuals from several institutions, including veterinarians, veterinary technicians, zookeepers, and farriers, to immobilize the giraffe and then to simultaneously perform a variety of tasks. Those tasks included X-rays, hoof trimming, the shaping and attachment of custom rubber shoes, laser therapy, and the collection of blood and tissue samples.

Because of a giraffe’s extraordinary anatomy and size, the greatest challenge was safely immobilizing Pongo and keeping him under anesthesia while maintaining his vital signs at a healthy level.

Generally speaking, adult giraffes are considered to be one of the most challenging animals to anesthetize and death as a result of not being able to recover from anesthesia is a serious risk.

For this reason, the decision to immobilize Pongo was challenging but necessary because without being able to perform the procedures prescribed, euthanasia may have had to be considered.

In addition, Dr. Beth Hammond and Dr. Alan Glassman from Lion Country Safari joined Lauren Hinson from the Brevard Zoo and Steve Foxworth, Andrea Widdifield and Maddie Munns from the Zoo Hoofstock Trim Program in Colorado, all of whom were supported by members of the Zoo Miami Animal Health and Animal Science teams.

X-rays revealed that Pongo did have a recent fracture in his left rear foot as well as an old fracture in his front right foot. He received laser therapy and was fitted for custom shoes that were successfully attached to his rear feet. The shoes are designed to immobilize and support the recently fractured foot while helping to balance the opposing foot.