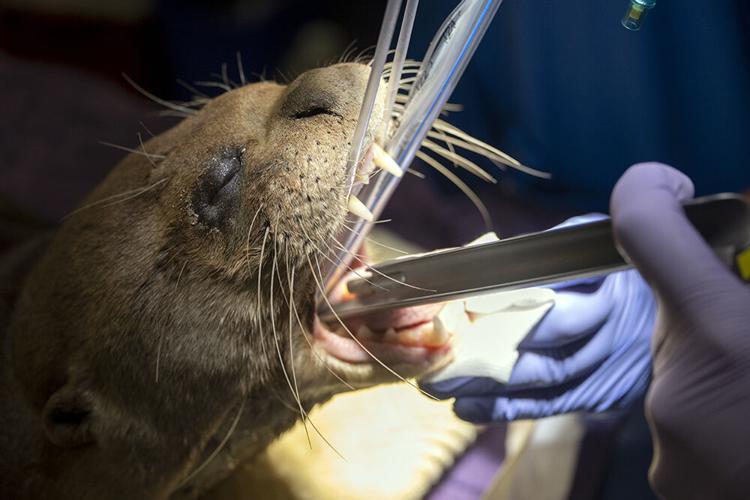 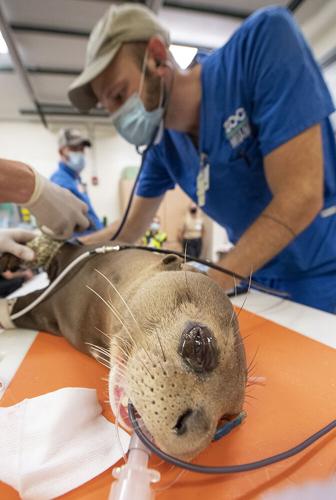 Together, they were brought to the Zoo Miami Hospital where they underwent a series of procedures that included ultrasound exams, blood and urine collection, X-rays and vaccinations, as well as general eye, ear and dental exams.

These procedures play a critical role in maintaining the overall health of the animals at Zoo Miami. Because wild animals will instinctively disguise any symptoms of being ill or injured in order to avoid exposing themselves to predation or attack, it is important that these exams take place so that any potential health issues can be diagnosed and hopefully treated before they become serious.

Both otters appear to be in generally good health and have since been successfully returned to their habitat where they can calmly recover from the day’s events.

Giant otters are the longest of the world’s 13 otter species with males reaching a length of 6 feet. They are extremely endangered and are found in isolated and remote areas within some fresh water lakes, creeks, rivers, and reservoirs of Tropical South America. Zoo Miami has one of the country’s most successful captive breeding programs with several litters having been born here.