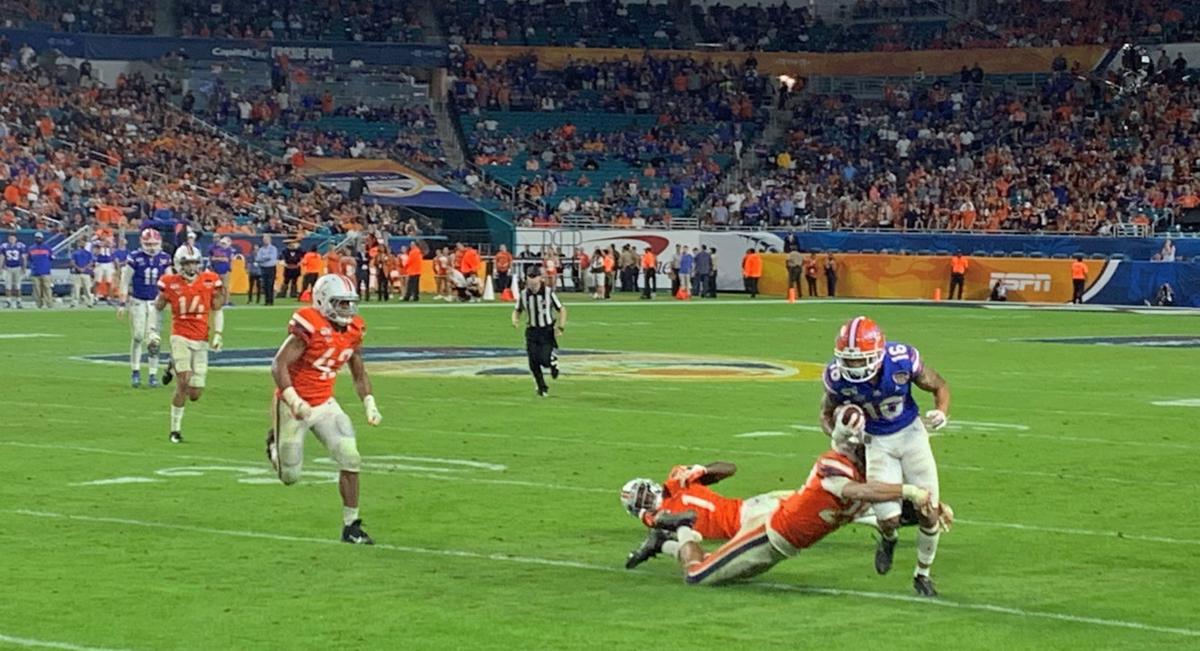 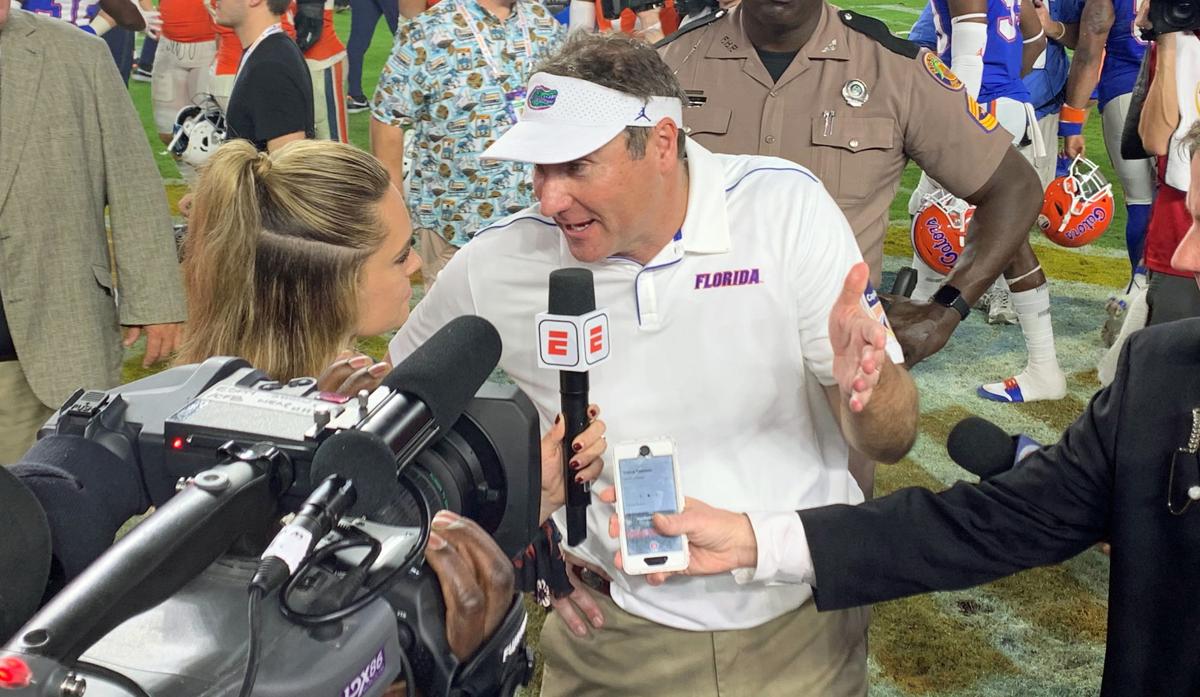 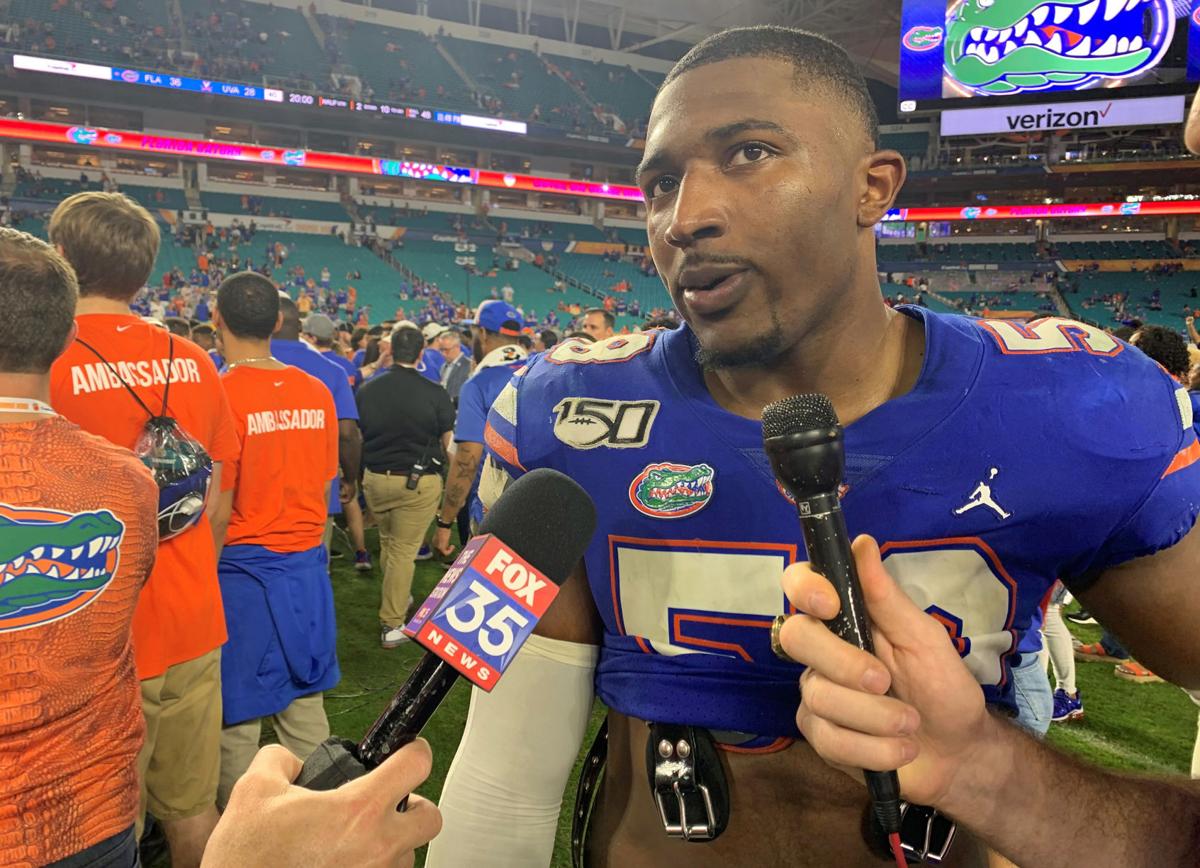 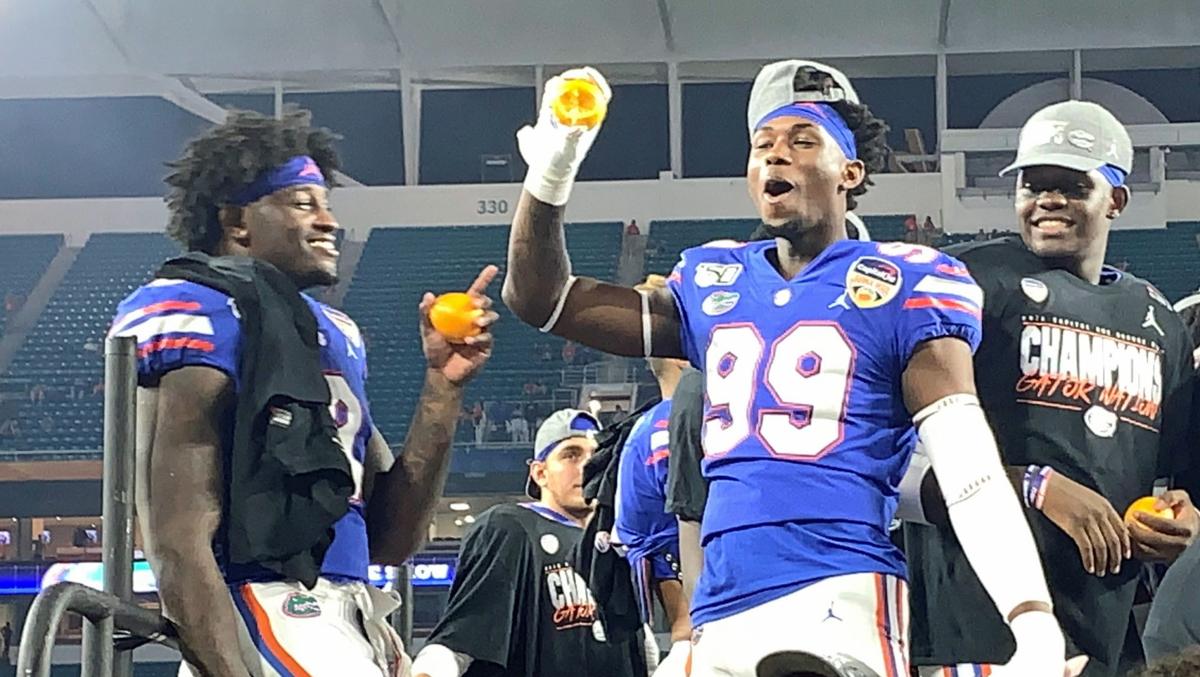 When Dan Mullen took over as Florida’s head coach two years ago following a 4-7 season, he had work to do to get the Gators back in title contention.

They appear on the right track.

Lamical Perine scored three touchdowns to help lead the Gators to a 36-28 win over Virginia in the Capital One Orange Bowl to finish the season with an 11-2 record.

“I'm proud of our guys, we found a way to finish,” Mullen said. “I told everybody, it was not hard to go from four wins to 10. It was harder to go from 10 to 11 than it was to go from four to 10 like we did last year. Eleven-win season, second straight New Year's Six bowl victory. Program is headed in a great direction.”

The win likely assures the Gators of a second straight top-10 finish for the first time since 2008-09 after going 10-3 in Mullen’s first season back at Florida after being the team’s offensive coordinator on their national title teams in 2006 and 2008.

“If you want to be able to be a championship program, you've got to win consistently,” Mullen said. “You look at the playoff teams, the guys that made the playoffs this year, they're not teams that just came out of nowhere and hadn't been winning and finally won. I think all of them were in New Year's Six bowl games last year. You've got to be a consistent winner to go be a championship program and I think the guys here in our program are helping us build that.”

The Gators will be looking to take another step in the program in 2020.

“The future is really bright,” senior linebacker Jonathan Greenard said. “This is a great starting point. I keep telling the young guys to build off of this.”

Perine, the game’s MVP, got the Gators off to a strong start against Virginia (9-5), reeling off a 61-yard touchdown run down the Florida sideline on the second play of the game. He also caught a 16-yard touchdown pass from Kyle Trask in the first quarter for a 14-7 lead.

Perine added another rushing touchdown in the second quarter, giving him 29 in his career, which is tied for 11th all-time at Florida. He also rushed for 138 yards on 13 carries and caught five passed for 43 yards to finish eighth in rushing yards (2,485) and ninth in all-purpose yards (3,159).

“My sophomore year we was 4-7, not making a bowl game, having a month off, so that kind of hurt me,” Perine said. “But just these past two years, man, have just been an amazing feeling, just having a guy who knows how to win at Florida and has already won championships. Me being able to believe in that and just trusting the process that he had for us, it was just an amazing feeling.”

The Gators never trailed in the game and Trask helped keep them ahead when the Cavaliers would get close. Trask, who completed 24 of 39 passes for 305 yards with a touchdown and interception, had a 1-yard touchdown plunge in the fourth quarter to extend the lead to 33-21.

It proved to be a pivotal score for the Gators who added a 42-yard field goal by Evan McPherson with 2:32 left for a 36-21 lead.

Virginia added a score late, but were unable to recover the onside kick sealing the win for the Gators.

Freshman cornerback Kaiir Elam had an interception for the Gators and will be counted on to be one of the key pieces for the future.

“Kaiir was one of the top DBs in the country when we recruited him, we thought, a special player, and high character, hard-working guy from the day he got here,” Mullen said. “We have some DBs that left to go to the NFL and a couple guys graduating, so we're expecting him to carry on that tradition of being DBU here and having one of the best secondaries in the country.”

Trask too will be back after taking over for the injured-Feleipe Franks in the third game of the season.