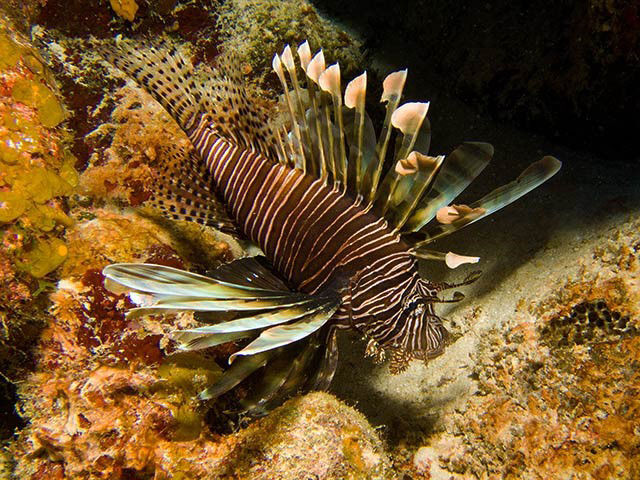 •  Tracked the removal of over 1 million invasive lionfish from Florida waters. 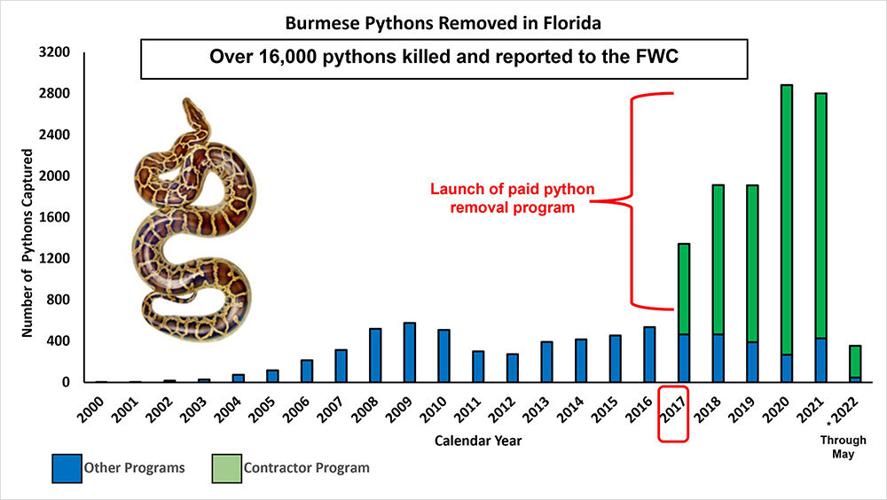 During the past four years under Gov. Ron DeSantis’ leadership, Florida has remained one of the most sought-after destinations for world-class fishing, unique hunting opportunities and recreation.

Gov. DeSantis’ focus on protecting our natural resources and his continued support, ensures that residents and visitors will benefit and enjoy our environmental resources for generations to come while remaining the Fishing and Boating Capital of the World.

The 2022 Florida Python Challenge® resulted in 231 Burmese pythons being removed from the Everglades ecosystem, the most pythons removed during a Challenge event since the competition’s initial inception in 2013.

In 2022, a record number of almost 1,000 participants registered to remove these invasive pythons.

Within the past four years, thanks to the leadership of Gov. DeSantis and partnerships with the South Florida Water Management District and the Fish & Wildlife Foundation of Florida, the Florida Fish and Wildlife Conservation Commission (FWC) also held three Florida Python Challenge® events – in 2020, 2021 and 2022.

To date, approximately 17,000 Burmese pythons have been removed from Florida since 2000.

Since Gov. DeSantis took office, he has dedicated more than $14.5 million to the FWC-FWRI Center for Red Tide Research, which has funded more than 14 new collaborative projects to enhance monitoring and applied research associated with tracking, predicting and mitigating the effects of harmful algal blooms.

The partnership between the FWC and the Mote Marine Laboratory will enable the development of technologies and approaches to control and mitigate red tide and its impacts.

Protection and Rehabilitation of Manatees

The FWC continues to dedicate resources to manatee care and rehabilitation. Under the Governor’s leadership, over $20 million was invested in the FY 2022-23 budget to enhance and expand the network of acute care facilities for the treatment of injured and distressed manatees.

Further, an additional $8 million was appropriated to restore manatee access to springs and provide habitat restoration in manatee-concentrated areas.

Together with our partners, the FWC conducted 493 manatee rescues statewide from Nov 2018 through Nov 2022. The FWC and the U.S. Fish and Wildlife Service (USFWS) are coordinating to address the manatee Unusual Mortality Event along Florida’s Atlantic coast.

To facilitate logistics and enhance existing efforts for the winter 2021-2022 response, the USFWS and the FWC set up a Joint Incident Management Team under the emergency response Incident Command System (ICS).

The ICS is a standardized approach to the command, control and coordination of emergency response that provides a common hierarchy that enhances the effectiveness of those responding. By actively implementing science-based conservation measures, the FWC and the USFWS are making a difference for manatees and their habitat.

• More than 3,000 FWC officers responded in force to help Floridians in need following Hurricane Ian and were instrumental in rescue, clean up and recovery efforts. The FWC also established a hotline to address vessels displaced by Hurricane Ian.

• Implemented the State Reef Fish Survey to provide more robust data for the management of red snapper and other important reef fish, this has allowed the FWC an unprecedented opportunity to manage Gulf red snapper in state and federal waters and is increasing data on the Atlantic coast as well.

• Allocated over $1,250,000 from a NOAA grant to expand the Florida Aquarium’s Coral Care Complex. Infrastructure dedicated to coral propagation and rearing is a major limiting factor to scaling up coral restoration efforts in the state, and this expansion will significantly increase the number of corals produced and outplanted along Florida’s Coral Reef.

• Worked collaboratively with local governments to remove hundreds of at-risk and derelict vessels from Florida’s waterways. The FWC is spearheading a multi-year effort to dramatically reduce the backlog of derelict vessels currently on the waters of the State.

• Created a Vessel Turn-In Program (VTIP) to provide an avenue for vessel owners to dispose of at-risk vessels before they become derelict, saving Florida taxpayer dollars.

• FWRI’s Wildlife Research Section coordinated the monitoring of an average of 134,161 sea turtle nests on 1,352 km. of the beach. They also documented the causes of mortality for an average of 2,200 sea turtles each year during that period. These data have contributed to the management and recovery of all five species of Florida sea turtles.

• Over the past four years, the FWC’s work across divisions and agencies has advanced Florida’s efforts to reduce the risk of chronic wasting disease (CWD), which has not been detected in Florida, by creating a comprehensive guide for the FWC and Florida Department of Agriculture and Consumer Services to ensure everyone is informed and prepared.

In addition, the FWC has tested nearly 7,000 specimens for CWD in the past four years.

• In the past four years, the FWC has provided nearly 80,000 acres of new public hunting opportunities throughout the state by working with partners and cooperators to grow its wildlife management area (WMA) system. The FWC established three new WMAs, which provide over 11,000 acres of additional hunting opportunity, and added close to 68,000 acres to existing Florida WMAs.

• 3,300 genetically pure, hatchery-spawned shoal bass were released from the Blackwater Fisheries Research and Development Center into the Chipola River to supplement and enhance the species’ population after it was nearly destroyed by Hurricane Michael in 2018.

These accomplishments will continue to support Florida’s economy while providing residents and visitors numerous opportunities to enjoy all of Florida’s great outdoors. For more information visit MyFWC.com.