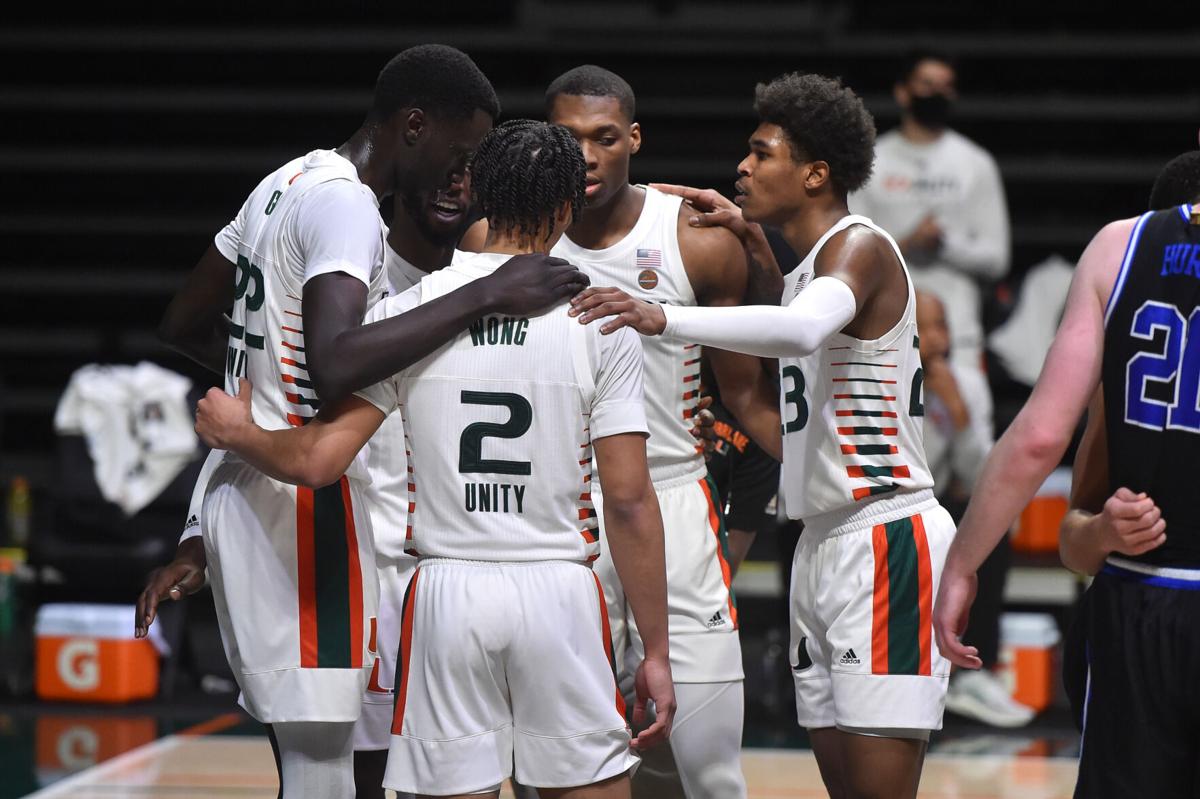 Canes players came together for the win against Duke. 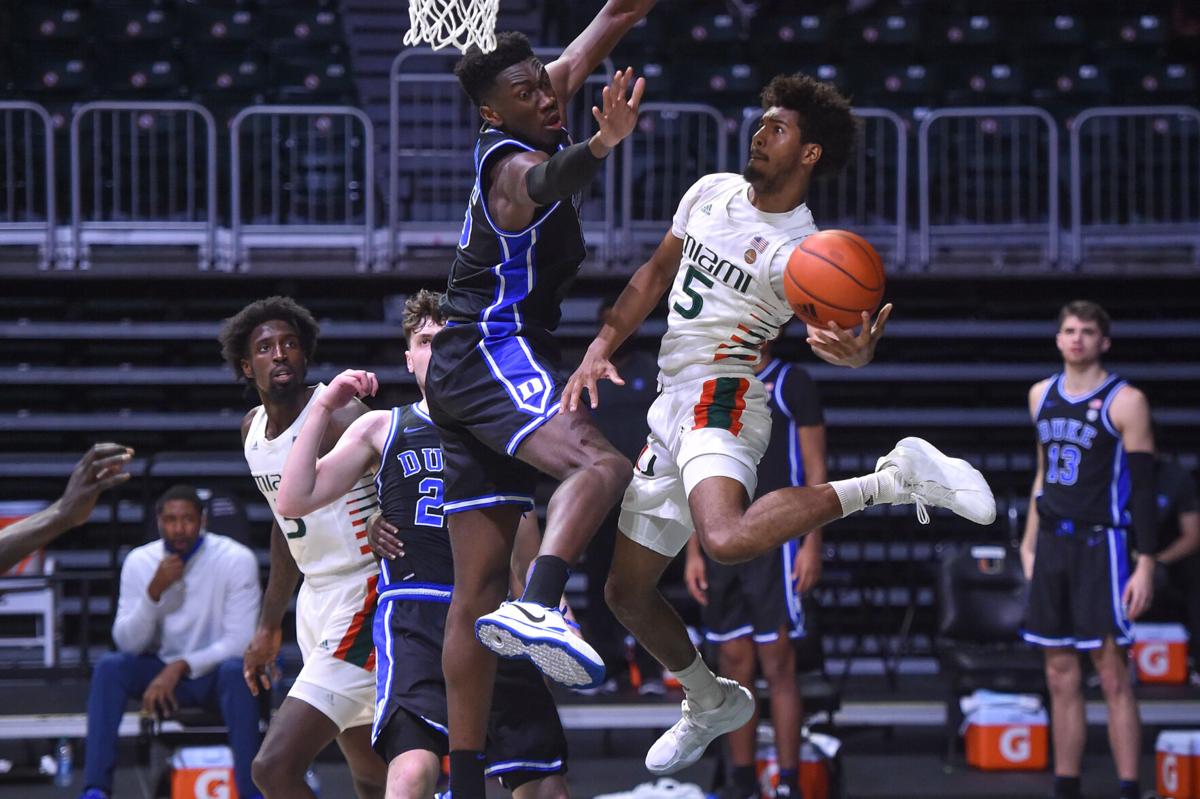 Miami’s Harlond Beverly, 6’5” sophomore guard goes up for the shot.

Canes players came together for the win against Duke.

Miami’s Harlond Beverly, 6’5” sophomore guard goes up for the shot.

Watching our short handed and injury riddled Canes performances this year has brought to mind a passage from Martin Luther King Jr.’s 1963 book “Strength To Love”.

I can imagine Dr. King smiling down on our Canes finally being rewarded for their season long work and dedication with an enormously well deserved 77-75 win against Duke on Tuesday night.

This victory was as hard fought as games get. Neither team had more than a six point lead , there were twenty lead changes and five ties.

There were many hero’s and and not all were on the floor competing. Senior’s Chris Lykes, our captain, out for the last 15 games, Sam Waardenburg and Rodney Miller out for the year and Freshman Earl Timberlake out with a shoulder ailment, all provide inspiration and leadership for those able to suit up.

Elijah Olaniyi led us with inspired play coming off his recent injury with 21 points, seven rebounds and three steals.

Zay Wong added 16 and Anthony Walker who had his first start at Center had 16 as well. Harlond Beverly with eight , Deng Gak and Kam McGusty had six each while Nysier Brooks closed out the scoring with four.

Duke was led by Matt Hurt with 21 and Wendell Moore Jr. with 18.

Miami was an 11 point underdog against Duke. Our coaching staff strategized a plan to negate Duke’s strengths starting four guards and Anthony Walker and were paid off handsomely.

Everyone in the Miami Basketball group had a hand in this victory over Duke and all Canes supporters should be smiling and proud.