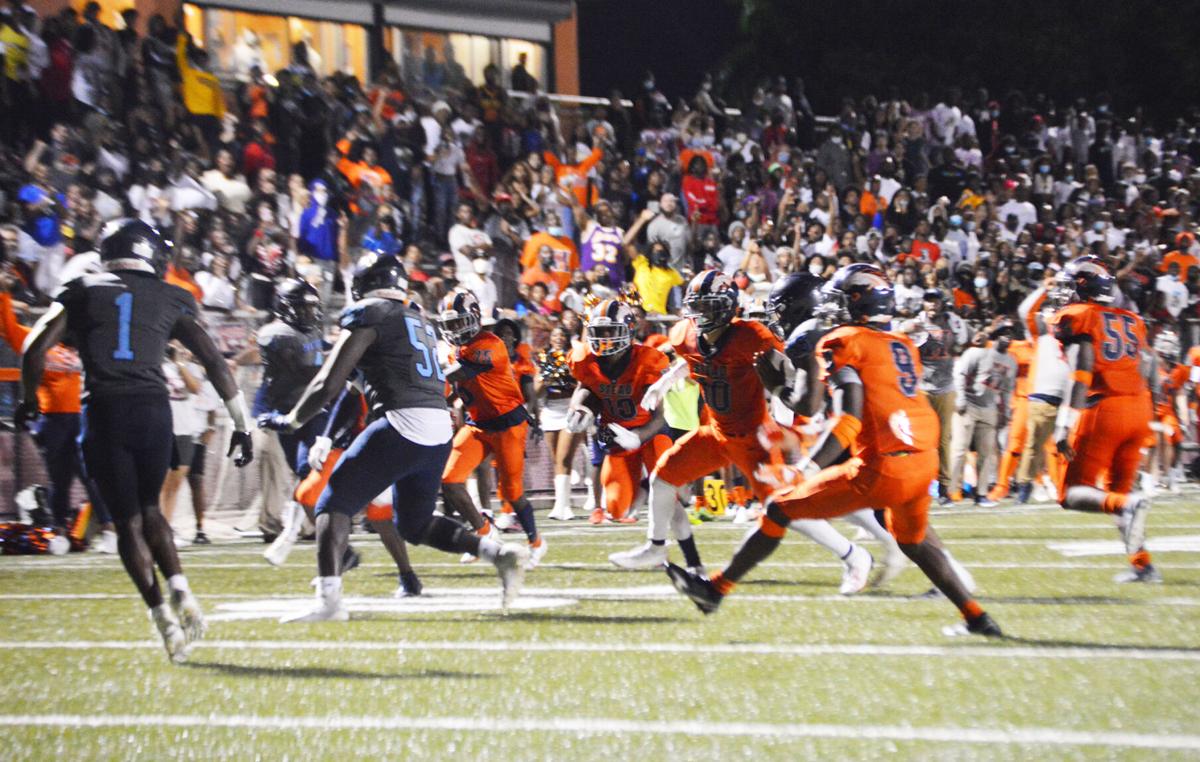 Senior Noah Lyons runs the ball as the crowd, with over 2100 in the stands, cheers him on. 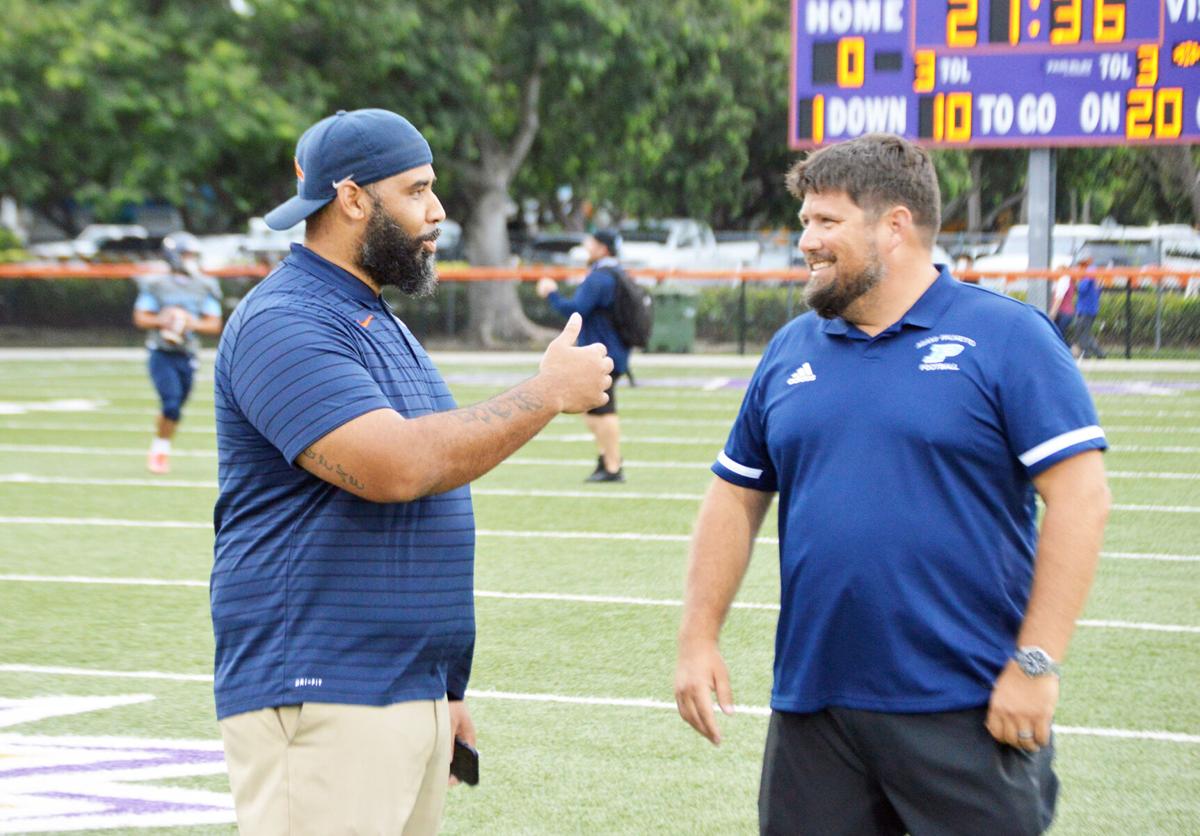 Senior Noah Lyons runs the ball as the crowd, with over 2100 in the stands, cheers him on.

The Homestead Broncos appeared on their way to a season-opening victory over the Palmetto Panthers in front of a crowd of 2,100 at Harris Field.

However, the Panthers had other plans.

Homestead led 19-7 in the fourth quarter before allowing two touchdowns, including the game-winner from Bobby Bussey-Golden with 2:11 left, and lost 21-19.

“It’s a tough loss,” Homestead coach Philip Simpson said. “When we turn the tape on, it’s going to really, really, really hurt more because the tape is going to show how much we dominated this game.”

Sophomore Joshua Townsend threw for 214 yards and two touchdowns to Isaac Brown and Jamari Stokes while Joel Talley recovered a fumble in the end zone for the Broncos’ third and final score.

The Broncos (0-1) held the Panthers (1-0) in check most of the game, forcing five turnovers with interceptions from freshman Sir Robert Jeau and senior Noah Lyons, and holding the Panthers to 116 yards of total offense.

“Both teams had a lot of mistakes and part of that was this is the first time a lot of guys have played in front of 2,000 fans,” Simpson said. “I know both sides will be disgusted by some of the things they saw and we made the last mistake and lost the game.”

Lyons’s interception and long return to the goal-line was fumbled and scooped up by Talley in the end zone, giving the Broncos a 19-7 lead with 7:28 left.

Palmetto’s Mike Jackson returned the ensuing kickoff 67 yards for a touchdown, the 10th return score of his career, pulled the Panthers within 19-14.

“Our goal was to keep it out of his hands, but a stud is going to be a stud,” Simpson said. “A great play by him. That’s what he does.”

The Panthers got the ball back and senior quarterback Kevin Smith led the game-winning drive with a pair of 15-yard scrambles on successive plays before tossing a 21-yard touchdown pass to Bussey-Golden who hauled in the score in front of two defenders.

Townsend’s 28-yard run on the following drive gave the Broncos a first down at the Palmetto 48 with 1:26 left.

However, a pair of incompletions and a run for no gain had Townsend and the Broncos facing a 4th-and-10. Townsend’s heave to sophomore Richard Dandridge, who had five catches for 76 yards, fell incomplete, ending their comeback hopes.

Homestead started fast with Townsend throwing touchdown passes to Brown for 10 yards and Stokes for 37 yards to build a 13-0 lead in the second quarter.

Smith got the Panthers on the scoreboard with an an 8-yard touchdown pass to Jai-Ayviauynn Celestine.

Homestead will look to bounce back against South Dade (0-1).

“This is something to learn from, we’ve got to move forward,” Simpson said. “We’ve got a long season.”