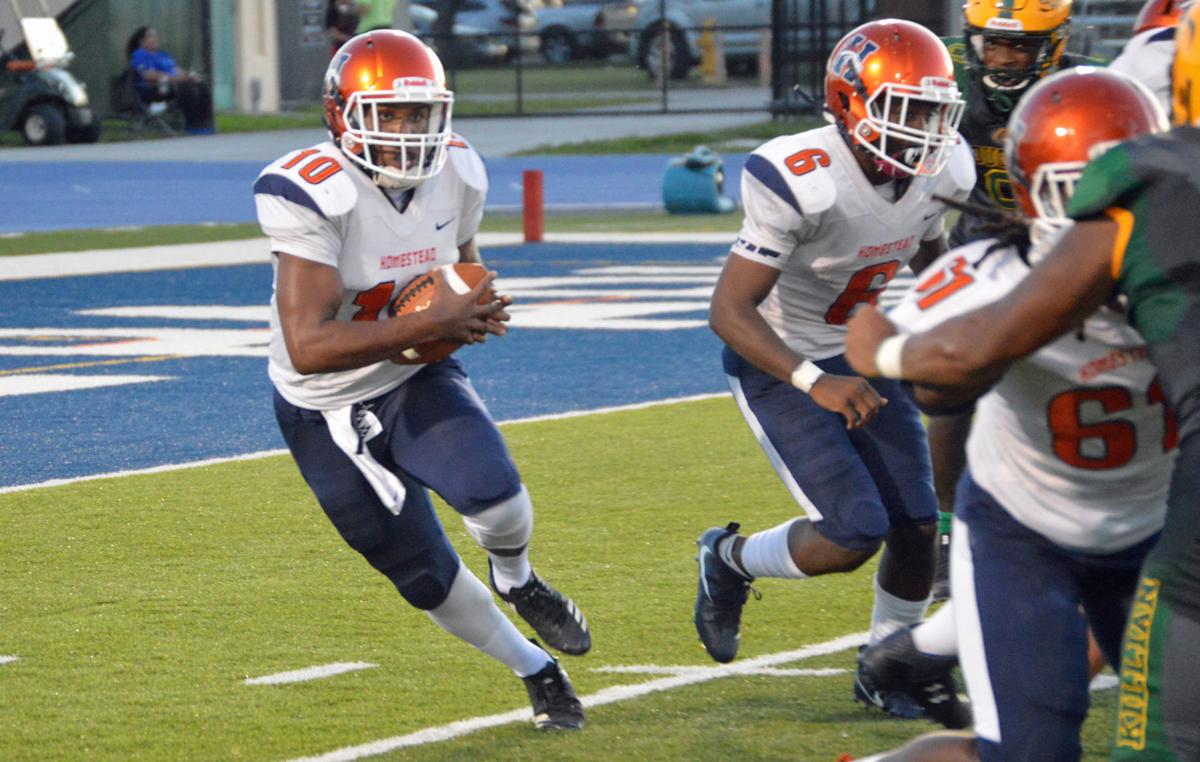 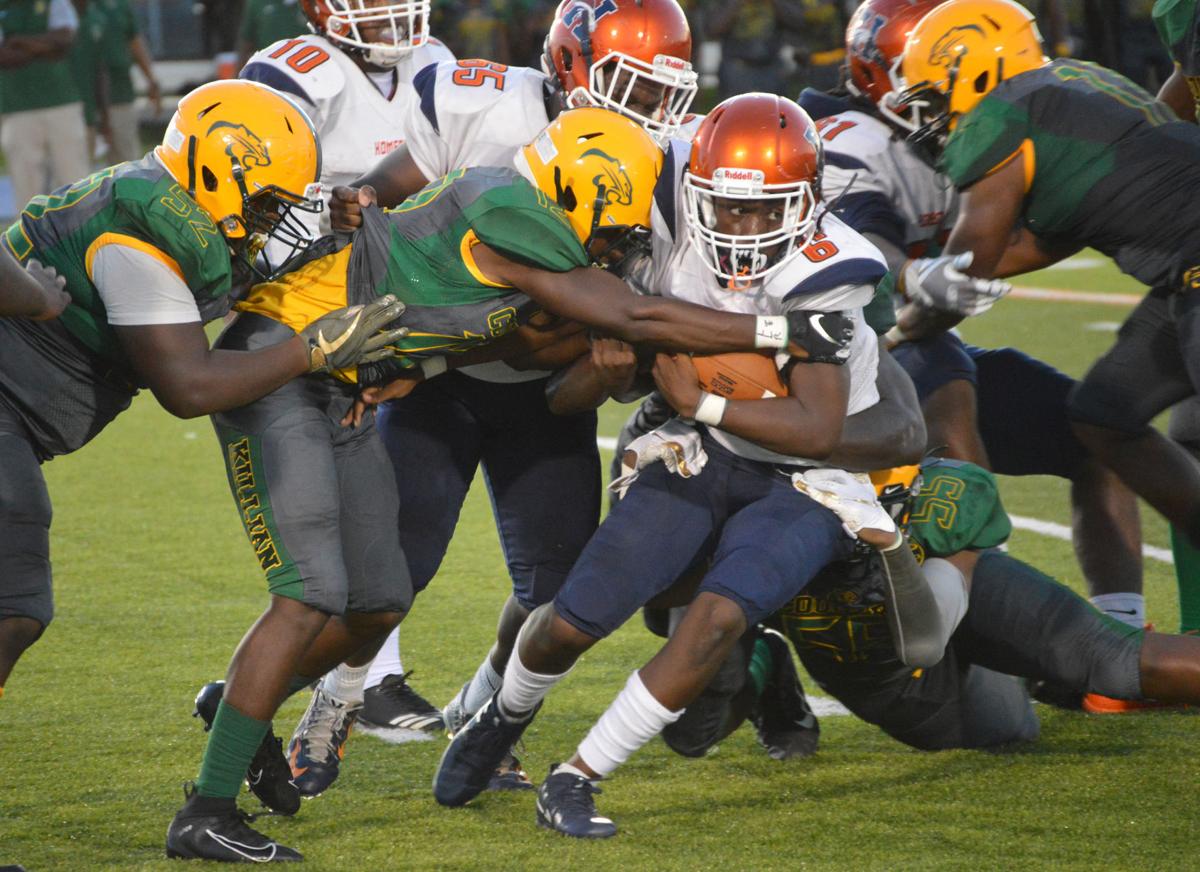 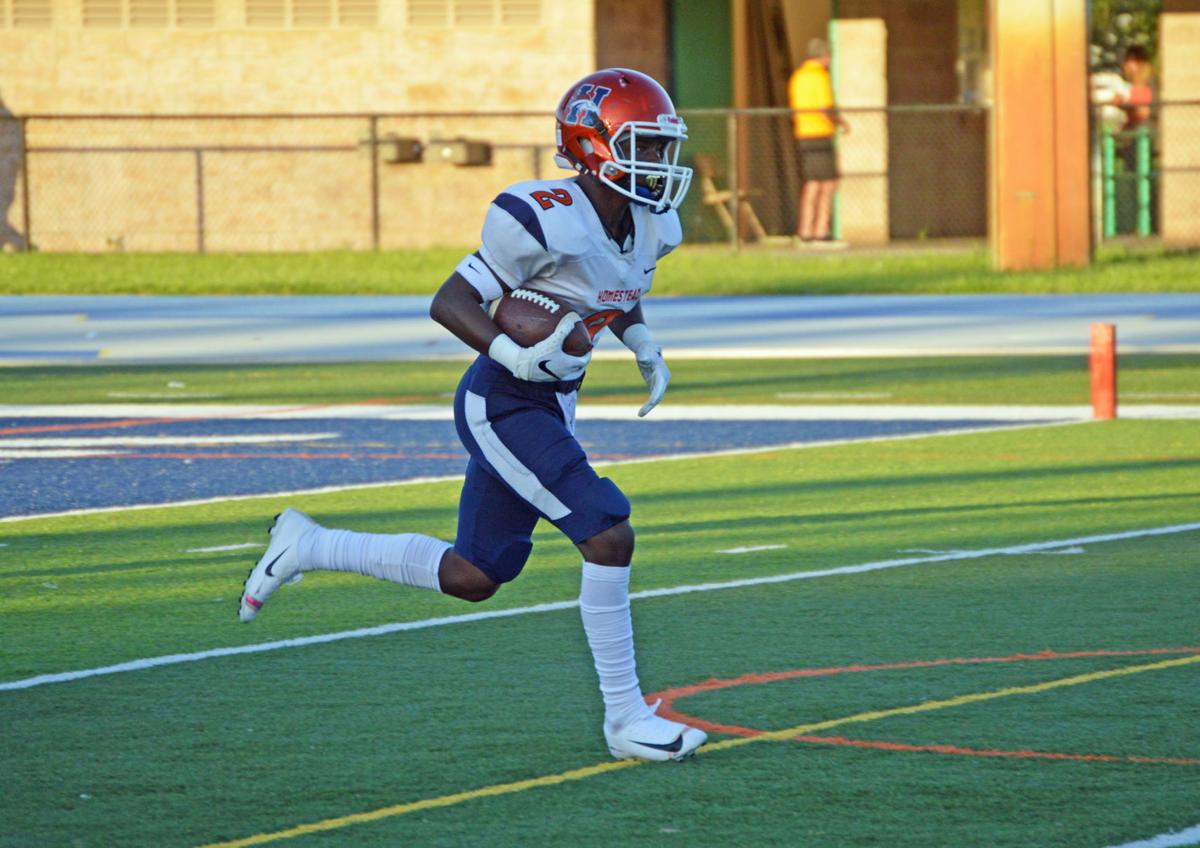 The Homestead Broncos are off to a slow start. Homestead was shut out for the third straight week to start the season, falling 28-0 to Killian.

“You get one touchdown it will change the whole swing of everything,” Homestead head coach Philip Simpson said. “It’s just at this point we just have to figure it out.”

“The kids understand that arrow is up,” Simpson said. “We’ve got their undivided attention. We’ll make the necessary adjustments. We’ll regroup. It’s a part of the game. It’s not like we’re coming in and expectations—everybody is talking about a young team. We roll with the punches with what we’ve got. We’re excited about what we’ve got. We’ll just move forward. It is what it is.”

Even with the yardage advantage, the results were empty with the Broncos unable to capitalize on opportunities they did have such as a drive in the second quarter that stayed alive with two completions on third downs and a 32-yard pass from Cummings to Lafleur. The scoring threat ended at the Killian 15 when junior quarterback Charlie Griffin lost a fumble.

Homestead trailed 7-0 at the time of the fumble and looked to pin Killian deep on the ensuing possession, but the punt hit an unaware Homestead player running down field and it was recovered by Killian at the 41 with 2:57 left before halftime.

Killian took advantage of the turnover with a five-play, 59-yard drive capped by a 29-yard touchdown run by Frank Gore Jr., who also had a 20-yard pass and 17-yard run on the pivotal drive that put Killian ahead 14-0 just before halftime.

The Broncos held the Cougars to 47 yards in the second half, but Khalil Anglin tossed touchdown passes to Kendall Wyartt and Terrance Huggins to pull away.

“Youth,” Simpson said. “When you come out there and you played Miami High who was a pretty tough opponent and we competed. We played South Dade and obviously they’re ahead of the game with us right now and we competed. You come out here and you’re overly confident. It’s no excuse, but one practice is not good when you have a team full of babies, young guys who don’t understand adversity and winning.”

Homestead begins district play on Friday, 7:30 p.m. at Harris Field, against Mater Academy (0-3), which has been outscored 170-13 this season while the Broncos have been out-scored 81-0.