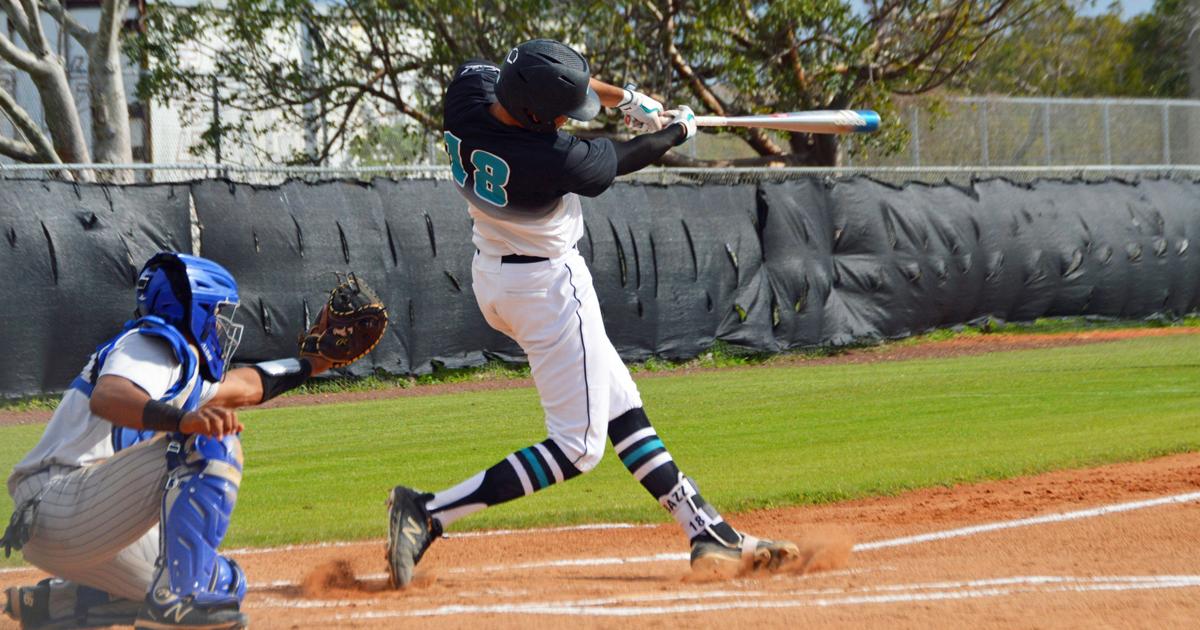 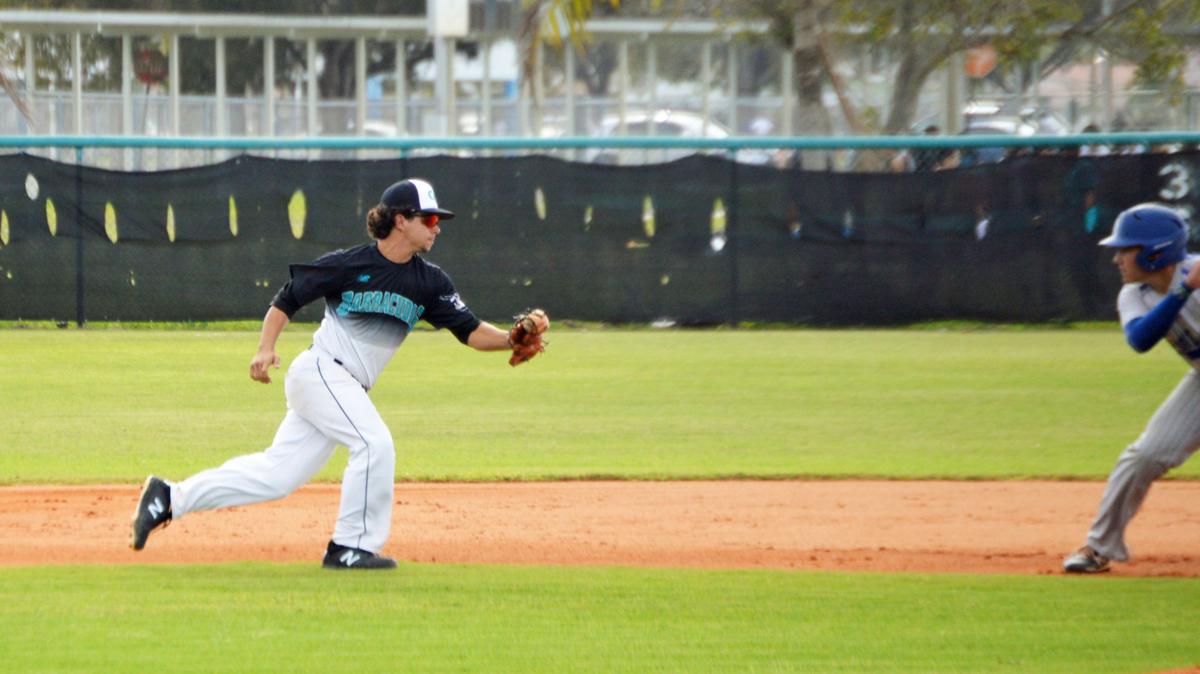 The Barracudas were unable to generate a run off Raudel Cruz through the first five innings.

But when Cruz was replaced for freshman lefty Zachary Cowart in the sixth, they clicked.

Vinny Becking had two hits including a tiebreaking single in a four-run sixth to help lift the Coral Reef Barracudas to a 4-1 win over the South Dade Buccaneers at Barracuda Field.

“We got it going in the sixth, put some pressure on the defense, and came out with the victory,” Coral Reef head coach Chris Leon said. “With this team once we get clicking, it’s going to be a little scary.”

South Dade (3-3) scored its only run on a sacrifice fly by junior catcher Juan Aracena, who also threw out three baserunners.

Coral Reef (2-2) sent 10 batters to the plate in the pivotal sixth with five hits, one walk, and one error to take the lead.

Nicolas Garcia and Shawn Perez had bloop singles to begin the sixth and Michael Ogden’s bases loaded-walk tied the game at 1. Becking’s base hit gave Coral Reef a 2-1 lead.

“I was really looking for a pitch up, something I could hit into the outfield,” Becking said. “It was a lefty-lefty matchup so I knew (Cowart) had a little bit of an advantage, but I felt pretty good going into it. I felt hot with what I’ve been doing the rest of the game. I liked the pitch and I swung at it.”

Cowart (1-1) looked to limit the damage with the bases loaded when he got Dylan Boyd to hit a grounder to third baseman Felix Quinones who fired home for the second out. However, Jake Ogden reached on a base hit and Sebastian Jimenez reached on an error by shortstop Wilfred Gonzalez to stretch the lead to 4-1.

“That’s baseball,” South Dade head coach Fred Burnside said. “They blooped a couple in there to start the inning off, executed a bunt, and we just came up short. We’re young and we’ll learn from it, but that’s a good ball club. It was a great game I thought.”

Samuel Cheng (1-1) finished off a complete game by retiring the final eight batters he faced. He allowed four hits and one unearned run in seven innings. He struck out four and hit three batters.

Cheng was shaky in the first, allowing a lead-off hit to Aracena, who was thrown out at second by Becking trying to stretch a single into a double, and then hitting the next two batters with a pitch, but was able to get out of the inning unscathed.