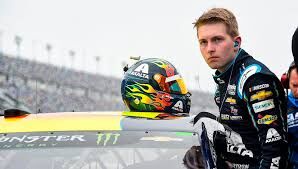 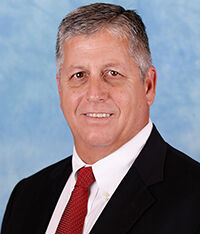 The NASCAR Cup Series Playoffs opened with great anticipation last weekend in Darlington, and a familiar name surfaced to capture the checkered flag and secure his way into the Round of 12. Regular season champion Kevin Harvick recorded his Cup Series-best eighth win of the season, taking advantage of late-race jockeying between leaders Chase Elliott and Martin Truex Jr. Both cars sustained significant damage in the tussle as they traded paint, allowing the 2014 champion to surge to the front and hold off a late rally by Austin Dillon. There was very little doubt that Harvick would advance to the Round of 12 based purely on points, but this just solidifies his entry into the next round. For a majority of the remaining 15 drivers in the Playoff field, their status is far from certain, and they will have to put together strong showings in one or both of the remaining races in the Round of 16 to advance.

Last week we touched on the top eight seeds in the 2020 NASCAR Cup Series Playoffs. Now, let’s a take a quick glance at the original 9-16 seeds.

William Byron - (1 2020 win, 0 previous championship) – Could have been satisfied getting into the Playoff field on points, but exhibited determination with a win in Coke Zero Sugar 400 to close out the season at Daytona International Speedway. The 2017 Xfinity Series champion has now qualified for the Playoffs the last two years, and will be looking to build on his Round of 12 showing from a year ago.

Austin Dillon – (1 2020 win, 0 previous championships) – A former DAYTONA 500 Champion who took the checkered at Texas in July of this year, his seventh full-time in the Cup Series. This is the fourth time in the last five years that he has made the Playoffs and will be looking to get past the Round of 12 for the first time.

Cole Custer (1 2020 win, 0 previous championship) – Led an impressive NASCAR Cup Series rookie class. Also part of a Stewart-Haas Racing team, all four of who made the Playoffs. Cemented his spot in the postseason with a win at Kentucky in July. The runner-up in the Xfinity Series the last two years, Custer proved in Kentucky that his skill set will give him an opportunity for success in the Cup Series Playoffs.

Aric Almirola (0 2020 wins, 0 previous championship) – One of the quartet of Stewart-Haas drivers to make the Playoffs. Has amassed 44 top-10 finishes over the last three years, including 15 in 2020. Was close to making it to the Championship 4 at Homestead-Miami Speedway in 2018, but was not able to get past the Round of 16 last year. He will be looking to regain that 2018 form as we go through the 2020 Playoffs.

Clint Bowyer (0 2020 wins, 0 previous championships) -- The veteran is in the Playoffs for the third year in-a-row and has advanced to the Round of 12 each of the past two. Looking for his first win since he took the checkered flag at Michigan in June 2018. Had a pair of sixth-place finishes in consecutive weeks towards the end of the season (Daytona Road Course, Dover 1), showing that he could be getting closer to where he needs to be to have a shot.

Kyle Busch (0 2020 wins, 2 previous championships) – Strange to say, but the defending champion’s last win was in the Ford EcoBoost 400 at Homestead-Miami Speedway to close out the 2019 season as he captured his second title. Has not been off by that much this year, having compiled 11 top-5 finishes in 26 regular season races, and then a seventh-place showing last week at Darlington. Could he duplicate what Tony Stewart did in 2011? Zero regular season wins and five Playoff victories, translating into his third championship. Tune in and find out.

Kurt Busch (0 2020 wins, 1 previous championship) – The 2004 champion is in the Playoffs for the eighth straight year, in what is his first season with Chip Ganassi Racing. Has reached the Round of 8 in three of the last five years, and with only one Playoff point to his credit, will likely need to win a race to have a chance to go that far in 2020.

Matt DiBenedetto (0 2020 wins, 0 previous championships) – The darkhorse of the Playoffs who outdueled 7-time Champion Jimmie Johnson in the regular season finale to earn his way into the Playoffs.

A fierce competitor who I’m sure is not satisfied with just making the Playoffs, but now wants to prove to people that he belongs.

9/11 REMEMBRANCE: Today marks one of the most emotional days in our country’s history, and on behalf of everyone at Homestead-Miami Speedway, we pay homage to all of those who gave their lives and sacrificed to help others in that tragedy. From a NASCAR standpoint, the race scheduled for that weekend immediately afterwards was New Hampshire, but was moved to the last weekend of 2001, following Atlanta. Until this year, it was the last time that Homestead-Miami Speedway did not serve as the season finale, as we took that slot in 2002 for an unprecedented run of 18 straight years. The champion in that 2001 season was Hall of Famer Jeff Gordon, who actually clinched the title in Atlanta, the final of his four Cup Series championships.