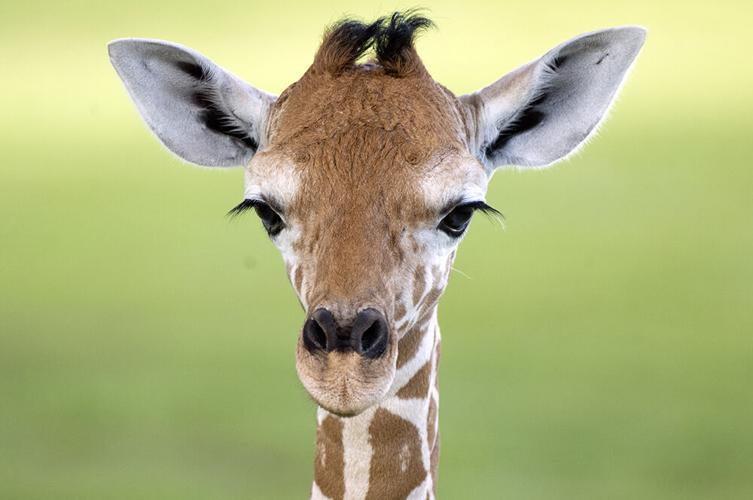 Smiles from the newborn baby giraffe. 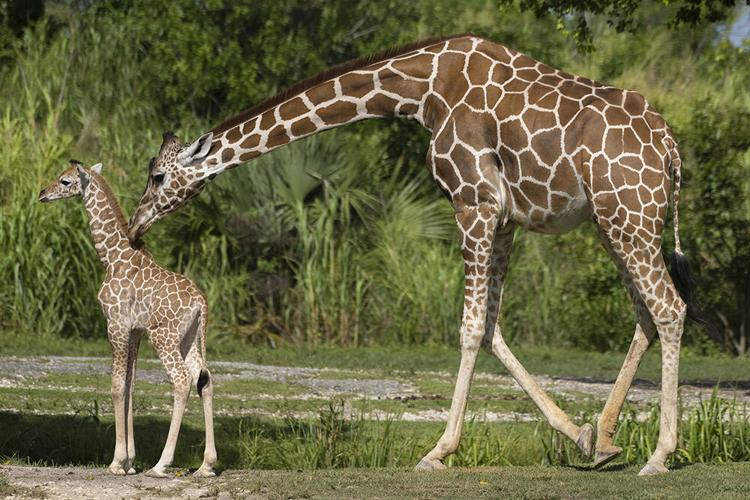 This morning, Zoo Miami staff members were able to quickly separate mother and calf so that a neonatal exam could be performed.

Department. These procedures allow the staff to perform close, hands-on examinations of the newborn to confirm the sex, get a weight, collect blood, inspect and clean the umbilicus, do general eye and ear exams, inject vitamins and insert an identification transponder in addition to an overall assessment of general body condition. The calf stood over 5 feet tall and weighed approximately 120 pounds.

Initial indications are that the calf is healthy and she was quickly returned to her mother in an off-exhibit area. They will remain there for an unspecified amount of time until the staff feels that the calf is ready to be introduced to the rest of the herd on their exhibit.

This is Sabra’s 6th calf. She arrived at Zoo Miami in 2013 from the Blank Park Zoo in Des Moines, Iowa. The 5 year old father’s name is Malcolm and he arrived in 2018 from the Henry Doorly Zoo in Omaha, Nebraska and this is his 4th calf.

Giraffe have a pregnancy of approximately 15 months and the mother rarely, if ever, lies down while giving birth. The newborn falls 4-6 feet to the floor where it receives quite an introduction to the world!

The status of the giraffe in the wild is listed as vulnerable by the International Union for the Conservation of Nature due to significant reductions to their populations over the last several years.