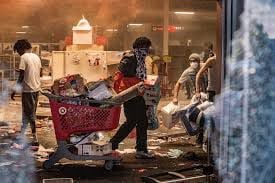 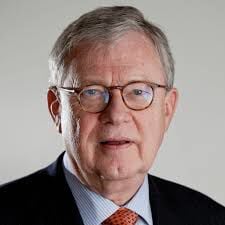 "Riots are an integral part of the country's march towards progress."

So read a now-deleted tweet from the Democratic Committee of Fairfax County, Virginia, the affluent Washington suburb with a population of 1 million.

"Please, show me where it says that protesters are supposed to be polite and peaceful," said CNN's Chris Cuomo. He's apparently been too busy interviewing his brother, the governor of New York, to reread the First Amendment, which bars laws abridging "the right of the people peaceably to assemble."

I take a different view. I know how violent rioting -- and that's what we've been seeing, despite media attempts to hide it -- can destroy a city and ruin the lives of its residents.

In the summer of 1967, I was an intern at the Detroit mayor's office when the city suffered a six-day riot during which 43 people died. I was at the mayor's side in the so-called command center soon after nightfall as radio calls came in about police abandoning 1 square mile after another.

The riot finally ended after some 12,000 federal and federalized guard troops restored order. But most of Detroit has never fully recovered, and you can still see the abandoned commercial structures and the residential streets with burned-out houses and hauntingly empty lots.

Downtown and adjacent areas have enjoyed a revival, which I hope will continue. But the lesson is clear. Violent riots destroy people's willingness to invest their lives and money in a city. Those most harmed are those who start off most disadvantaged. Violence and crime are a confiscatory tax on what people would otherwise earn and accumulate over a lifetime.

The combined effects of the COVID-19 lockdowns and the last several days of rioting threaten to destroy the efflorescence of gentrifying central cities which has followed Rudy Giuliani's demonstration in New York City, a quarter-century ago now, of how to reduce and nearly eliminate violent crime. The demonstration these last few days that violent crime can suddenly increase threatens to undo that progress for the next quarter-century.

The short-term political effects are harder to gauge. A Morning Consult poll showed a 58% to 30% majority -- unusual in these polarized times -- supporting "calling in the U.S. military to supplement city police forces." Will President Donald Trump and Republicans benefit from their calls for "law and order," as then-President Richard Nixon and Republicans did in the years after the riots in Detroit and many other cities half a century ago? Maybe, and especially if folks like Healey and those of Fairfax County are seen as representing the Democratic Party.

But unlike Nixon in 1968, Trump in 2020 is the incumbent president, and incumbents' first duty is to maintain order and keep things from spinning out of control. He may be in trouble if voters come to agree that, as Fox News' Tucker Carlson put it in his Monday monologue, no one in authority is keeping order.

The late political scientist Nelson Polsby called 1968 -- with the Martin Luther King Jr. and Robert Kennedy assassinations, multi-city urban riots, violence outside the Chicago Democratic National Convention -- the most awful election year in American history. So far, 2020 is looking like a competitor for that title.

"The moment has come for our nation to deal with systemic racism," Joe Biden said. Doing so, he might argue, is the only way to get things under control. But one might ask why that moment didn't come earlier, if not in the 36 years he served in the Senate and the eight years he served as an active and involved vice president in the administration of Barack Obama.

The uncomfortable fact is that the election and reelection of the first African American president did not produce the improvement in race relations most Americans surely hoped for.

Quite the contrary. In 2008, a Gallup poll reported that 70% of non-Hispanic whites and 61% of blacks said relations between blacks and whites were very or somewhat good. Gallup showed similar results to that question in seven polls during George W. Bush's presidency.

Feelings deteriorated during Obama's. By 2015, only 45% of non-Hispanic whites and 51% of blacks said relations between the races were good.

One can debate how much of this deterioration was Obama's fault, a subject for another day. But surely, there was a widespread sense of disappointment that black-white relations had not become as harmonious as many expected or hoped. Violent rioting won't help do that any more than they'll grow forests.

Michael Barone is a senior political analyst for the Washington Examiner