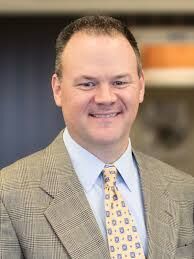 The stock market has largely rebounded from COVID-19 and American retail sales are improving steadily. Even more encouraging is that the U.S. unemployment rate fell for the fifth consecutive month in September. Each of these gains are sure signs that the Trump administration's economic

response to the coronavirus crisis is working.

But we are not out of the woods quite yet. Many factories and offices are still closed or operating at reduced capacity.

Fortunately, the Trump administration is working to boost U.S. exports by holding our trading partners accountable to the agreements they've signed.

Strict trade enforcement is one of the best ways to help America's exporters get back on their feet -- and put millions of Americans back to work.

Too often, our trading partners tacitly allow, or even actively abet, unfair practices.

Consider their treatment of America's enormous trove of intellectual property. In countries like Indonesia and Thailand, for instance, counterfeit and pirated U.S. goods are easily obtained in markets. In Brazil, the use of unlicensed American software -- as well as digital piracy of content such as film and television -- remains rampant. And India routinely permits local generic firms to manufacture patented American medicines.

Unfair trading practices even run rampant in countries where we've

When other countries disregard the provisions of existing trade agreements, American workers suffer. That's because trade supports nearly 40 million American jobs and these positions are some of the highest paying roles in the nation. For instance, manufacturing employees in heavily trade-dependent sectors earn about 50 percent more, on average, than manufacturing workers in sectors that largely don't depend on trade.

The administration understands this, of course. We finally have a President who stands up to the countries that condone this theft and erect barriers to U.S. trade. And our U.S. Trade Representative Robert Lighthizer -- the president's right-hand man on all trade-related matters -- has also called out these abuses for years.

Now is the time to double down. Enforcing existing trade deals will lead to higher standards in future agreements -- and new and better deals would help U.S. firms thrive for decades to come.

Consider how, in the current negotiations over a forthcoming U.S.-U.K. trade pact, the United Kingdom is resisting provisions that would require that country's health system to pay a fair price for American medicines. The United Kingdom has also long outlawed certain chicken imports from the United States.

If past administrations had taken a tougher line on Britain's abuses, the U.K.'s position would be untenable. But since Britain's refusal to appropriately value innovation and ban on certain U.S. agricultural products has gone unchecked for so long, it's far tougher for America's current trade negotiators to demand higher standards. Yet demand them they must.

The coronavirus, and the ensuing shutdowns, were out of policymakers' control. But the barriers that prevent American firms from thriving in foreign markets are well within our power to eliminate.

Rick Dearborn is a Senior Fellow for the Bipartisan Policy Center and former Deputy Chief of Staff to President Trump.