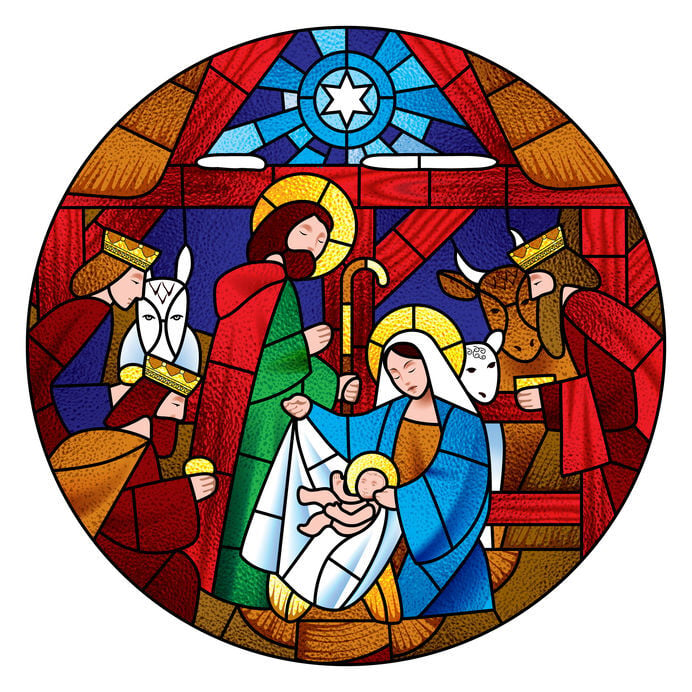 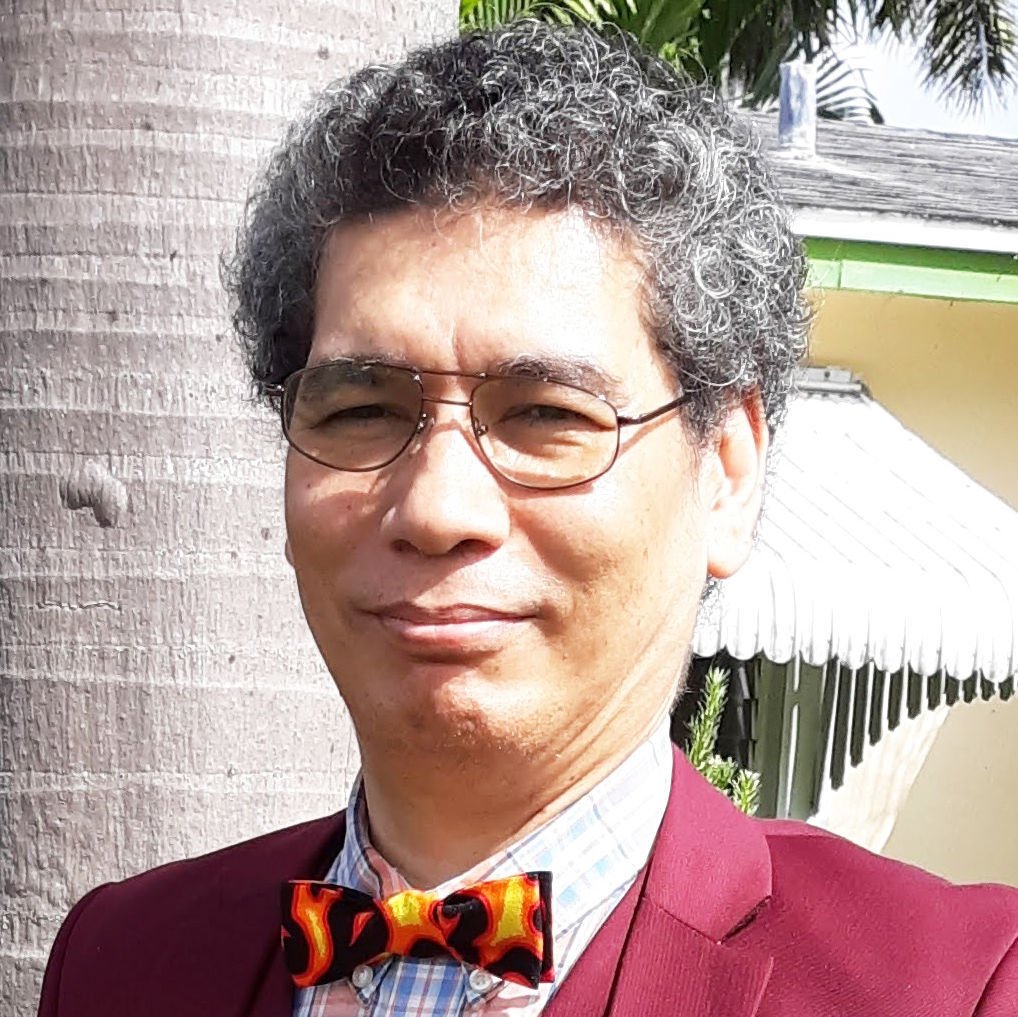 It is probably not a fallacy to state that religion has sometimes (maybe often) led people astray from God rather than leading them to a fuller understanding and relationship with him. Even considering that, it is perhaps not

unnatural to imagine that the current holiday season, with its seemingly

Christian overtones, would be an opportune time for the message of redemption through Jesus to be readily shared, and perhaps readily embraced. In fact, what many people find is that the modern holiday of Christmas can operate as something of a distraction to the truth of the gospel message. That is, the so-called "spirit of Christmas," as manifested throughout the culture, may not actually align wholly with the Spirit of Christ himself.

There are many who feel that interpretations of Christmas have become rather diluted or diffuse over time as compared to its intent, and there is likely some substance to this sentiment. In many cases such a

perspective is derived from the assumption that Christmas possessed a specifically Christian origin in the first place, but this remains somewhat debatable.

Perhaps it was the intention of the Roman-centric governing body of the fourth-century Church to introduce, through distinctly Christian motifs, some beacon of truth and hope into the murkiness of the generally pagan and hedonistic practices of the population. It may have been supposed that as institutionalized Christianity expanded its influence, the implementation of the Feast of the Nativity during the final season of the calendar would eventually supplant, or at least become superimposed upon, the traditional winter

solstice festivals that were prevalent at the time.

As with many western and American cultural conventions, our modern Christmas holiday represents an amalgamation of diverse legends and customs from various heritages: ostentatiously ornamented conifers; a portly, magical patron of largesse; nasally illuminated, aeronautical caribou; animated effigies fashioned entirely from accumulated frozen water crystals; intense retail product promotions with significant purchasing enticements. Given such societal synthesis, it is not difficult to understand how Christmas has been accused of progressively becoming both commercialized and secularized. Even if Christmas ever possessed any kind of truly Christian inception, one has only to observe its current iteration among the population at large to conclude that such accusations could possess some validity.

Institutional Christianity may do its best to insist that the focus of Christmas should be on the Incarnation of Jesus as part of the ultimate manifestation of God's love. Support for such focus might even occur occasionally in the form of media that echoes this premise to varying degrees. For instance, we are treated to the brilliant philosophizing of cartoonist Charles Schulz in the perennial classic animated film "A Charlie Brown Christmas Special." In this delightful television program, we are reminded of the simplicity and profundity of the Incarnation — in contrast to the frenzy and stress of often self-imposed obligations that burden us during this time — when the young, blanket-obsessed, sage scholar Linus quietly and directly quotes from the gospel of Luke:

"And there were in the same country shepherds abiding in the field, keeping watch over their flock by night. And, lo, the angel of the Lord came upon them, and the glory of the Lord shone round about them: and they were sore afraid. And the angel said unto them, Fear not: for, behold, I bring you good tidings of great joy, which shall be to all people. For unto you is born this day in the city of David a Saviour, which is Christ the Lord. And this shall be a sign unto you; Ye shall find the babe wrapped in swaddling clothes, lying in a manger. And suddenly there was with the angel a multitude of the heavenly host praising God, and saying, Glory to God in the highest, and on earth peace, good will toward men." (Luke 2:8-14, KJV)

Experience and observation reveal that even this minimal inclusion of Biblical truth in a portrayal of entertainment is now commonly shunned or excised in our modern cultural environment of curiously defined tolerance. At best, such

a message is confiscated and molded to fit a more appropriate (i.e., less potentially offensive) and simplistic conception of communal love and acceptance. Given this apparent transmogrification, what then is this "spirit of Christmas" that is often touted during this time of year? Typically, we are led to decry the soullessness of materialism, refute the excesses of capitalism, and denounce opportunism at the expense of others — all of which are undoubtedly agreeable admonitions. The resolutions we are left with often amount to seemingly respectable platitudes, routinely reduced to an appraisal that Christmas is all about family, community, charity, kindness, etc. This operative "spirit of Christmas," while not particularly egregious in any way, tends to be somewhat generic in its approach and application to spiritual truth. Obviously, this not to say that family, community, charity, and kindness are not important; but these sentiments alone do not represent the entirety of what pleases God and what he desires for his creation.

It may be fair to wonder if this corresponds in any meaningful way to the Spirit of Christ that Christians desire to emulate and seek to heed. For Christians, the Spirit of Christ, that is the Holy Spirit, is what (or who) is intended to guide our thoughts and actions throughout the year, at any time. Regarding this holiday season, highlighting the Incarnation of Jesus does seem like a good starting point for those who desire to elevate Christmas beyond its potentially uninspired condition. And while Linus's citation of Scripture is certainly admirable (give Schulz due credit for being unapologetic about a public demonstration of faith), bear in mind that the gospel does not necessarily end (or perhaps, even begin) with the Incarnation of Jesus. The entirety of the gospel recognizes our need for redemption and God's provision of it, and this is elaborated in myriad and intricate ways throughout Scripture. Some might find the "parceling" of faith affirmations to be convenient or even pragmatic, designating individual times and rites to commemorate individual aspects or qualities of God and his work. Conceivably, there is nothing inherently wrong with such an approach, but again from observation, this can devolve into a mere formalism of religion. As the Bible is often fond of reiterating, our own efforts, even through religion, do not satisfy the demands of redemption. Concerning any kind of adherence to a commemorative calendar of scheduled observances, the apostle Paul mentions in his letter to the Christians in Rome:

The implication is that an individual believer's behavior and intentions should be guided by the Holy Spirit to honor God. It can be something of an irony that religion and its observances do not necessarily lead to spiritual fulfillment.

In the "Star Trek" spin-off series "Deep Space 9," one of the principal alien species is the Bajorans, who exhibit a very spiritually oriented culture.

A particular Bajoran priestess named Winn Adami is the epitome of personal and political ambition, manifested through a desire, indeed compulsion, to control their canonical religion, doing her utmost to seize power at every

opportunity through intimidation, manipulation, and even, when necessary, diplomacy.

While Winn is initially portrayed as a kind of "villain" in the show, the audience gradually comes to know her as one of the more tragic characters,

residing in a wormhole in space) goes unfulfilled, despite her best efforts and perpetual messiah complex. While her motivations are primarily selfish and driven by ego, it is still difficult not to feel some sense of regret and heartache on her behalf. The ultimate humiliation for her is that these so-called Prophets instead choose an outsider, the human Starfleet officer Benjamin Sisko, to be their "Emissary" or intermediary to the Bajorans. Throughout the entire series, Winn has difficulty reconciling with this outrageous development. Some dialogue between Winn and another prominent Bajoran character in a particular episode illustrates her typical zeal and sanctimony as they discuss the consequences of yet another of her questionable actions.

WINN: I take it as a sign I did the right thing.

KIRA: You defied the will of the Prophets, and you did it because you couldn't stand the fact that a human, an infidel, had a stronger faith than you. The Emissary was willing to sacrifice his own son to serve the Prophets.

WINN: My faith is as pure as the Emissary's.

KIRA: I think you're confusing faith with ambition.

As many people can attest, religion can often be a hindrance rather than an avenue to true spiritual understanding. Despite perceptions and misconceptions, during this season that has been designated as commemorating the Incarnation, it is just as important and relevant to recognize the inadequacy of mere institutions insofar as they represent our imperfect efforts to meet the requirements for redemption. God provided salvation through his Son, Jesus. The Incarnation reminds us of the lengths to which God was willing to go to make that possible. It also reminds us that the Christian life is not about institutionally mandated practices, nor is it about our prosaic ideas of love and generosity. It is instead about allowing the Spirit of Christ to use us in drawing others to him, in this and every season.