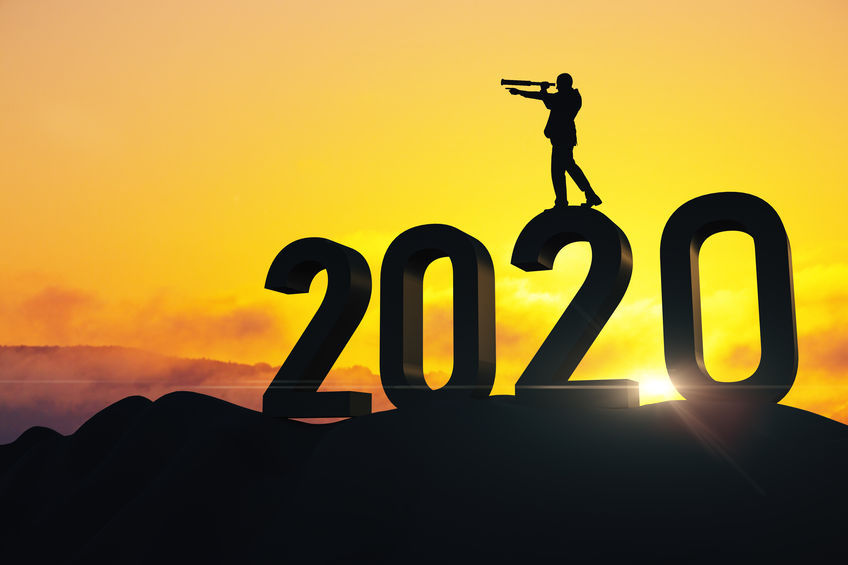 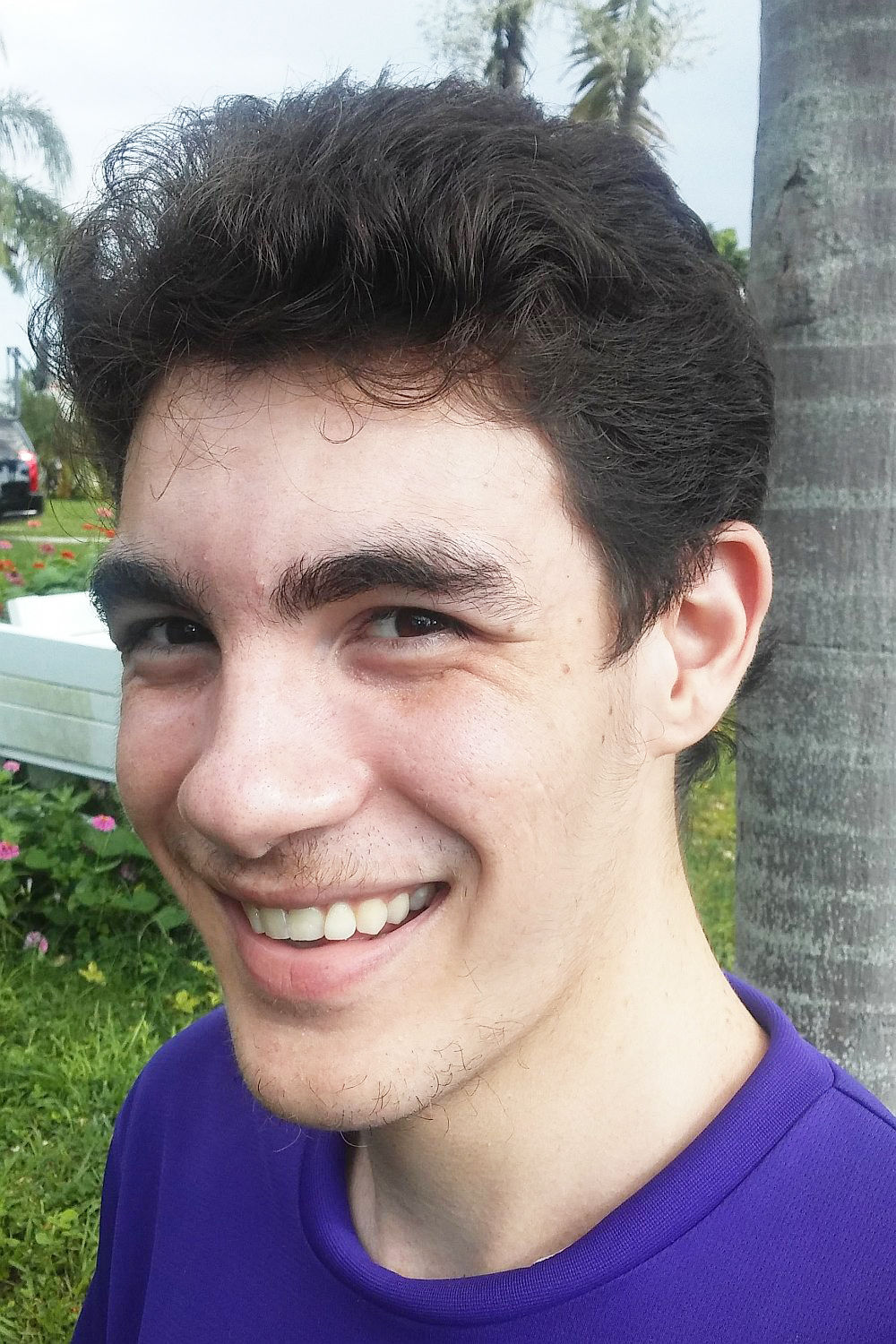 A Happy New Year to all! I hope you’ve had fun celebrations and made memories and are looking forward to another year. And since it’s a new year, I feel almost obliged to ask: What’s your New Year's resolution?

No, you don’t have to have a 2020 Vision. That said, it might be good, maybe even life-giving and inspiring, to focus on what goals you desire to accomplish in the coming year. For example, my sister desires to be an artist, so in 2020, she wants to practice, practice, practice. She plans to sketch out her entire universe of original characters (all ~180 of them) by the end of the year. That’s around 15 drawings a month besides other commitments and commissions. You can be praying with her for stamina and clarity as she works, please.

As for me, I suppose my goals also revolve around my desired career of writing. I’ve got a five-year goal to write two sonnets every month until I reach a total of 101 sonnets in the series. I’m at 44 currently, so 2020 will put me over the halfway mark. I have a novella I’m drafting and a novel in revision, both of which I’d like to get polished enough for submission to publishers sometime this year. I have a body of poetry that I’m sending off to literary journals.

I’m also planning to continue this article-writing commitment. And then there’s my education, where I’m finishing up my Bachelor’s degree in Creative Writing and most likely beginning my Master’s. I will keep training my literary skills so that I can pack as much power in my sentences as possible.

This embodies the concretes of my 2020 Vision. I think these personal goals are good, even commendable. Yet as I write them out, I feel prompted to ask a better question than what I want to accomplish in 2020. Instead, I should ask what, if anything, is God’s 2020 Vision?

God is, after all, the creator of the universe, omnipotent, powerful. He is not a distant ruler who fails to influence the world today. I’m sure he has goals as much as we do, probably more so. We can see in Ephesians that he works to “gather together in one all things in Christ, both which are in heaven and which are on earth—in him”

(Ephesians 1:10b NKJV). Truly, Jesus didn’t sacrifice himself just because he loved you or me; he so loved the world, the universe, all of creation. He keeps drawing all of creation towards himself until that day when every knee will bow and every tongue confess that he is the creator and saviour (Isaiah 45). It may be that God’s 2020 Vision shows that goal a bit—or a lot—closer to fruition.

Looking at the broad, universal goal in the abstract can distract from the minutiae of the individual. Part of that universal goal involves you and me. How might God want to work with you in 2020? How might your actions help to bring about the knee-bowing and tongue-confessing of a world embracing its saviour that is so desired?

For me, every year I tend to imagine the same goal: God wants me to do everything for him. I want to bring God glory with everything I do. Writing, working, playing—if I do it for him, his aims will be furthered. May everything I do be for him.

That’s as far as the thought used to go. Walking with God in 2019, however, has tinted that lens somewhat, shown me that there’s another layer of service that I might have ignored. Yes, all that I do should be for him. But I should also be willing to let him use all of me, not just the parts of me I think he can use.

Does that sound confusing? Let me explain. I’ve got a confession to make. Do you remember my last article in this newspaper, the one about sexism and the wedges that are the superiority and inferiority complexes our society may teach both boys and girls? Well, that article was spurred by a poem I wrote for college. And that poem was spurred by anger. Brash, crude anger. I called it my “rage” poem.

I just spat all throughout that poem, let my speaker say whatever he wanted, let it be sexually euphemistic and irreverent and maybe feel sexist in itself. It’s

nothing like what I usually write—and for the article version, I made sure to rein in my rage and present something more … refined.

Really, I didn’t want to write that poem. My rage scares me. It’s caustic, volatile. Ugly. I often feel ashamed of it, so I try to shove it down and refuse to let it have

expression. In my vanity, I know that it’s because I don’t want people to see my ugliness. In my righteousness, it’s because my goal is to “bring God glory with everything I do.” I didn’t believe I should give into temptation and feed that rage. Something so caustic and volatile couldn’t be used by God to further his aims. Could it?

I think, perhaps, my righteousness was ignorance. When God says he wants all that we are, he means it. Not just the pretty parts, but the ugly parts, too. And maybe he doesn’t just want to clean up those parts, give us his renewing spirit to shear away our rage. Even God gets angry, so anger in itself perhaps isn’t evil. He may instead want to direct all our energy, even volatile energy, and bring himself glory with all that we have to give.

That rageful, brash poem was one of my class’ favourites. Both students and teacher found it relatable and thought-provoking even as they cringed at the speaker’s words and thought it sounded like thoughts someone “wouldn’t admit to having.” It wasn’t my prettiest hour, but God used even that. In fact, I think he used it more than all the other poems I wrote that semester. People engaged with it, poked at it, questioned their own thoughts, maybe grew through the experience. And I was able to stand there as myself, saying that I try to do everything for my king and saviour.

I even wrote that poem.

Looking back, no matter how reticent I was to trawl that well of rage, I can say that I’m truly glad I did. Not only did it open up discussion with my classmates, it also morphed into an article I shared here. Perhaps the article provoked thought as well, pulled people closer to God. And who knows? Maybe I’ll send out the poem to some (appropriately brash) journals and see if they’re stirred enough to publish it. If God wants to use it, I’ll let him.

I still believe bringing glory to God with everything I do is a worthy goal. He’s just reminded me that he wants more than that. This year, I’ve resolved to offer him everything—even my rage—and let him work however he will. That is my 2020 Vision. I’ll ask again: What’s yours?