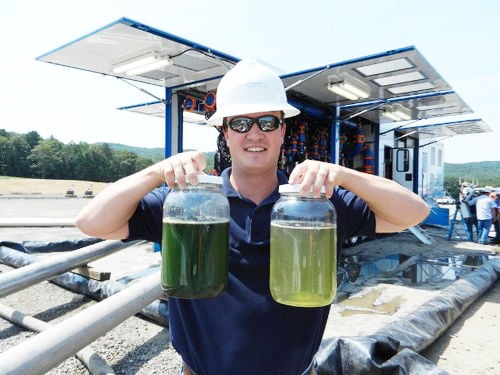 Ecosphere Technologies uses a new technique with ozone to remove 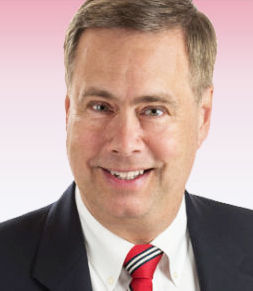 Environmentalists just got some great news.

America's power plants will emit 2.3 percent less carbon dioxide this year compared to 2018. Even better, emissions will continue falling next year, according to a new report from the U.S. Energy Information Administration.

This progress isn't the result of new environmental protections or alternative-energy breakthroughs. The credit actually belongs to natural gas firms.

These companies have harvested such massive quantities of the cheap,

relatively clean-burning fuel that power plants have transitioned away from energy sources with higher emissions such as coal. The firms have also invested millions to make their drilling operations as environmentally friendly as possible.

Green activists often demonize these companies. They ought to thank them instead.

New drilling technologies, such as fracking, greatly boosted natural gas production starting in the mid-2000s. Power plants soon began switching to this invisible fuel, which was cheaper than coal and also produces about 50 percent fewer carbon dioxide emissions. Thanks to this transition, U.S. carbon dioxide emissions fell 8 percent between 2010 and 2017.

that employs ozone to remove contaminants from fracking water. Via ultrasound technology, Ecosphere creates tiny bubbles that kill contaminants and help disinfect water when they pop. Then, the company runs an electrical current through the fluid to break down salts.

The process helps fracking operations reuse massive quantities of water, which reduces pressure on aquifers. It also reduces the need for using chemicals such as descaling agents and biocides.

These new techniques have already benefited the environment. In Pennsylvania, the amount of water reused in fracking operations ballooned from 2.6 million barrels a year in 2010 to over 22 million in 2015.

The industry's also spearheading efforts to reduce emissions of methane -- a

greenhouse gas. For instance, dozens of firms have joined together to inspect their pneumatic controllers -- which regulate the level, flow, and pressure of natural gas. These controllers sometimes release small amounts of methane into the atmosphere during normal drilling operations.

Recent advancements have enabled firms to reduce -- and even eliminate -- these leaks.

So far, firms have replaced or retrofitted about 30,000 old "high-bleed" controllers. The Environmental Partnership -- an alliance of U.S. energy firms committed to a greener industry -- led these replacements.

The industry has also made headway with new leak-detection technologies, such as optical gas imaging cameras. These devices scan large areas of natural gas infrastructure and detect the infrared signature of compounds like methane, catching leaks otherwise invisible to the human eye.

Such tools and precautions have yielded impressive results.

In Texas's Eagle Ford basin alone, methane pollution dropped 65 percent between 2011 and 2017. This occurred even as production soared 130 percent. Meanwhile, in the Appalachia basin, methane emissions from natural gas operations fell 70 percent in that same period, while production nearly quadrupled.

Though often portrayed as reckless polluters, energy firms are actually using their technical know-how to do right by the environment. And judging by

the latest emissions numbers, their efforts are paying off.