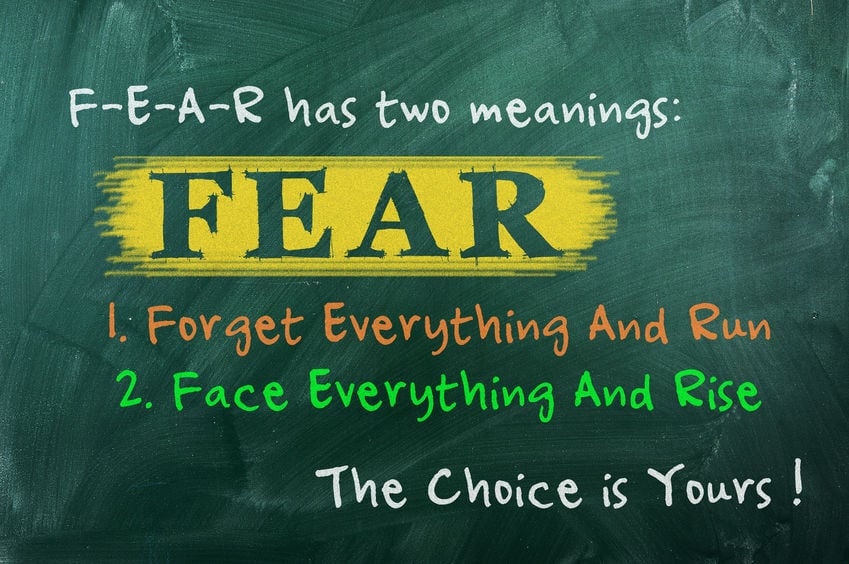 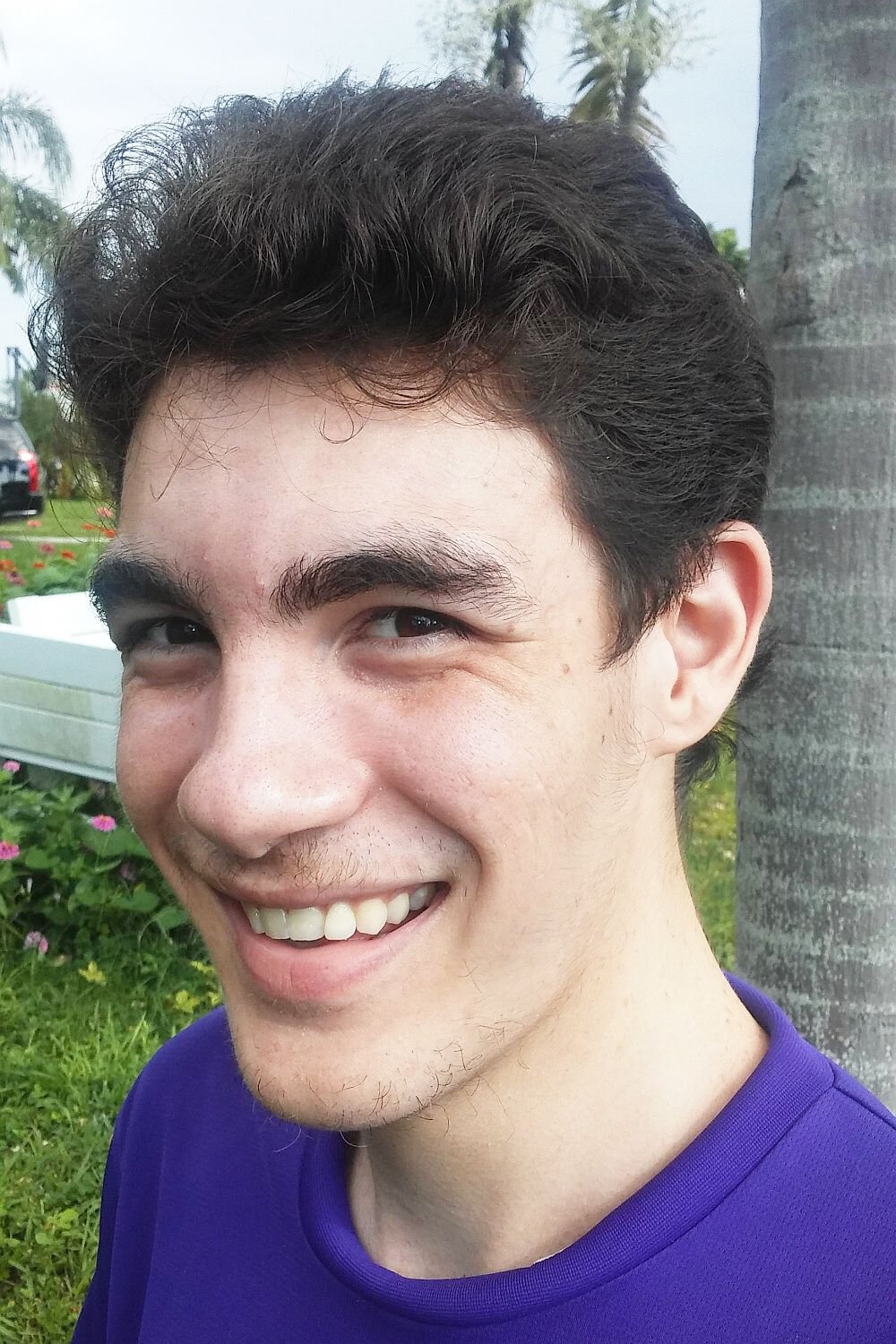 I’m a barefoot three-year-old in the backyard when my brother throws a Frisbee. I plunge between the shed and coral honeysuckle bush to catch it, but I’m too slow: The disk bounces in grass. My brother scoffs. I stamp a foot.

At that moment, fangs prick my heel. I’m now a day away from potential necrosis of the flesh, blisters, death. And I don’t even notice—the bites of brown recluse spiders are often painless, and mine is no exception. I grab the Frisbee and toss it to my brother.

I don’t know I’ve been bitten.

I think phobias start like that. A silent injection slides through the skin.

It doesn’t seem too deadly at first, but venom has entered the blood, ready to pulp muscle and rot marrow.

It takes hours before I notice the tingling in my foot. Almost numbing, more annoying than painful. I imagine it as a spike on my heel, I see the gray thorn with purple stratums poking out like a stiletto. It keeps me from pressing all the way to the ground. I almost limp, but instead tiptoe. I wonder if I could take a knife and saw through the spike. I might clip it, save it in a box like a souvenir baby tooth, but for my foot.

Mom doesn’t see the spike. “Put on socks,” she says. “It’ll feel better in the morning.”

That night, the bite throbs. I hop to Mom and Dad’s room, heel as far from the floor as possible. When I wail at their door, they rip off my sock and can’t find toes in the swollen flesh. Venom and blood ripple beneath paper-thin skin. Then comes a midnight run to the hospital, pus pours like paint thinner when the scalpel slices through.

The operation is a success; doctors congratulate my parents on their prompt response. In my hospital bed, I’m all smiles, foot numb, assured the spike’s been shaved off. There’s not even a visible scar.

But the scar is there. A doctor says the brave boy deserves a treat. What’s my favourite food? When I say broccoli, he scoffs in disbelief, brow high, lips pinched in the corners. If I were any older, I would stiffen at those lips, wonder if he thought me a laughingstock. My neck would break out in sweat, and I would be sure that he despises me, that everyone despises me—my parents for waking them up in the middle of the night, my brother for

missing his Frisbee throw, the doctor for ordering some bitter vegetable instead of the expected ice cream. Irrational, but phobic venom works its way through me, and it spreads out.

nestled in a church window leaves me shaking when I pass. The laundry basket in the dark will grow eyes and teeth, stalk closer while I cower in bed. I’ll someday give away half my sandwich to a peer, then stop, stomach lurching, breath pinched, because all I can think about is what they must think of me. Goody two-shoes, kindness just an act to spotlight my charity. Or it’s pity, because I stand on a mountain and look down on all others.

Or maybe they’re full, and I’m just an annoying flea on their back. No matter the scenario, they hate me, and I shrink away.

Fear is a scar, a spike on my heel, it hinders my steps, corrodes my bones. I know that God has not given us a spirit of fear—so says 2 Timothy 1:7. We are to stand with him, trust in him, and let him lead us. Fearing what people think of me, or what hides in the darkness, or that every spider will kill me, is not the way to live life for God. Still, that knowledge doesn’t bring about instant healing. The cowering, sweats, and churning guts are an automatic response, not something I can control. No matter how much faith I strive to have, these things do not simply vanish.

What I can control, however, is what I do next. I believe healing can be a gradual process, a choice. The decision to walk woodland paths, to duck under webs rather than retreat from them. To sing as a worship leader, to write newspaper articles, to drive to the store, and though waving someone through the stop sign makes my fingers seize, I do it anyway. God does not want us to live in fear, and so I act in that reality. Fear will not control me.

I’d like to say that it works: Scars fade, desensitization through repetition. After years of staring out the church window at that banana spider, something changes. I don’t even notice—like the recluse’s first bite, the change strikes unannounced. But when I’m sitting in my living room and a spider runs across my foot, I lurch back from instinct alone. Where is the stab in my stomach, the sweat, the trembles? My muscles only tense because I think they should, not because I am a beetle struggling against death. I am free.

I watch the spider move to a nook on the bookshelf. In its webbing is a fly shivering madly.

It seems like a futile effort, but the bug stuck in the web knows that the struggle isn’t over. To give up would be to accept death.

I crush the spider, toss it in the trash, pull apart the web. The fly rolls, kicks, flaps—breaks out. It soars, clings to the window screen.

It’s been years now since that fear faded. And the fear of people? Just last week I wrote a short story, a bit of a fable about a dove, and shared it with some friends. Immediately I lost my breath, my stomach seized, though I forced myself not to snatch the story back.

My recluse scar feels etched into my marrow. Still, I choose to act. To stop would be to rot, to let venom eat through me. I believe that is what Paul meant when he said to not have a spirit of fear. We can acknowledge our fear, our sweat and pounding pulses, but rather than stopping, God wants up to push beyond it, to not let it limit us. Someday I’ll see that my worries rarely come to fruition—the shared sandwich brings a smile, not a scowl. The recursive loop of thinking of others thinking of me will stop.

If God and I ever do shave that spike, I know what I’ll do with it: I’ll put in in a box and wrap it with a red bow, not as a souvenir to stow in a closet, but to throw on a bonfire. I will watch the ribbon shrivel, the box crack to ash, no trace left.