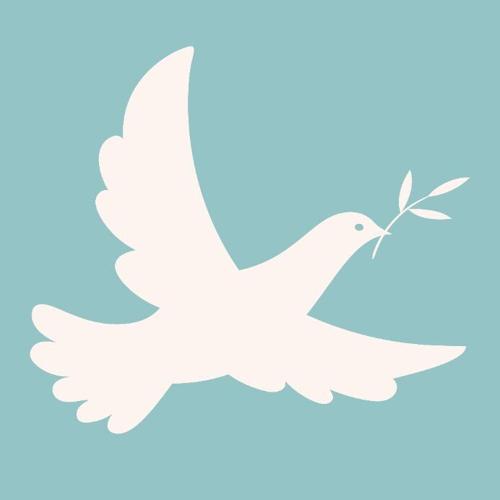 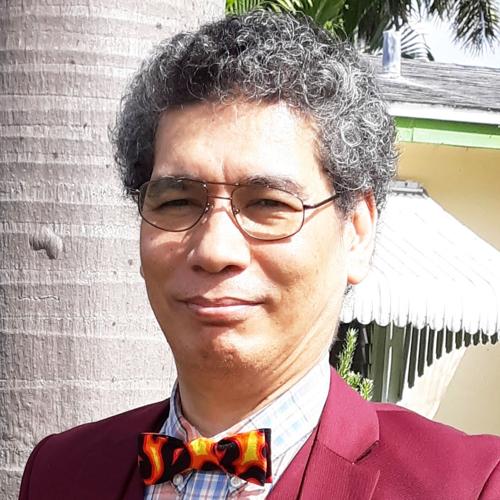 Over the past few weeks, our new pastor of Homestead Mennonite Church, Marcos Acosta, has presented a series of sermons which summarize the defining qualities of this congregation, based on his review and analysis of its history and reputation in the community.

He has distilled the essence of Homestead Mennonite Church into three characteristics that this congregation continues to strive toward exemplifying: hospitality, simplicity, and peace.

In his most recent message, Pastor Marcos elaborated on how the kind of peace God desires to impart, the peace that passes understanding, derives from our relationship with God himself. This relationship is based on an awareness and affirmation of our role as believers in restoring harmony to creation as part of the work of redemption conferred on us by Jesus's perfect life,sacrificial death, and assuring resurrection.

The notion of harmony and redemption of creation can readily lead one to contemplate how certain aspects of the original creation contribute to the principle of Godly peace.

Interestingly, one facet of that ideal harmony depicted at the beginning is identified in terms of humankind's intended role within the creation itself.

Genesis 1:26 indicates that God bestowed on humankind the charge and privilege to exercise dominion over this new creation. While some might interpret this as a mandate or license to simply exploit and subjugate the entirety of the natural realm, as with so much of the Bible it is necessary to consider the context and intent of the text in order to gain an effective perspective. The word translated as "have dominion" or "rule over" in this verse does indeed derive from the Hebrew verb for ruling or even dominating.

However, it is useful to keep in mind that the statement in question immediately follows the description of God fashioning humankind in his own image.

Clearly, in his infinite wisdom the Almighty saw fit to produce vessels for manifesting his love and goodness; thus, human beings were not only designated as the pinnacle of his creative work, but were also designed to reflect his qualities and values. In such manner humanity was entrusted with the honor of stewardship of all the fruits of God's labor with the expectation to care for and tend the world as God would.

There can be no doubt that there must have indeed been a pervasive peace throughout the cosmos at this time, as utter harmony reigned between the Creator and his creation. The peace of paradise and dominion of humankind was predicated upon the delegation of administration bequeathed to us by God, premised on a presumed covenantal relationship with the Creator himself. Unfortunately, that harmony and covenant were ruined by humankind's rejection and disavowal of God's provision and providence.

It does not require immense imagination to understand that many aspects of our interaction with creation would consequently be upended and even fractured due to this fall from grace.

Peace has become then an elusive endeavor and coveted aspiration for humanity throughout history. We have grasped for it through our own limited and ineffectual efforts, often distorting and diluting it beyond its original spirit and substance. At Jesus's birth, the angels wished "peace, good will toward men" (Luke 2:14), but Jesus himself recognized that the gospel represents a disruptive element in human society, undermining the assumed authority that our species has attempted to assert apart from God.

In this manner, Jesus correctly stated that he "did not come to bring peace, but a sword" (Matthew 10:34). Thus, Jesus challenges our imperfect and inadequate notions of peace.

Rulers and governments may often consider peace to be equivalent to control. After all, if it can be possible to suppress opposition, it may be possible to eliminate discord or contrary behavior and thought – or so claim the various authoritarian philosophies. This perverse interpretation of peace rarely produces harmony and unanimity.

The third season of the "Star Trek: Deep Space 9" television series introduces a rather menacing and relentless adversary in the form of an advanced alien civilization known as (interestingly) The Dominion. Their singular goal is to subjugate as many species as possible in the known galaxy under their common rule.

The Dominion is directed by a group of shape-shifting beings known as Changelings to outsiders and as the Founders to their subjects.

Odo, one of the security officers aboard the DS9 space station, is a member of the Changeling species, and previously was the only one of his kind known to exist. In one of the episodes that occurs during this time of war between the Dominion and the United Federation of Planets, Odo and his close friend Kira end up discovering the home planet of the Changelings, and Odo is presented with an opportunity to learn more about his origins and who he is. A Changeling delegate reveals that the motivation for their drive toward conquest is primarily a response to how they have been negatively treated by other species.

KIRA: You belong to the Dominion, don't you?

CHANGELING: Belong to it? Major, the Changelings are the Dominion.

ODO: You're the Founders.

CHANGELING: Ironic, isn't it? The hunted now control the destinies of hundreds of other races.

ODO: But why control anyone?

CHANGELING: Because what you control can't hurt you. So, many years ago we set ourselves the task of imposing order on a chaotic universe.

KIRA: Is that what you call it? Imposing order? I call it murder.

CHANGELING: What you call it is no concern of ours.

It should be obvious that any kind of dominion of one group of people over any others does not align with the Biblical ideal of peace in any sense. Certainly, God's plan of redemption does not accommodate such ill-conceived ideas of control and order. Furthermore, any sense of dominion we may think we possess over the world at large at this point is probably primarily an illusion.

Dominion over creation may have been an aspect of peace at the beginning, but it should be apparent that, in our current state, we as individuals and as humanity as a whole need to continually work toward contributing to that redemption.

We might pray we would exercise dominion in our own lives as we ultimately submit to the supremacy of the Spirit, thereby more closely approximating the image of God that was intended from the start.

By this we pursue the true path to peace.