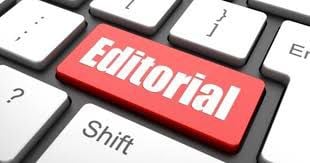 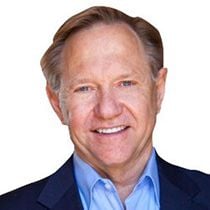 Freedom, independence, self-sufficiency: these are great and glorious concepts. We celebrate them this time of year, whether we process it that way or not, because they're so deeply engrained in our image of America.

The more we cooperate, share, defer to others, and work together, the more successful we are. Today, as citizens, businesses, and civic leaders seek to come back from a public health and economic crisis, that spirit of community is more important than ever. It holds the key to our survival.

I've spent much of my career traveling from one American community to another. What they all have in common is the burning desire to revitalize themselves: to become more vibrant, prosperous, livable, and loveable than they are right now. And as I've worked with these diverse groups of Americans, I've seen a theme emerge: Those communities that work together, win together. When citizens and leaders come together, put their self-interest on the back burner and work as a team, things get done. When they don't, nothing gets done.

Here are four big "history lessons" we should all heed as we seek to reopen, recover, rebuild, and continue making our way on journey toward vibrancy: Set aside your self-interest and create something that works for everyone. Lots of different professions, industries, and interests were present at the birth of America. Cabinet makers weren't fixated only on the wood industry, nor silver smiths on the silver trade. Everyone was fired up to contribute to something bigger than themselves. They bought into the overarching mission, and weren't bogged down by endless debate over the short-term costs of their plan.

In other words, don't be overly concerned with your own wellbeing. Setting aside your own short-term best interests may accomplish far more for everyone in the long run. Because a rising tide lifts all boats, this includes you.

Don't let ideological differences stop you from achieving something tangible. Despite bitter disputes and differences of opinion, a group of people with little in common other than their shared determination that change was needed were able to get mobilized and get something done. While there was much to be decided about the way things would function in the new nation, they all recognized that there wouldn't even BE a new nation if they didn't set aside their disagreements and move the ball down the court.

It's important to know what matters. Don't let petty disputes about how things should get done sabotage the greater task at hand.

Don't be constantly trying to steal the spotlight from each other. It's okay to let someone else be "the one in charge." No one complained that John Hancock's signature was bigger than theirs, or that so-and-so got to sign the Declaration before they did. (Okay, it's possible, but we can see by the document that resides in the National Archives that it got done anyway!) The founders kept their focus on the ambitious mission/vision of standing up to one of the most powerful authorities in the world: the King of England.

When we try to make it about ourselves, we can get off track and let our self-absorption derail the project or initiative. Keep the greater goal in mind and stay focused on that.

Citizen-powered change is the most powerful change. If it's to be, it's up to you and me, not government agencies. (Local governments tend not to have the budget to drive fundamental change, and due to election cycles, officials come and go. Many won't be around to see long term projects through.)

No one is saying America's founders were perfect. They were far from it, as we are. But one thing they got right was the knowledge that they needed to work together for a common cause. Teamwork is a powerful force. We couldn't have built a nation without it, and we can't build a better community without it either.

Quint Studer is the author of Building a Vibrant Community: How Citizen-Powered Change Is Reshaping America and founder of Pensacola's Studer Community Institute