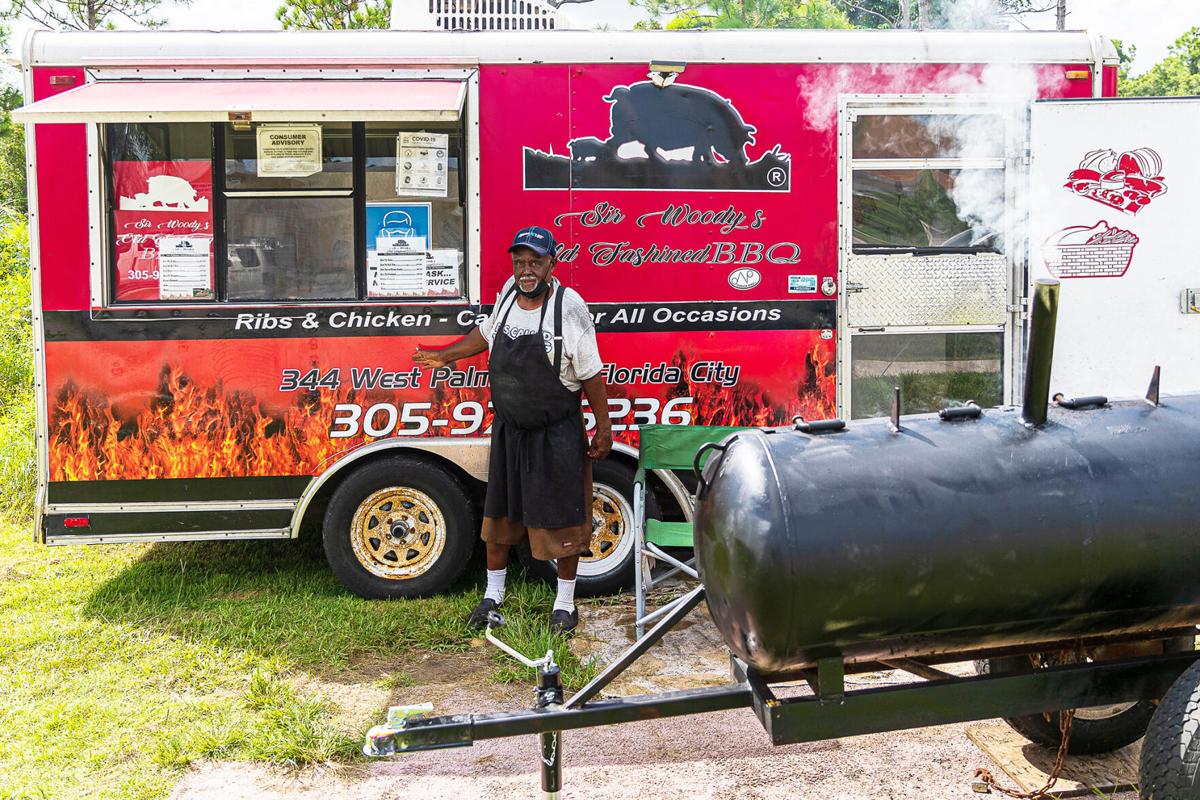 Sir Woody stands by his serving trailer and much smaller replacement pit at the spot he has been cooking barbeque for almost 24 years. 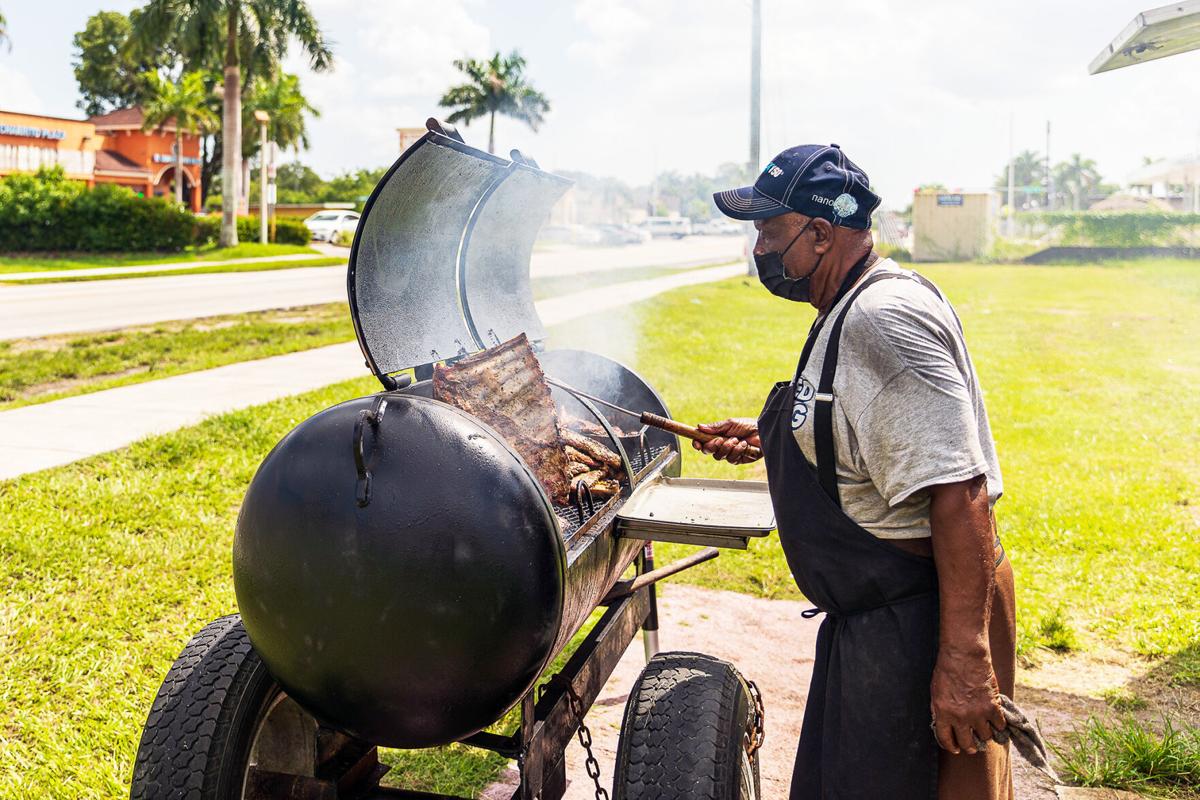 Sir Woody stands by his serving trailer and much smaller replacement pit at the spot he has been cooking barbeque for almost 24 years.

For almost 24 years, Mr. Woodrow Jackson has been serving up ribs and chicken at Sir Woody’s Old Fashioned BBQ.

Located at 344 West Palm Drive in Florida City, his serving trailer and mobile barbeque pit have become something of a landmark.

Over the summer customers and passersby have noticed a difference. The well-seasoned pit is no longer smoking away.

In an interview last week, Mr. Jackson told the News Leader what happened.

“When I pulled up on the Sunday morning of last Memorial Day weekend the pit was gone.” Saturday night or early Sunday morning, person or persons

unknown stole the pit by hooking it up to a vehicle and driving away.

Jackson filed a police report with Florida City Police Department and security camera footage from a nearby store was checked. The camera did not provide any useful information.

The pit, which is still missing has Woody’s Barbeque welded into the frame.

Anyone with information on the theft or the location of the pit should call the Florida City PD at 305-247-8223.

Jackson continued, “I’m still cooking. I learned to cook barbeque from my Daddy when I was 10 years old and I still love it.”

He is using a small pit now, but said, “I really want to replace it. The big one really makes a difference, but you got to make do with what you got until you can do better. I really wonder why people would do that to me.” Mr. Jackson told us that a similar replacement pit would cost around $2000.

Sir Woody’s is open every Friday, Saturday, and Sunday from 9 AM to 7 PM.