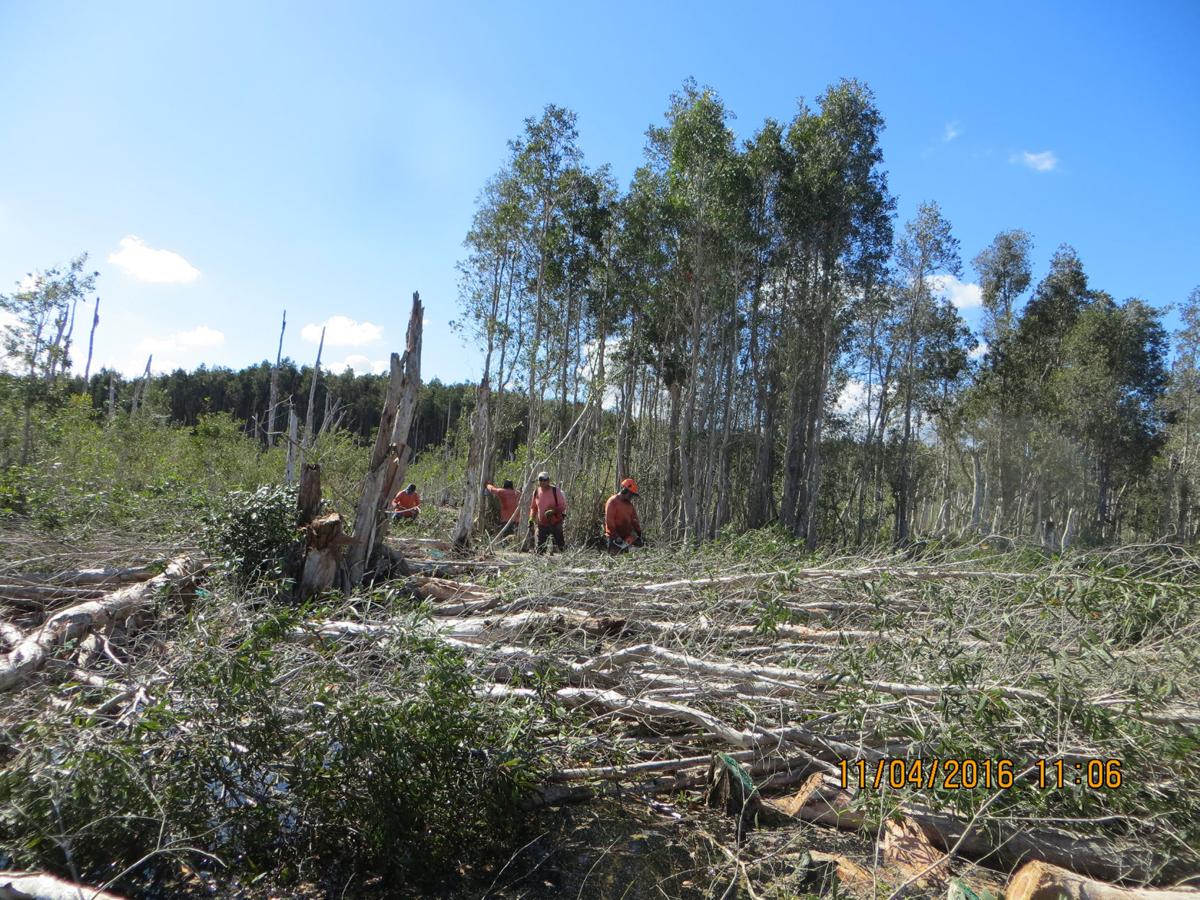 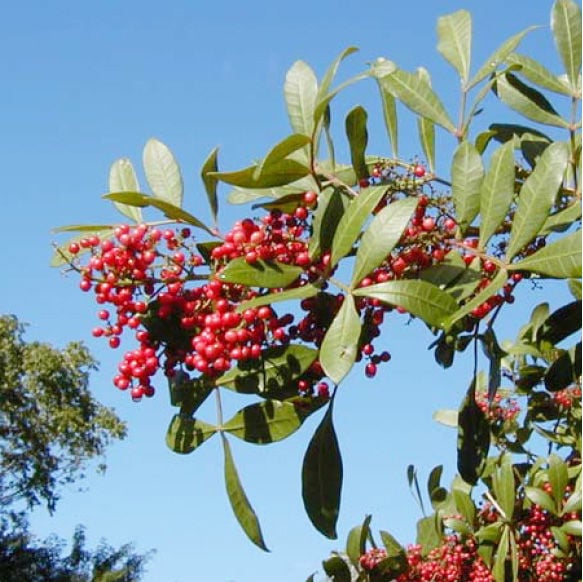 When I was a 17-year-old high school student studying for the AP biology exam, I had a revelation that plants were aliens. They can do everything we humans wish we could do. They could make their own food from sunlight. They could even continuously grow if part of their body got chopped off.

This then led me to my second big conclusion about plants: they would one day take over the world. After we moved to South Florida, I realized that many of my teenage ideas about plants were, well, sort of right.

Some plants seem to have the ability to take over if given the right conditions. South Florida definitely offers plants that opportunity. South Florida is a plant paradise. You can’t come here and not notice how green everything is year-round.

A year after we moved here and I began working in Everglades National Park, our tiny bamboo we had kept in the tiny bathroom window of our New York City apartment grew enough that it broke a 10-inch pot.

I began to learn about all the crazy invasive plants we have in the park, and my mind was blown. A 2017 report found that at least 26 percent of all plant species found in the park are exotic, or non-native. These non-native plants can drastically alter ecosystems.

Then, why do pythons get so much media attention when invasive plants are as great of a threat, if not more, to the Everglades and our own livelihood?

Of the estimated 270 exotic plant species in the park, the “big four” are melaleuca, Australian pine, old world climbing fern and Brazilian pepper. These species are targeted for treatment because they are the most widespread and cause the most damage.

The one that covers the largest area of the park is Brazilian pepper. It was imported from South America in the 1840s because the fruits are pretty. European holly doesn’t grow well here, and early Florida colonists needed their holiday red berry fix.

Brazilian pepper has since invaded almost every habitat in South Florida. It grows so thick that it shades out and displaces native vegetation. “Florida Christmas holly,” as it is called, can even produce chemicals that suppress the growth of other plant species. Invasive plants do not play fair.

In one area of the park that was once farmland, the goal is complete eradication of Brazilian pepper. If you’ve ever visited the park and gone on the Nike Missile Tour, you’ve passed it. Lovingly known as the Hole-in-the-Donut because native plants (the donut) surrounded the farmland (the donut hole). This 6,300 acre area was completely invaded by Brazilian pepper when farming ceased there in 1975.

Park scientists knew something had to be done. That much Brazilian pepper in the center of a national park put our native plants at risk. Most years since 1997, parts of the Hole-in-the-Donut are completely scraped down to the bedrock.

This eliminates any chance invasive plant seeds remain and removes the farmed soil that allows Brazilian pepper to flourish. This is hard work, especially in the warm and humid Florida summers. But for some scientists, working in the Hole-in-the-Donut is a dream come true.

“I was in the field every day combating invasives, which was awesome,” said Hannah Doherty, a biological science technician in the park.

Doherty was a Biocorps intern with the park last year and came back because she loved the restoration work so much. “I love the Hole-in-the-Donut,” she said. “It’s so cool that an area that was so disturbed could be restored to its natural state. Being a part of that is really special.”

The Hole-in-the-Donut restoration project is turning into a 30-year success story. Complete removal of Brazilian pepper is expected over the next few years, as long as the right weather conditions persist. Score one for

But it is not realistic to think that we can rid the entire park of all the invasive species like we were able to do in the Hole-in-the-Donut. Invasive plants occupy a lot of the park – at least 200,000 acres of land, or 30 percent of it. We just don’t have enough money, and we don’t have enough resources to eradicate all of the exotics. We can manage them, though.

“We rely on long-term management to control invasive plants in the park,” explains Hillary Cooley, the botanist in charge of the Exotic Plant Management Program in Everglades National Park. “You need to do multiple treatments to ensure success. It’s challenging work because you’re trying to

control the plant species that inhabit about 1 million acres of land. Our BioCorps interns, contractors, and partners like Florida Fish and Wildlife Conservation Commission who provide resources are a big help.”

Cooley and her team use an integrated approach to manage exotic plants. Treatment depends on the type of plant. It can involve use of herbicides, prescribed fire, biocontrols, and sometimes just crude

cutting and pulling of exotics. Whatever works to get the job done.

“An integrated approach allows you to use all of your tools in your toolbox,” Cooley said.

Biocontrols have been useful for combatting melaleuca, another of the “big four” invasives. Melaleuca was introduced in southern Florida from Australia in the early 1900s. It was purposely planted in the Everglades to help drain the swamp and allow for development long before we knew that was a really bad idea.

Melaleuca has been extremely successful in the Everglades, and large expanses of it disrupt historical water flows. This not only puts our native species at risk, it also affects our drinking water.

“Melaleuca has the potential to cause major hydrological damage in South Florida,” said Linda King, subsection leader for the FWC Upland Plant Management Program. “It’s crucial that we have a good management plan, know what we’ve treated, and carefully plan our next course of action.”

To figure out the next step in melaleuca control, South Florida scientists turned to Australia for answers. Like most invasive species, melaleuca does not spread aggressively in its native habitat because it has natural enemies to keep it in check. Scientists wanted to bring some of those natural enemies to Florida to use as biocontrols.

After years of field studies and quarantine laboratory testing, scientists released a biocontrol, the melaleuca weevil, in Florida in 1997. The hope was that it would attack melaleuca in Florida like it does in Australia.

And it seemed to work. The spread of Melaleuca slowed. So then a second natural enemy was released, a plant louse called the melaleuca psyllid. And more have been released since. Biological controls need to be carefully chosen and studied before being used, but they are effective at slowing the spread of exotics.

This doesn’t mean that we will be able to completely eradicate all of the melaleuca or other invasive plants from the park. But we’re heading in the right direction to keep them from taking over the Everglades.

What can you do to help?

every year. Learn more by visiting:

⦁ Avoid plants that are prohibited in Florida. Find out more here:

it's a losing battle. these invasive plants laugh at herbicide.