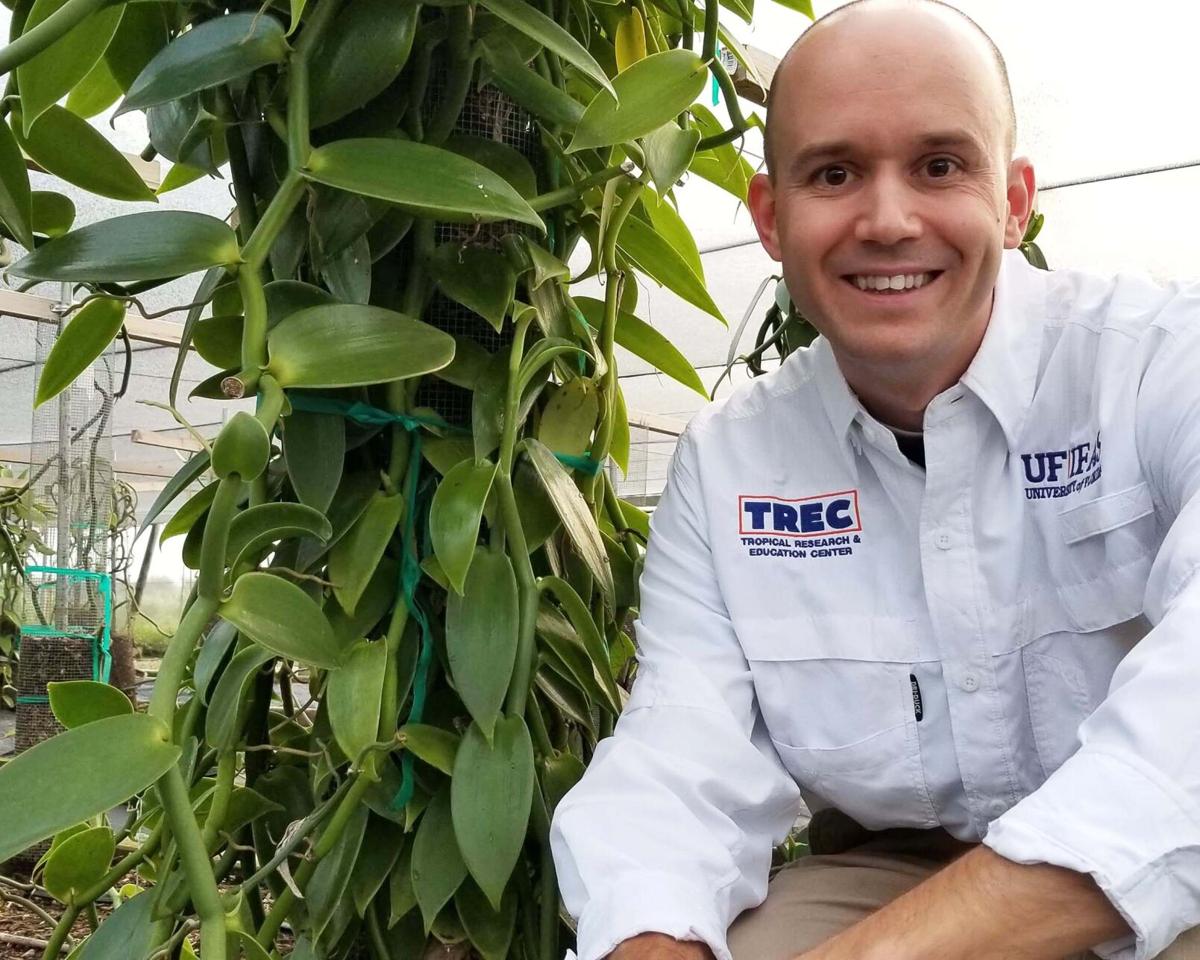 University of Florida scientists have developed a tool to unlock the genetic traits that pinpoint the vanilla variety that produces an abundance of beans, grows efficiently and sustainably, with consumer-approved taste.

As part of their breeding program, scientists with the UF Institute of Food and Agricultural Sciences (UF/IFAS) believe their work is an essential tool that will be used to make growing vanilla a successful South Florida crop for commercial and home growers.

In collaboration with the team at Elo Life Systems, a North Carolina-based food and agriculture company, Alan Chambers, tropical plant geneticist at UF/IFAS Tropical Research and Education Center, co-led the generation of a “chromosome-scale” sequencing of Vanilla DNA. Four vanilla species were sequenced from a 300-plus collection established at the Homestead research facility. As a result, genetic information was revealed which lays the groundwork for desired genetic traits.

“The vanilla genome reported in this study will enable accelerated breeding of vanilla pods with improved bean quality, plants with superior disease resilience and higher yields to support a new, domestic market,” said Chambers. “This work is the result of a public-private partnership that could revolutionize the multi-billion-dollar vanilla industry potentially producing vanilla pods with minimal reliance on manual labor.”

The genome is an organism’s complete set of genetic instructions. Each genome contains all the information needed to build that organism and allows it to grow and develop successfully. The instructions in a genome are made up of DNA, which contains a unique chemical code that guides development, growth and health. For vanilla, this includes functions like how to make leaves or roots, how the plant responds to pathogens and how the plants make the aroma of the beans.

Madagascar supplies more than 80% of the world’s vanilla. The U.S. is the biggest importer of vanilla beans from Madagascar and, once in the U.S., those beans are further processed into vanilla extract. As a spice, is it is the second most expensive and is the world’s most popular flavor.

“While South Florida’s climate is ideal for growing the highly expensive and sought-after vanilla bean, it takes the right cultivar to make it grow successfully and quickly without compromising taste, disease resistance and yield,” said Chambers.

Global supply of vanilla extract comes primarily from the cured beans of the tropical orchid species Vanilla planifolia. Vanilla plants were collected from Mesoamerica, clonally propagated and globally distributed as part of the early spice trade.

“Today, the global food and beverage industry depends on descendants of these original plants that have not generally benefited from genetic improvement,” explains Chambers.

“Vanilla has a long history of supply chain challenges brought on by climate-induced disruptions and exacerbated by limited investment in Vanilla improvement for the benefit of the growers at the base of the supply chain.”, said Fayaz Khazi, CEO of Elo Life Systems. “Elo’s cross-crop expertise and cross-platform technologies are uniquely suited to address intractable food and ingredient challenges in crops like Vanilla.

Partnering with leading researchers, like Dr. Chambers, allows us to rapidly deliver improved traits to under-represented crops, improving the livelihood of small-holder growers and addressing deep-seeded challenges for the food and flavor industries.”

For the genomic sequence, Chambers relied on various cultivars from the TREC collection: Vanilla planifolia, Vanilla tahitensis, Vanilla mexicana, Vanilla pompona. A resequencing of related cultivars resulted in a genome blueprint that will serve as the tool to growing the ideal cultivar.

Among the critical findings in the research, Chambers explained that while all commercial vanilla plants are vulnerable to a fungal pathogen, related species such as Vanilla pompona are resistant to the pathogen and could provide a genetic route to creating a disease resistant Vanilla planifolia.

“If a grower has a cultivar that grows better with fewer chemical inputs and tastes better, that is going to be a premium advantage for South Florida,” added Chambers.

For Chambers, a plant breeder, the next stage is where the fun begins.

“This is a major milestone. This research unlocks all the potential for improving vanilla. The genome touches every project going forward,” said Chambers.

The results of the study entitled “A phased Vanilla planifolia genome enables genetic improvement of flavor and production” were published today in Nature Food .