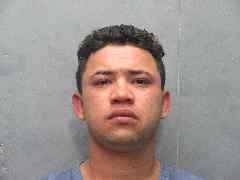 Jonathan Estarly Rivera Enriquez, 19, from Homestead, was charged with a stabbing incident in Tavernier. 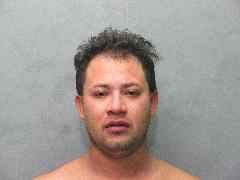 German Javier Rivera Hernandez, 26, from Homestead, was charged with a stabbing incident in Tavernier.

Jonathan Estarly Rivera Enriquez, 19, from Homestead, was charged with a stabbing incident in Tavernier.

German Javier Rivera Hernandez, 26, from Homestead, was charged with a stabbing incident in Tavernier.

Two Homestead men were arrested after a melee on the 200 block of Burton Drive that left four people hospitalized.

Jonathan Estarly Rivera Enriquez, 19, and German Javier Rivera Hernandez, 25, both of Homestead, were each charged with aggravated battery with a deadly weapon and burglary with an assault or battery.

The incident is still under investigation and more charges and arrests could be pending.

Deputies arrived at 210 Burton Drive about 4:20 a.m. regarding a fight

involving a machete. They arrived to find multiple intoxicated people who stated men from the 400 block of Burton Drive — one of them armed with a machete — attacked them. They stated one woman was cut in the neck and another man was cut on the head. Those two victims were later airlifted to Kendall Regional Medical Center in Miami with non-life threatening injuries. Two other victims with less serious injuries were treated at Mariners Hospital in Tavernier.

Multiple witnesses identified Jonathan Estarly Rivera Enriquez as the primary aggressor. The witnesses stated a broken bottle and rocks also may have been used in the fight. A machete was recovered from the scene.

The investigation is still ongoing, but Detectives believe an argument over a female or issues stemming from a previous relationship may have spurred the incident.