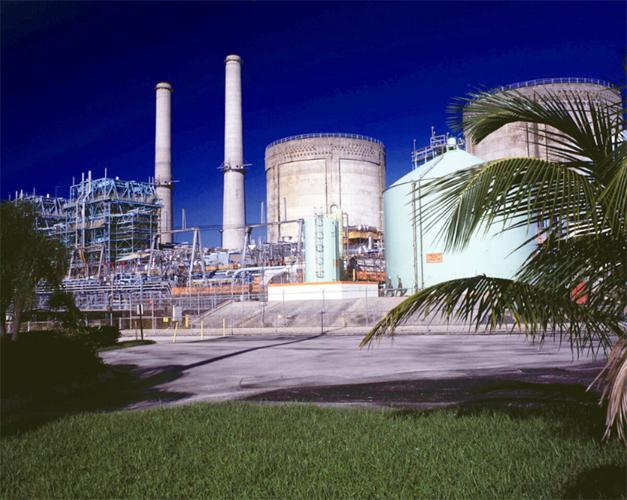 Florida Power and Light’s Turkey Point nuclear reactors are shown in this photo from the Nuclear Regulatory Commission. 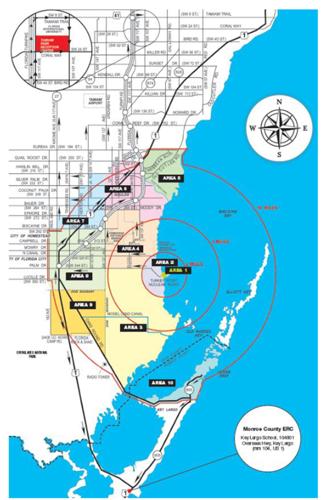 This map is of the Turkey Point 10-mile radius Emergency Planning Zone and shows each County’s Emergency Reception Center. The image is from the Monroe County Emergency Management Media Outreach Pamphlet.

Florida Power and Light’s Turkey Point nuclear reactors are shown in this photo from the Nuclear Regulatory Commission.

This map is of the Turkey Point 10-mile radius Emergency Planning Zone and shows each County’s Emergency Reception Center. The image is from the Monroe County Emergency Management Media Outreach Pamphlet.

Each year all residents living within a 10-mile radius of Florida Power and Light’s Turkey Point nuclear reactors are mailed information about what actions to take in any emergency involving those reactors.

The virtual meeting which also included Florida Power and Light personnel, was held to provide media outlets with an overview of emergency plans and protective actions for the 10-mile radius Emergency Planning Zone (EPZ) around Turkey Point.

In Monroe County areas inside the EPZ include Ocean Reef and Key Largo Anglers Club as well as offshore waters.

In the case of an incident at one of the reactors at Turkey Point, the event would be classified as an Unusual Event, an Alert, a Site Area Emergency, or the most serious a General Emergency.

In the event of a Site Area or General Emergency the Siren System located throughout the EPZ would be used to alert the public to listen to local radio and TV for information provided by County Officials.

A Joint Information Center (JIC) would be stood up at FPL’s Emergency Operations Facility in Perrine with both Monroe and Miami Dade Public Information Officers on hand to work with media to keep the public informed.

In addition to the JIC the Emergency Operations Facility will be the focal point of coordination between FPL and County and State Emergency Mangers.

In the extremely unlikely event of the requirement to evacuate portions of the EPZ, affected individuals will be guided to Emergency Reception Centers located at the Key Largo School and at Tamami Park. At these Reception Centers services include decontamination, radiologic monitoring, shelter, food and water.

Given the excellent safety record of nuclear power in the United States and at Turkey Point, the likelihood of any danger to a member of the public is exceedingly small.

Nevertheless, it is vital that both Emergency Managers and local media are ready to respond appropriately. Thursday’s meeting was a good example of both Counties continuing efforts to be ready to protect their residents.