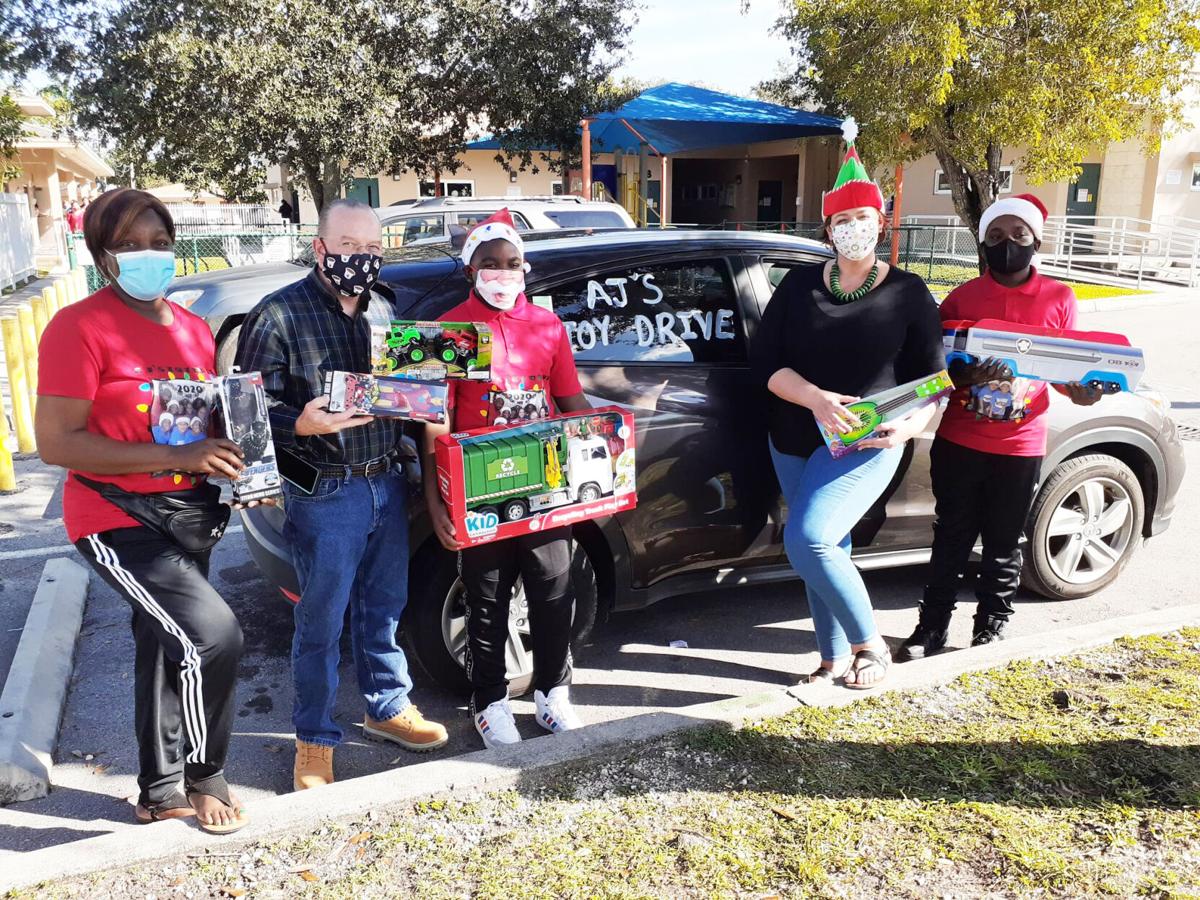 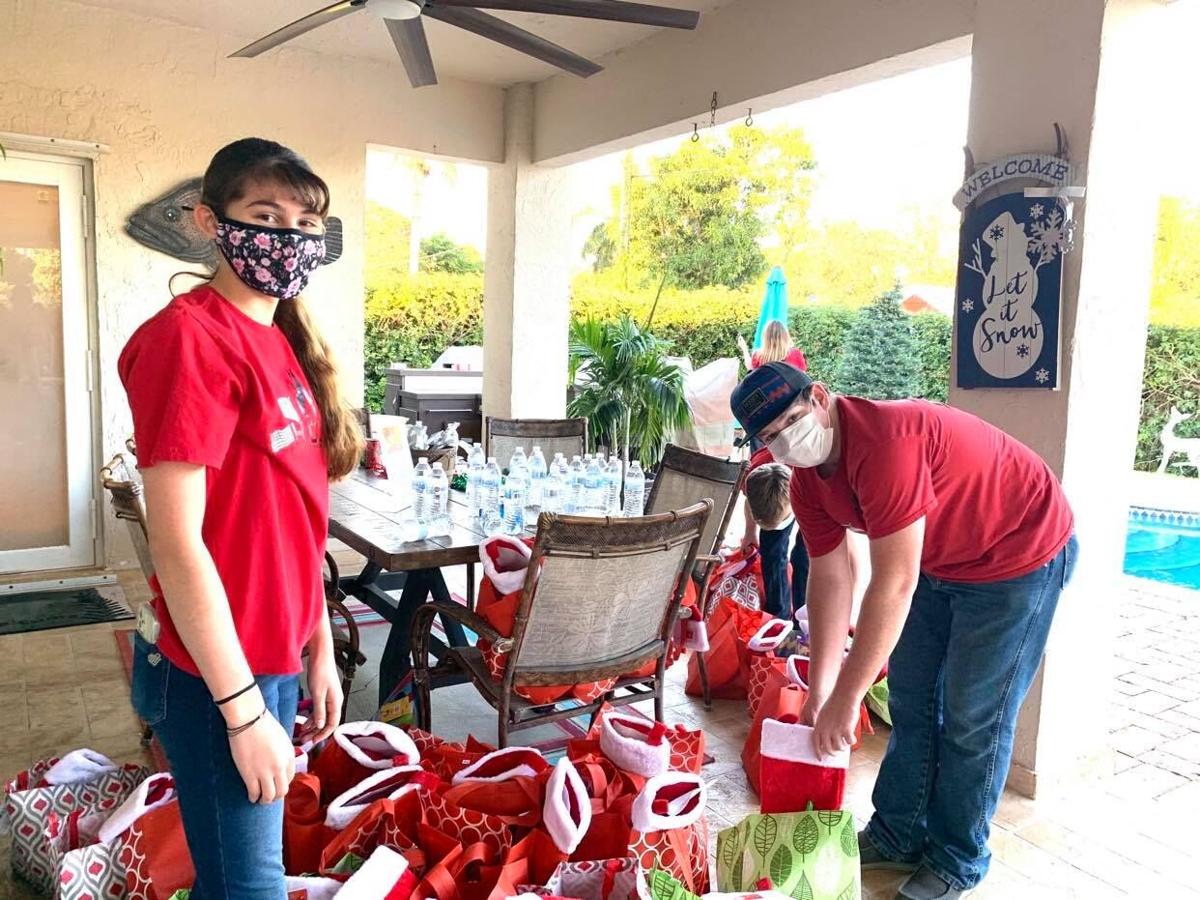 The Homestead Outreach Team (H.O.T) has become adept at assembling bags of

different items to distribute in their on-going work. 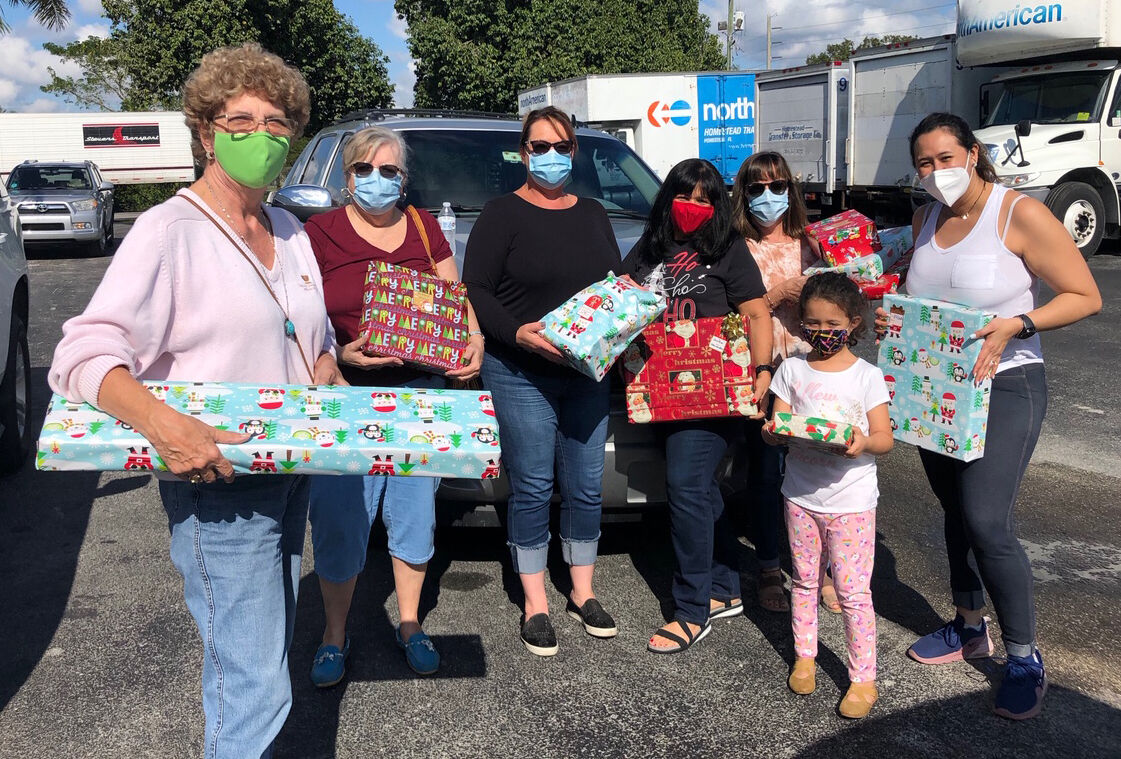 The Homestead Outreach Team (H.O.T) has become adept at assembling bags of

different items to distribute in their on-going work.

Our communities are always known for extra sharing during the holidays and the need has been especially great in the year of severe COVID-19 impacts. Dozens of churches, civic groups, individuals, municipal, and non-profits organizations have put together distributions of toys as well as food and sometimes other items, most often as drive-thru events.

A small sampling of those efforts highlight the caring spirit shown during December 2020.

Ajay Evens (AJ), a child himself, has become well-known for collecting toys throughout the year to share all around the community. His friend, Tayshaun Brady, has been by his side for the three years they’ve been bringing big smiles to faces. His mother, Camille Graham, gave an update. “This year AJ did it differently because of Covid-19. But he asked me to help him to still make the kids happy by bringing the gifts to the teachers to deliver to the kids. So far AJ has done 160 kids at Le Jardin Site #5, and Little Hands of Love for 41 kids. We are also helping out a family in Jamaica with 6 kids where their house was burned out. AJ is taking calls for any kid that he can reach to put a smile on their face. He would like to say a big and bigger thank you to all his supporters who believe and stand with him  on his journey.”

The non-profit Brightseasons often helps individuals that they don’t publicize due to the personal nature of many situations. A recent Facebook post though gave a glimpse into some of their activities. “Brightseasons has been busy these past few weeks!

We have distributed over 200 toys for the children who were in need throughout Homestead! We helped a few employees from Homestead Hospital who were struggling this year, we sent gift cards for food to a struggling waitress in town, and a single hard-working mother who is going through a really tough season had a little help from us. We can only do this because of you all who help us year-round. We appreciate you. So many of the families that we have helped in the past have made it through their season and have come back to support us as well! And that makes us so happy!”

The Homestead Outreach Team (H.O.T) is always working to help alleviate food insecurity and they stepped up the pace even more for the holidays. “We delivered a combined amount of (200) $1000 worth of Win Win Restaurant vouchers for kids to schools, Movement Church, and the Homestead Soup Kitchen.

The Soroptimist International of Homestead collaborated with the non-profit organization, Brightseasons and Homestead Rotary, to provide Christmas cheer to first and second graders at the South Dade Migrant Center. They were able to coordinate in advance for many of the children to make a short “wish list”. That enabled the group to shop from the list as well as to give each child a bag with sundry items.

The GFWC Woman's Club of Homestead has a strong focus on assisting farmworker families and they have run multiple smaller distributions as well as some large ones. They have a longstanding relationship with the Hispanic Police Officers Association (HPOA) who traditionally does a huge, fun-filled family event in December. With COVID-19 restrictions in place, they delivered loads of toys to the Woman’s Club instead to be part of their work. Brandy Ramirez was also contacted by Miami-Dade Commissioner Kionne McGhee’s office because a donor wanted to know who could handle giving out $50,000 worth of boots and shoes. More than 100 families were able to have this extra treat as they did a drive-thru event at the Woman’s Club to give toys, the footware, and hot meals to take home.

“We want to give them something to smile about. It’s so tough on everyone,” said Ramirez in discussing the various events they’ve held during the month.