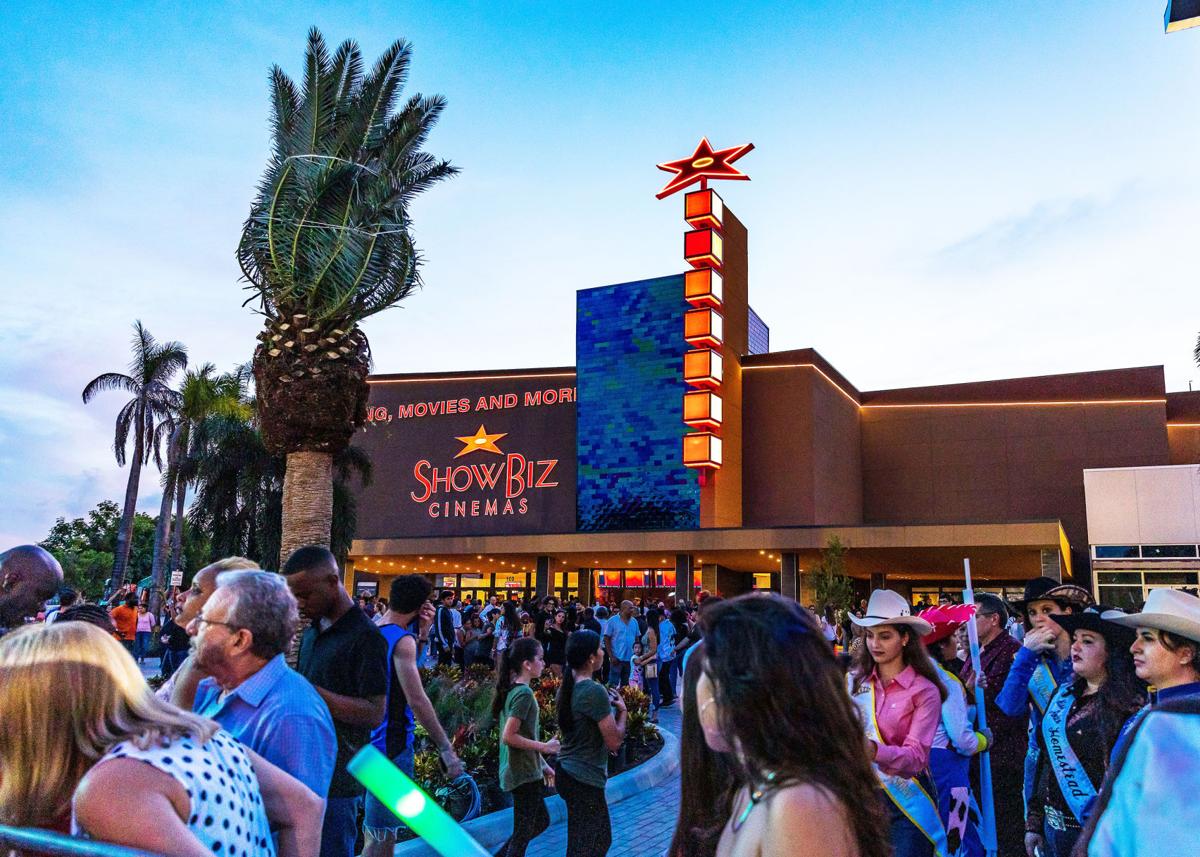 Approximately 5000 came out for all the excitement. 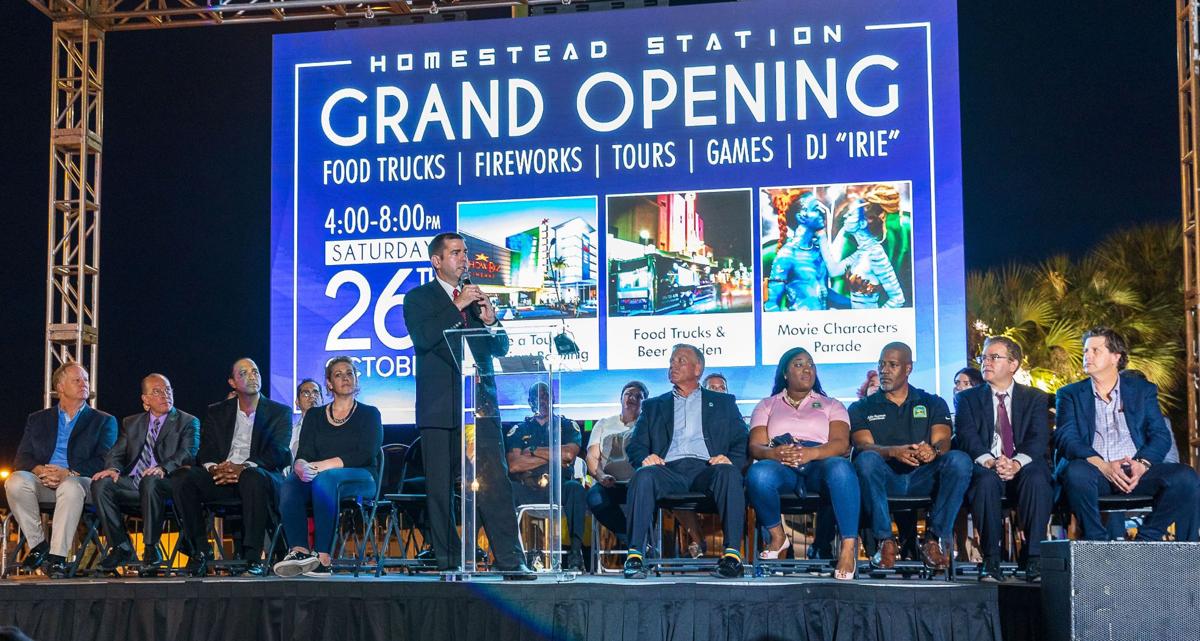 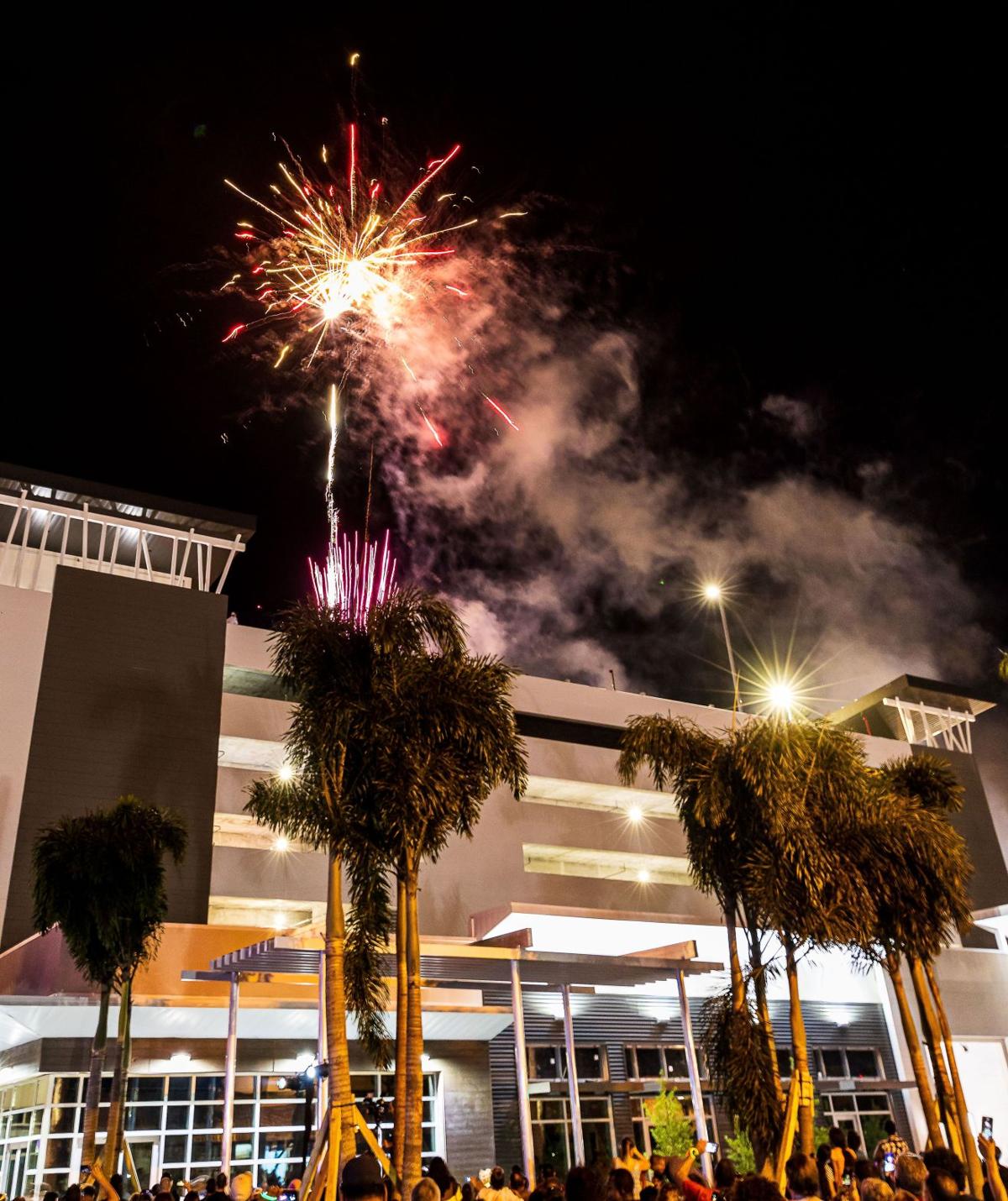 Fireworks topped off the celebration 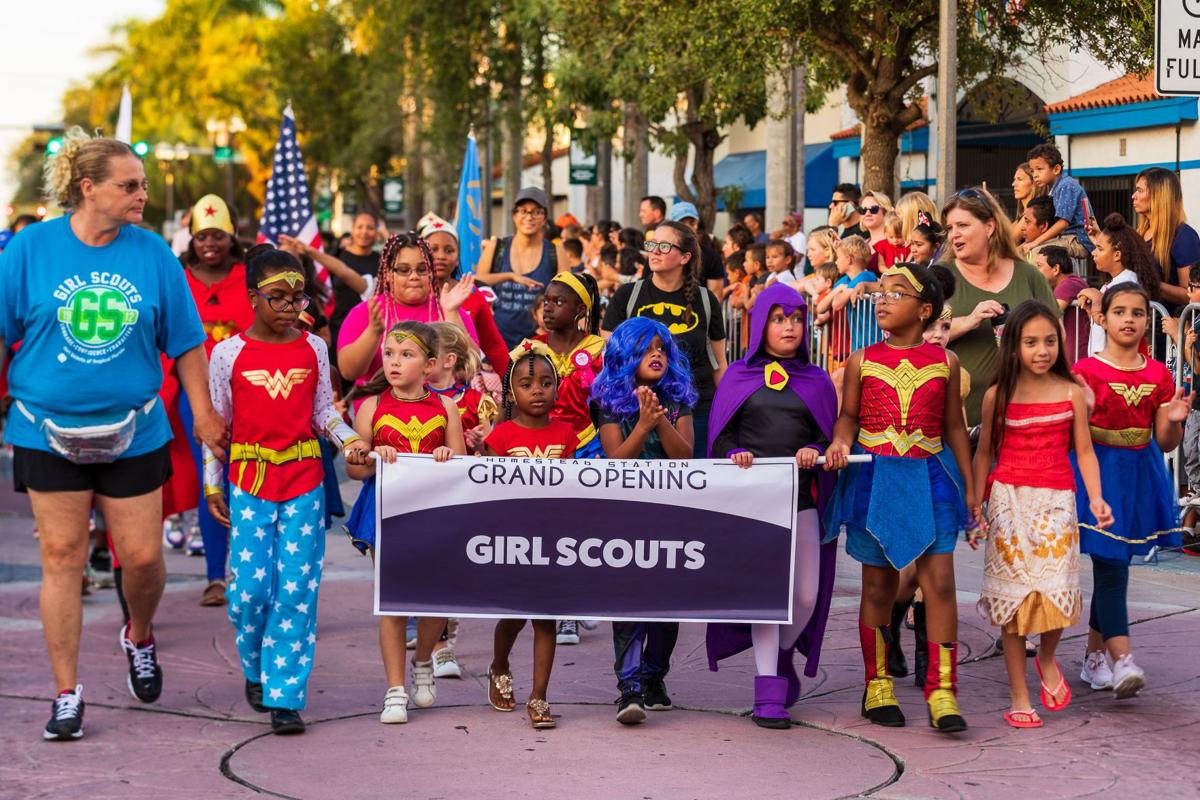 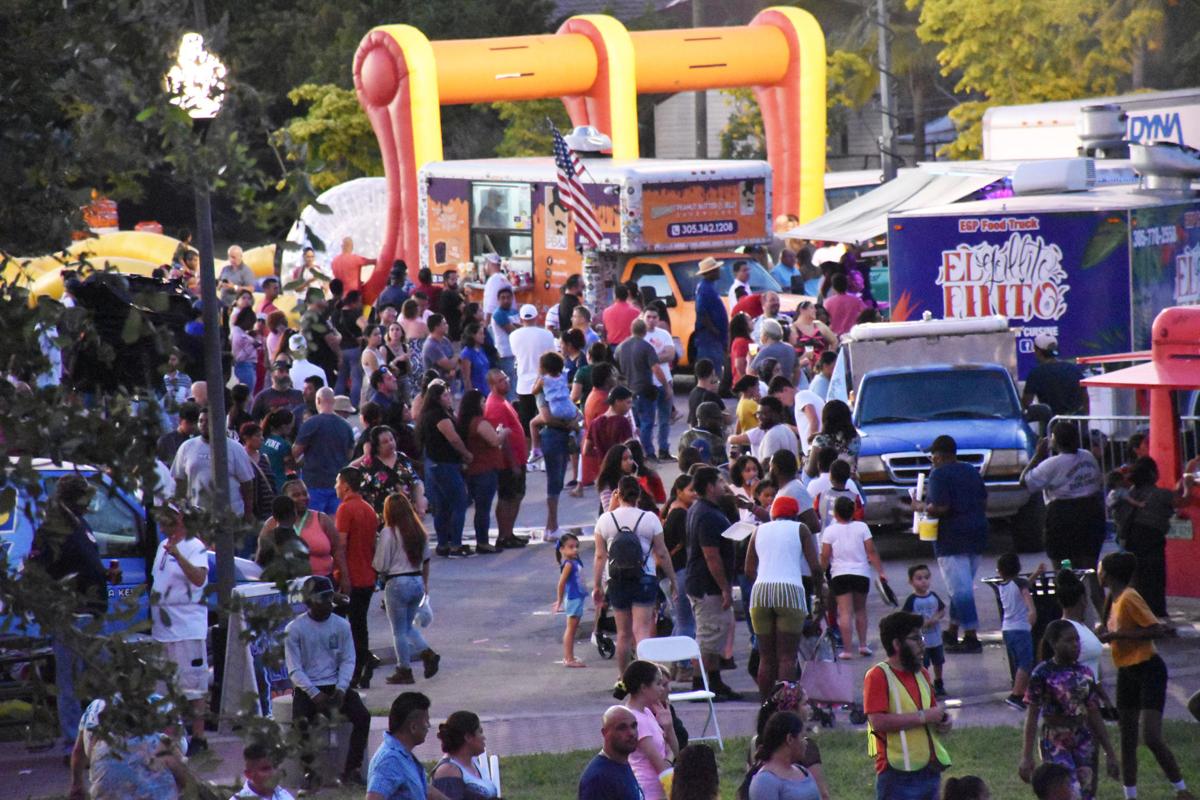 Approximately 5000 came out for all the excitement.

Fireworks topped off the celebration

The crowd at, and production of, the May 2018 groundbreaking ceremony for the Homestead Transit Station with Showbiz Cinema Entertainment Center were impressive. The grand opening Saturday, October 26, 2019 was even more so.

Excitement steadily built as word spread about festivities in Losner Park, a parade of costumed participants, fireworks, and other activities. While the official city events began at 4:00 p.m., the Seminole Theatre started early with a showing of, “Shrek”, their own costume parade, and arts and crafts. “We had about 100 people here,” Katherine Rubio, Director for the Seminole, said.

Residents and visitors of all ages, from babies in strollers to retirees like Michael Lewis were some of approximately 5,000 people who came to join the fun. Lewis, who’s lived in Homestead since 1954, and worked at Miami-Dade College, Homestead Campus, has seen many changes and was enjoying the evening. More recent transplants, Alicia Jowel from El Paso and Dick McCoy from Nashville, have lived here about three years. “We always come to the downtown events,” they said. “I didn’t think they could have it open when they said they would,” McCoy remarked. They plan to check out the movies and bowling and talked some about the future transit plan.

Ricardo Garcia, who lives on Homestead’s east side, was enthused. “Hopefully, this will be an incredible stimulation to our local economy. It’s one more thing to enjoy about Homestead.”

Rick Ammirato, former assistant city manager, returned for a visit to see this most recent fulfillment of downtown revitalization. “It’s absolutely spectacular. No longer will people have to fight traffic for something ike this. The community is going to love it.”

Kevin Mitchell, Chief Executive Officer of Showbiz Cinema, and his wife Juli, traveled from their home base of Dallas. “We’re excited to be here and about our partnership with Homestead,” he said and describes it as, “an entertainment center like Florida has never seen.” Although they are operating four others with a combined movie theater, bowling alley, video arcade, bar, and restaurant, this is their first such complex in the state, and they intend to expand. “It’s great for families and has something for everyone,” his wife added.

Councilwoman Jennifer Bailey has that same idea. “I’ve lived here for fifteen years and have dreamed of something like this; something to go to with the kids or maybe for a date night.”

Former Homestead Mayor Jeff Porter, who was in office for the May 2018 groundbreaking, was not surprised at the crowd’s eagerness. “This is pretty amazing, right? This is exactly what we wanted; the plan we worked for.”

The clock moved toward 6:00 p.m. and cheers and applause greeted the seventeen groups in the “March of the Movie Characters”. As the parade of zombies, superheroes, famous women from history, young wizards, and so forth trailed to the end, everyone followed them to the stage set in front of Showbiz.

Members and representatives from each level of government from U.S. Congress to the City took their place for official comments. Former Homestead mayors Nick Sincore, Roscoe Warren, and Jeff Porter were also present.

Mayor Stephen Shelley briefly listed the multiple grand openings - City Hall, the Police Station, the Historic Seminole Theatre, “The community wanted more things to do. This complex provides premiere entertainment and a foundation for mass transit. This dream, this vision took a lot of work. It’s the largest public/private partnership project we’ve had.” He praised City Manager George Gretsas, saying, “Without his leadership, this wouldn’t have happened.”

Vice Mayor Jon Burgess added his thanks to the City Manager, Gemma Torcivia, key in the project management, and Mr. Kevin Mitchell of Showbiz Cinema. Each council member expressed their appreciation and Florida State Representative Kionne McGhee included, “On behalf of the state of Florida, thank you,” in his remarks. The City Manager acknowledged thanks to all who had part in making the night possible and reminded the audience, “This will be successful if you make it successful.”

The Mayor, council members, and Mr. Mitchell, led a “Three, two, one!”, countdown to a montage of movie trailers that played across the big outdoor screen. Collective shouts of approval extended in response to the lively fireworks display; colorful bursts intermingling with flames shooting skyward as movie theme songs blared from the speakers. The display was set up on the roof of the attached six-story parking garage.

The night was far from over as the line formed to enter the complex for a sneak preview of the ten theaters, fourteen-lane bowling alley, video arcade, food area, and bar. The doors will open Friday, November 1, 2019, for operation. Mr. Rene Joubert, of I3Interests, will continue to work with businesses that will fill the other retail spaces. Periodic updates of those and phases of the Transit Center, which will house the Bus Rapid Transit (BRT) system, will be provided.