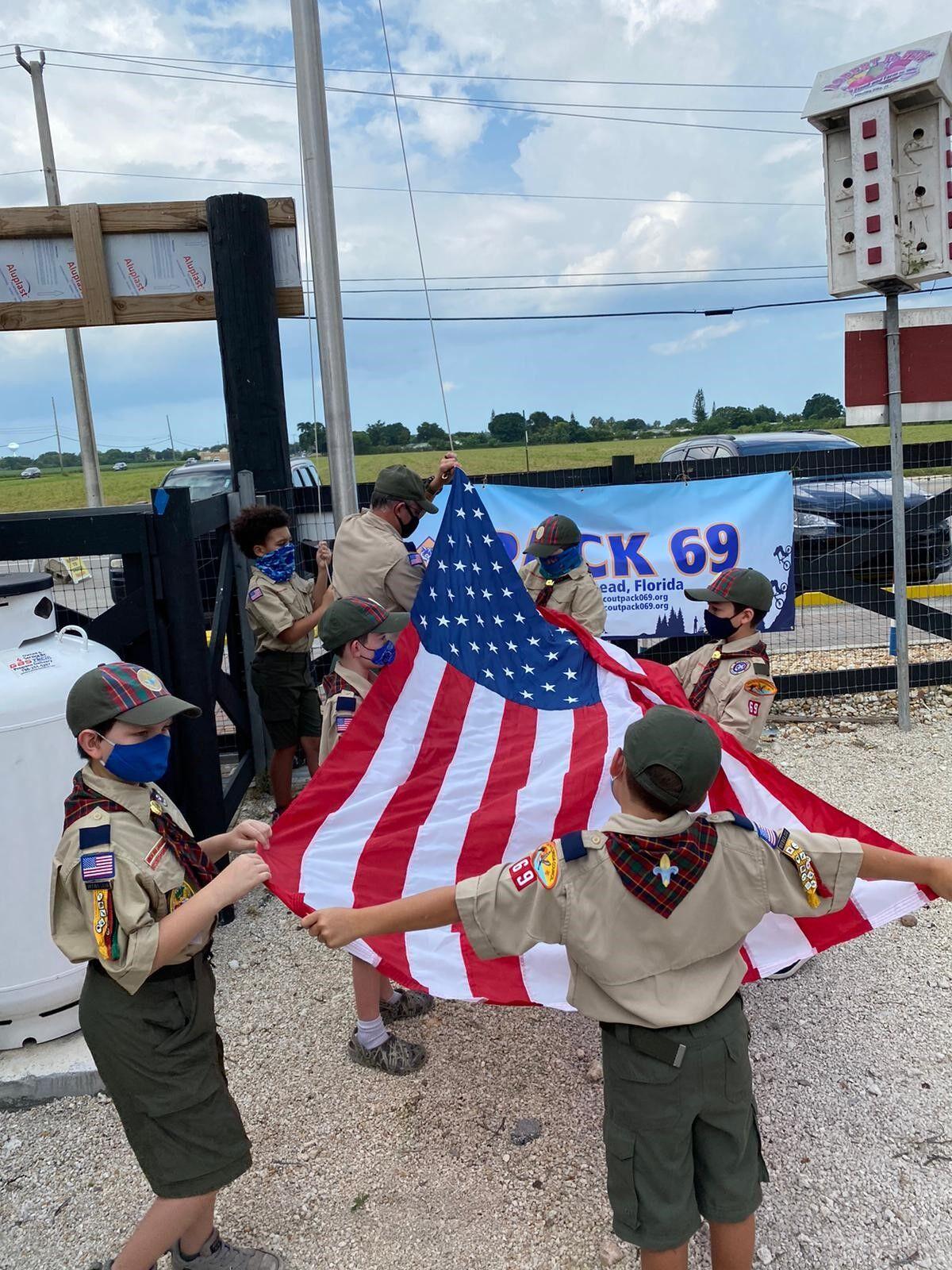 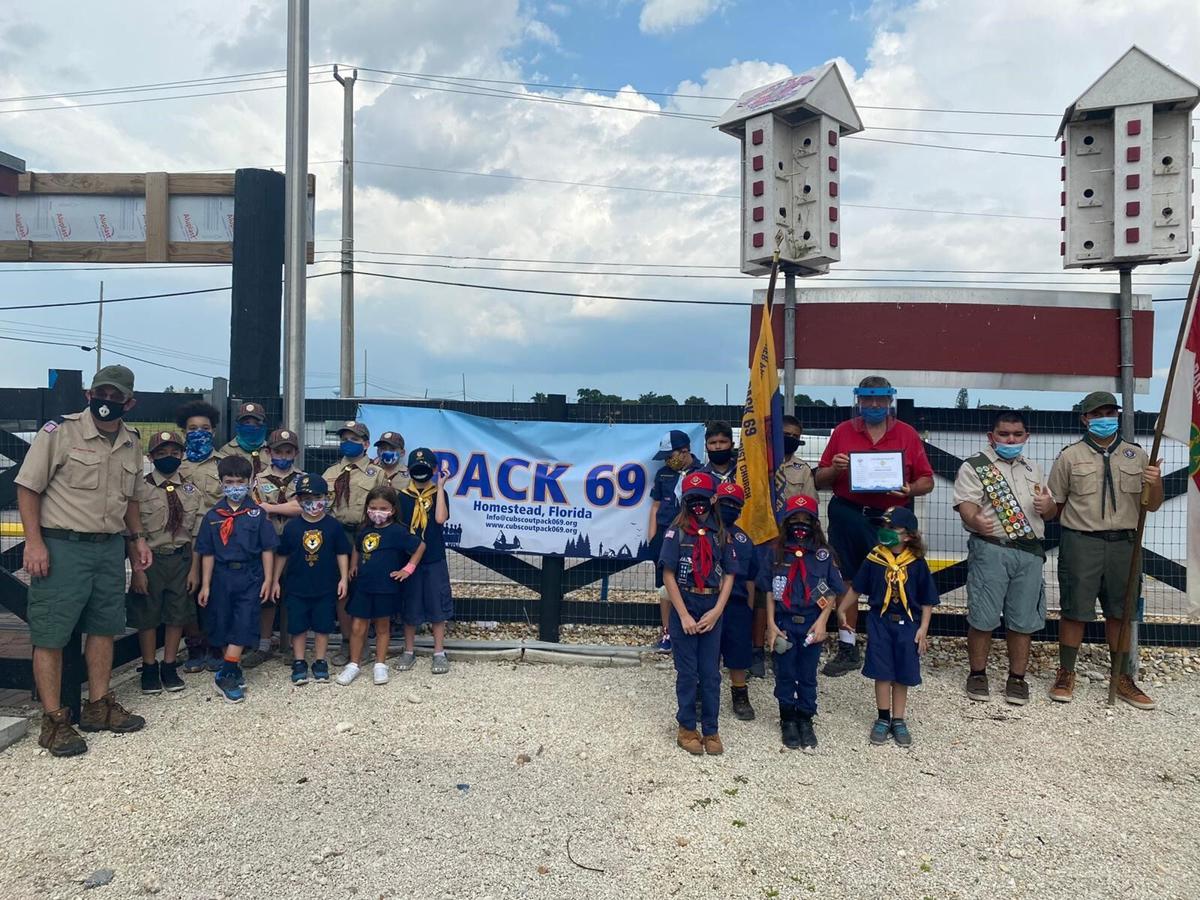 Cub Scout Pack 69, led by Cubmaster Jeremy Parker, headed out to the famous Robert Is Here fruit stand to replace the American flag that had served well beyond its tenure. In formation, the scouts arrived at the flagpole, brought down the tattered version of Old Glory, dutifully folded it and replaced it with a brand-new flag, donated by the pack. Mr. Parker then presented fruit stand owner, Robert Moehling, with a certificate of appreciation for partnering with the pack to build patriotism and respect for the flag into their scouting program.

The pack has stated that the flag will be properly retired at a later date and they intend to continue with this service project throughout the scouting year.