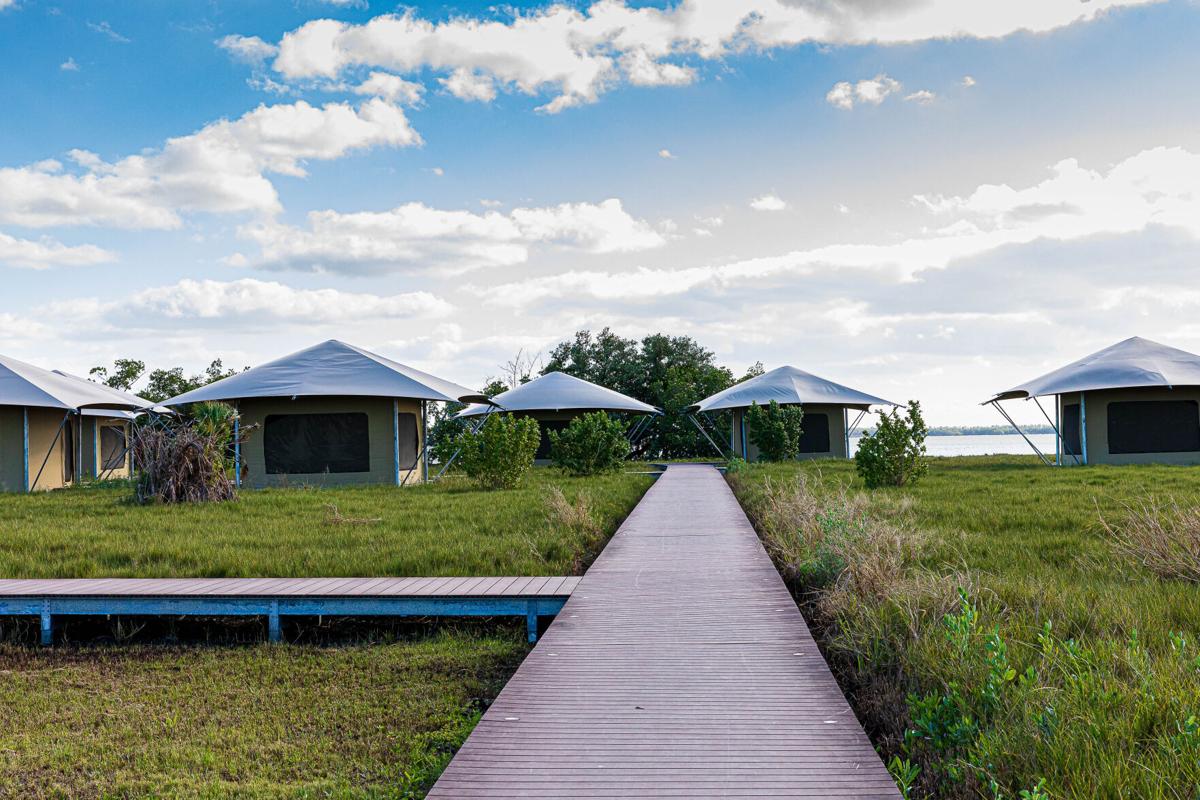 A view along one of the raised walkways of the Eco Tents at the Flamingo Campground. 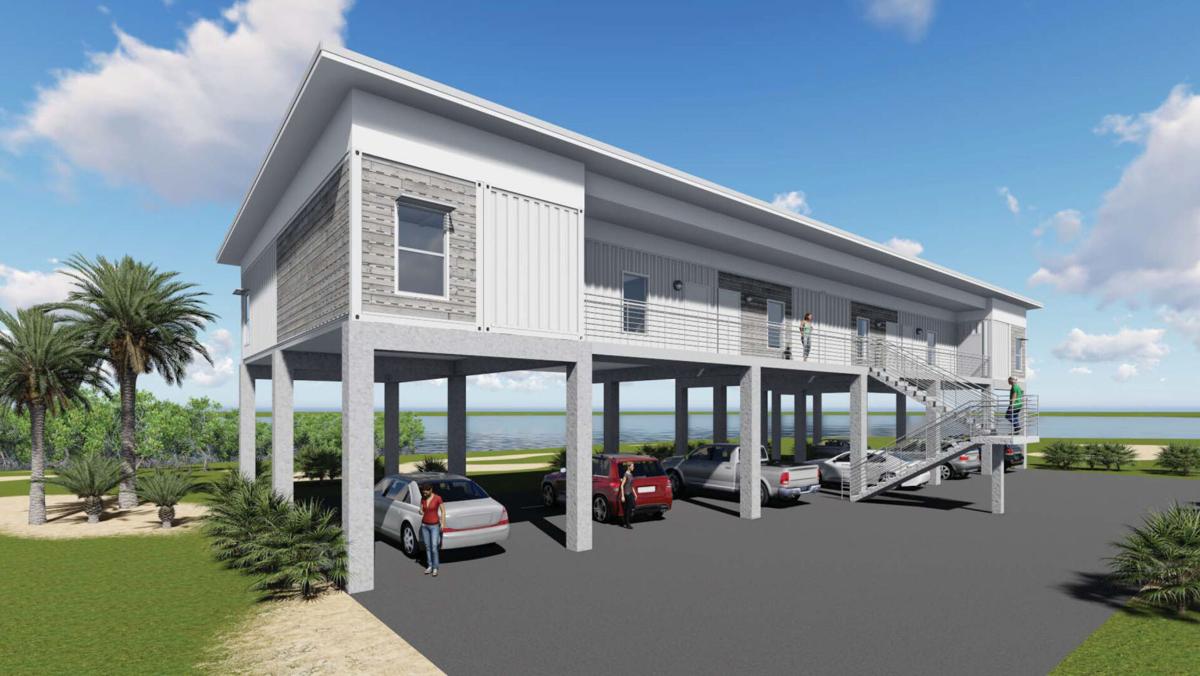 Flamingo Cottage Rendering, provided by Everglades National Park shows one of the lodging buildings in the new Flamingo Lodge complex. 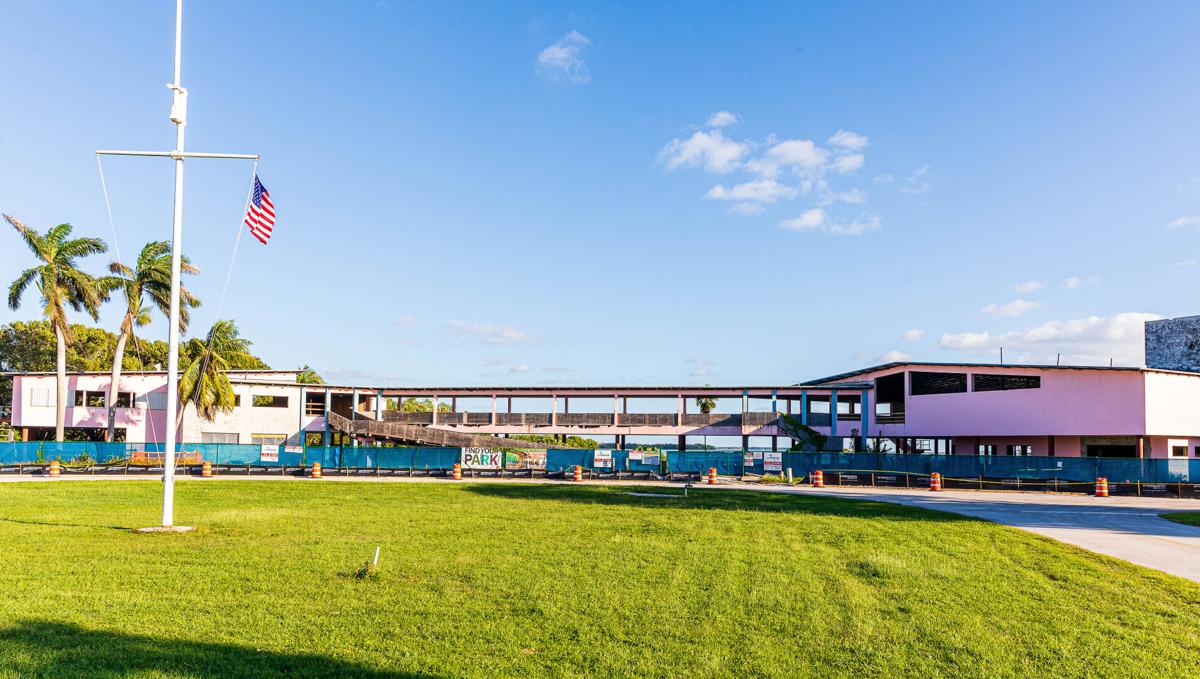 The Flamingo Visitors Center to be named for Guy Bradley, now has a new roof and rehabilitation of both the exterior and interior is well under way. 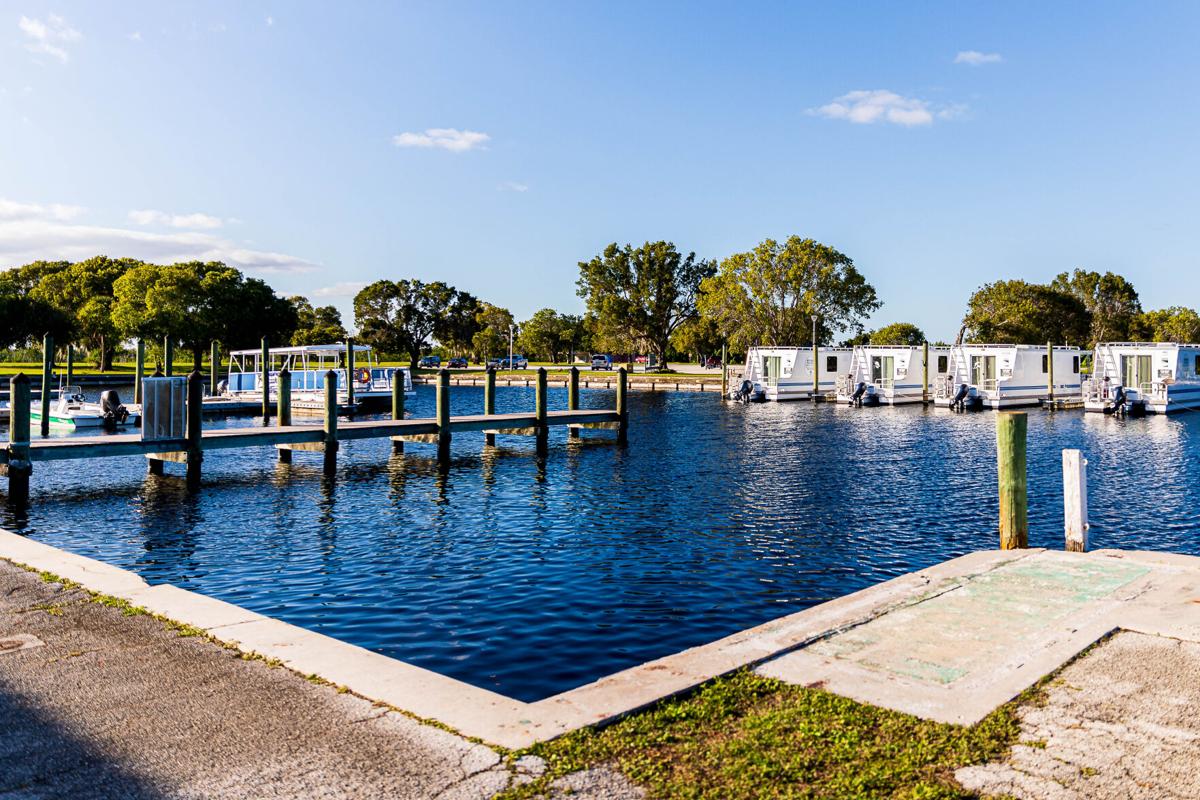 Rental Houseboats and the boat used for the back-country tours are docked in the Marina.

A view along one of the raised walkways of the Eco Tents at the Flamingo Campground.

Flamingo Cottage Rendering, provided by Everglades National Park shows one of the lodging buildings in the new Flamingo Lodge complex.

The Flamingo Visitors Center to be named for Guy Bradley, now has a new roof and rehabilitation of both the exterior and interior is well under way.

Rental Houseboats and the boat used for the back-country tours are docked in the Marina.

Revered around the world, Everglades National Park, is showcasing new facilities for adventurers of all ages.

Well before the establishment of Everglades National Park, the Flamingo area was home to commercial and recreational fishermen. Though most of the settlement of Flamingo and the fish processing house that it supported were long gone when the Park came into being, access and support for fishing, camping, and canoeing was recognized as an important aspect of allowing the public to enjoy the newly created Park.

Infrastructure including a marina, gas station, campground, café, giftshop, and Ranger Housing was built. A major upgrade was the 103 room Lodge which opened in 1959. The two-story pink Flamingo Lodge and Visitors Center was built as part of Mission 66, a 10-year project to upgrade National Park amenities to celebrate the 50-year Anniversary of the Park Service.

Though somewhat dated and sometimes suffering from a lack of maintence funds in the Parks budget, the facilities at Flamingo remained very popular with visitors and users of the Park. However, the multiple storms and hurricanes of the summer of 2005, culminating with the nine-foot storm surge of Hurricane Wilma damaged or destroyed almost every building in the Flamingo area of the Park.

It has been a long road back, interrupted by Hurricane Irma in 2017, but much progress has already been made with two very significant facility improvements scheduled to come online in 2021.

The reopening of the marina store and fuel dock has been a boon to recreational fishermen and local fishing guides as well as other Park visitors.

Back country boat tours leave the marina four times a day for a 90-minute excursion. To provide for social distancing the boat operates at 50% capacity with up to 20 guests. A bay side tour option is planned soon.

A fleet of four houseboats, each sleeping up to 6, are available for rent with a two-night minimum.

The RV campground has 120 slots and has been upgraded with modern lighting that is friendly to both night vision and star gazing. It also can accommodate tent camping. Plus, 30 walk-in campsites along the shore area as well.

The most innovative camping option are the Eco-tents. First prototyped in 2013 and 2014, 20 Eco-tents built on raised platforms and connected by boardwalks, provide comfort and great views of the bay. With both furnished and unfurnished options each tent provides electricity and ventilation with mosquito proof screening.

Furnished options include fans, lighting, seating and either two full-sized or one queen-sized bed.

J.J. Condella, General Manager of Flamingo Adventures said, “The beds and the views get rave reviews from our guests.”

Work is already underway on a new Flamingo Lodge and Restaurant. Guest Services Inc., parent company of Flamingo Adventures has entered into a public / private agreement with Everglades National Park to build and operate a 24-room complex that will also include a restaurant seating approximately 100 patrons. The rooms, split between four buildings designed with both hurricanes and sea level rise in mind, will feature studio, one and two bed configurations. According to Condella, the goal is to have rooms available in Fall of 2021.

This rapid construction is possible through a modular construction approach with each guest room constructed off site in a repurposed shipping container. Though modern in design, both the integration into nature and the sense of place evoked by the “Florida motel” exterior look are reminiscent of the Mission 66 design philosophy. Pedro Ramos, Superintendent of Everglades and Dry Tortugas National Parks said by email, “We are very much looking forward to the revitalization of the Flamingo area. Bringing back the overnight accommodations is an essential part of creating the world class experience that our visitors expect and deserve.”

The last piece in the restoration of Flamingo is the refurbishment of the 1957 vintage visitors center. Beginning with a historic preservation grant of $250,000 received by the Park and the South Florida National Parks Trust and utilizing additional public and private funding, the building has been gutted and the roof totally replaced. The new roof and other structural improvements will provide resistance to 180 mile per hour hurricane winds. The refurbished interior will provide for exhibit and information areas, a bookstore, and a law enforcement headquarters. Externally the distinctive pink color and Mission 66 Architect Cecil John Doty design will be preserved.

The Center is to be named for Guy Bradley, a game warden assigned to the Flamingo area, who was killed in 1905 while confronting poachers. Opening of the center is projected for summer of 2021.