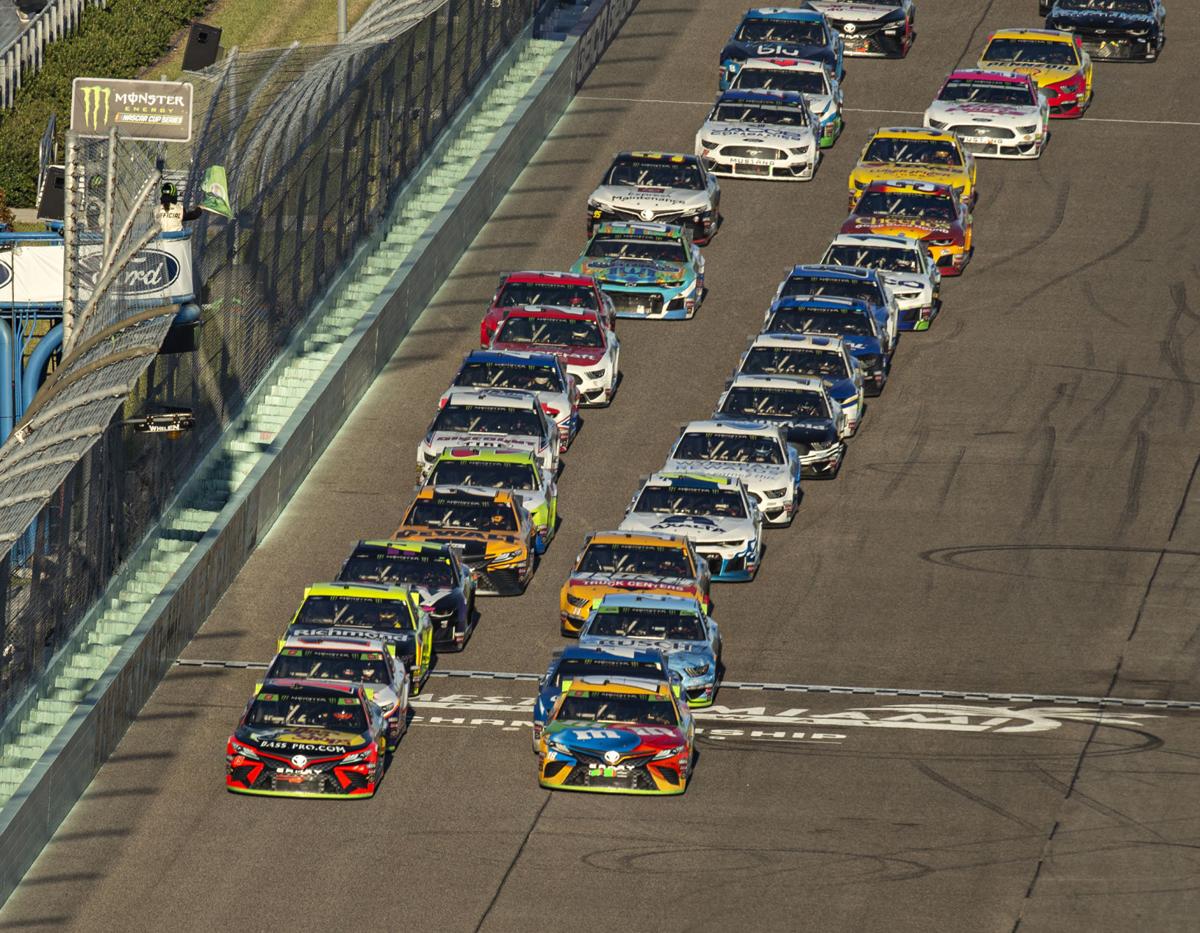 Drivers line up for the green flag during the Ford EcoBoost 400 at Homestead-Miami Speedway in November 2019. 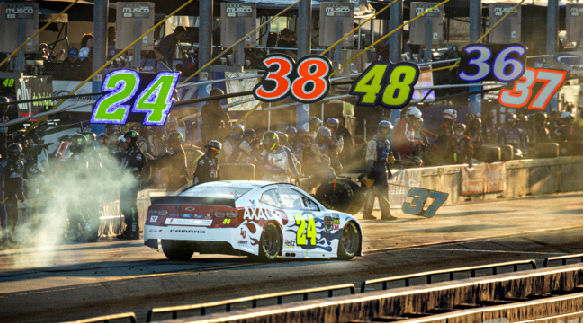 Pit crews wait for their drivers.

Drivers line up for the green flag during the Ford EcoBoost 400 at Homestead-Miami Speedway in November 2019.

Pit crews wait for their drivers.

After having to cancel their March races due to the Coronavirus, Homestead-Miami Speedway will host four races this weekend.  And they will be the first national sporting event in America to allow spectators - 1,000 South Florida service members, representing the Homestead Air Reserve Base and U.S. Southern Command in Doral will be on hand as honorary guests to view a race from the grandstands.

Homestead-Miami Speedway will host the first sporting event with a live audience in the United States since the initial pandemic outbreak in March with hosting NASCAR’s Dixie Vodka 400 on Sunday (3:30 p.m., FOX).

“We have approval from the great city of Homestead, Miami-Dade County, and the state of Florida in conjunction with the Centers of Disease Control, the Department of Health, and with all of the state and local city authorities to host up to 1,000 military members and their family dwellers,” Homestead-Miami Speedway president Al Garcia said.

The Homestead-Miami Speedway has extended invitations to the Homestead Air Reserve Base, Special Operations Command South, and the U.S. Southern Command.

“The hope is we get the service members and their families to come out and enjoy some NASCAR racing,” Garcia said. “What that means is if you’re an enlisted active duty person and you have a husband and two kids you can draw out four tickets to come to the race and watch. It’ll be the first sporting event since the pandemic hit so that comes with a tremendous amount of responsibility. We’ve got to get it right and we don’t want to take a step backwards.”

Spectators will be allowed to begin entering Sunday’s race 90 minutes before the start. The other three races over the weekend will be conducted without fans.

“All of the family dwellers can sit together because they live under the same roof and there won’t be anyone within six feet of them,” Garcia said. “We have reserved seating in blocks of two, four, and six. We’ll have ushers there to make sure they respect the social distancing protocols and we will be screening them before we allow them onto the property. Just to get into the parking lot you’re going to have to show a ticket because we don’t want people that are not invited to come and hang out and party in the parking lots.

“When they pull in, they’ll be screened. Their temperatures will be taken and they’ll be asked a series of questions and if they are determined to be clean or asymptomatic of any kind of corona potential, then we’ll give them a wristband that they’ve been screened that their temperatures are below 100.4, they haven’t traveled internationally, and they’re not coughing or sneezing or have any flu-like symptoms.

Food will be provided to the spectators.

“We’re going to be providing them all box lunches because due to the coronavirus and the nature of food prep, we’re not comfortable in cooking additional concessions like you see at an air show or race,” Garcia said. “We’ll have pre-packaged sandwiches, a bag of chips, and a candy bar so every service member and their family members that walk through the gate gets a boxed lunch. Of course, it’s NASCAR so we have to have a few beer stands and we will be selling canned beer, no draft beer.”

Garcia is embracing the responsibility of being the first sporting event with a live audience.

“Obviously, we have a lot at stake--we’re the first one out of the box—and with it being our 25th anniversary and the fact that the track was a sign of relief after Hurricane Andrew as the first development in the city of Homestead, which was devasted in ’92,” Garcia said. “Since then, there’s been a rebirth of Homestead and the track has done what it was supposed to do. It’s a public-private partnership to stimulate the economy, create economic

development and that has worked. So 25 years later that we have a hand in trying to return to normalcy or the new normal, we take that as a great honor and a big responsibility.”