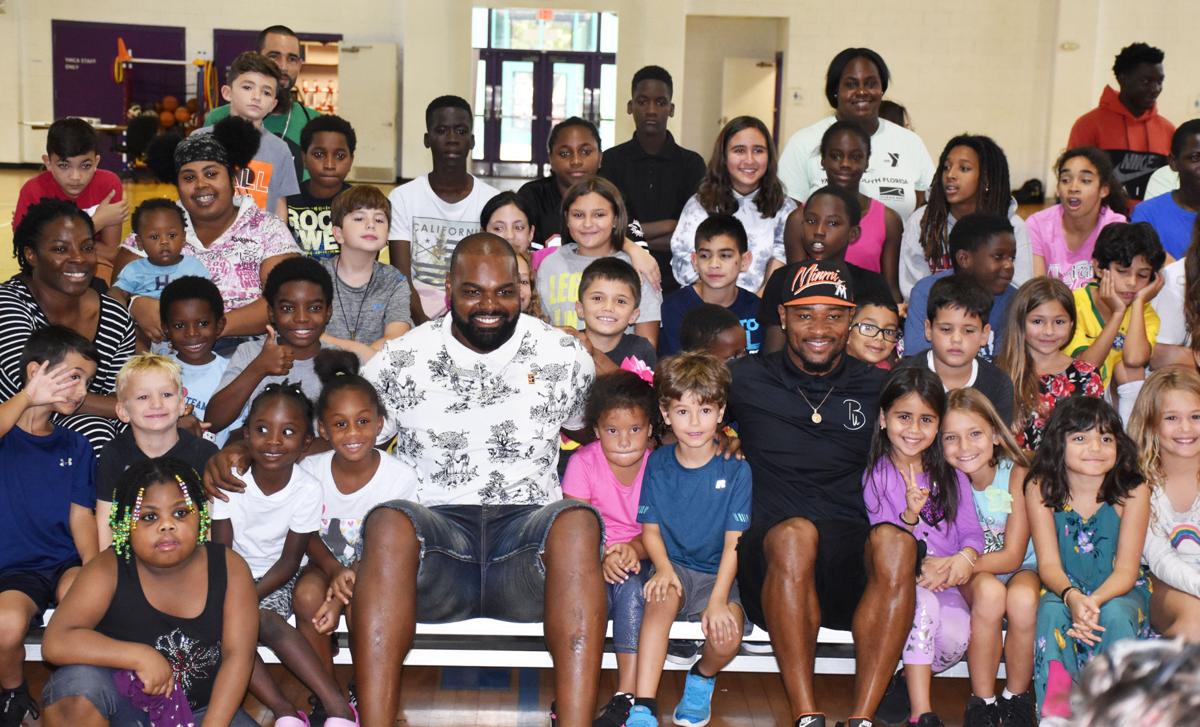 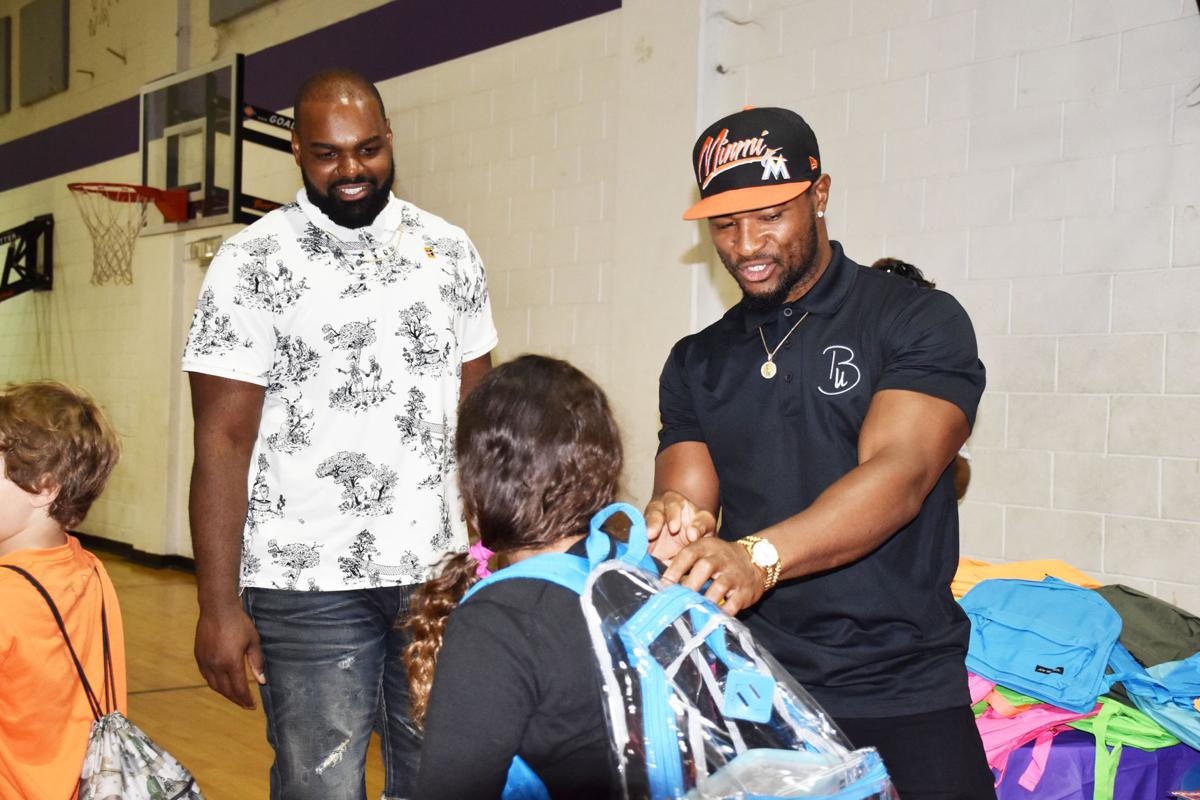 Oher and Sanford give a backpack and encouragement to a student.

Oher and Sanford give a backpack and encouragement to a student.

Oher and Sanford spoke to the kids with a motivational, positive message about how to overcome obstacles and get ahead in life. They also helped the kids get ready for the new school year, giving away backpacks filled with back-to-school supplies.

Additionally, Oher and Sanford wanted to share their stories and motivate kids to become successful regardless of their circumstances.

Oher says, “Though the odds were heavily stacked against me, I had a burning desire deep down to break out of the inner-city and into a world of opportunity.” His personal story was told in the Academy Award winning movie, “The Blind Side.”

Michael Oher graduated from the University of Mississippi, and played as an All-American with the Ole Miss Rebels. Picked #24 in the first round of the 2009 draft, Oher was an offensive tackle in the NFL for seven years, playing with the Baltimore Ravens, Tennessee Titans, Carolina Panthers. He was part of the Ravens team that won Super Bowl 47. Currently, he is running his foundation “Beat the Odds,” which provides empowering education and healthy

living opportunities for people in need.

Jamarca Sanford also studied at the University of Missippi, playing football with the Rebels for four years. Sanford played in the NFL for six years. He was a safety for the Minnesota Vikings and the New Orleans Saints. He currently lives in Miami where he is a real estate investor and runs his non-profit organization “Believe in Yourself,” dedicated to providing opportunities for children and making their dreams come true.